Accessibility links
For Help On Coronavirus, Italy Turns To China, Russia And Cuba : Coronavirus Live Updates Teams from Russia, China and Cuba have arrived in recent days to help Italy. There's gratitude — along with anger that the U.S., Italy's traditional ally, is absent.

For Help On Coronavirus, Italy Turns To China, Russia And Cuba

For Help On Coronavirus, Italy Turns To China, Russia And Cuba 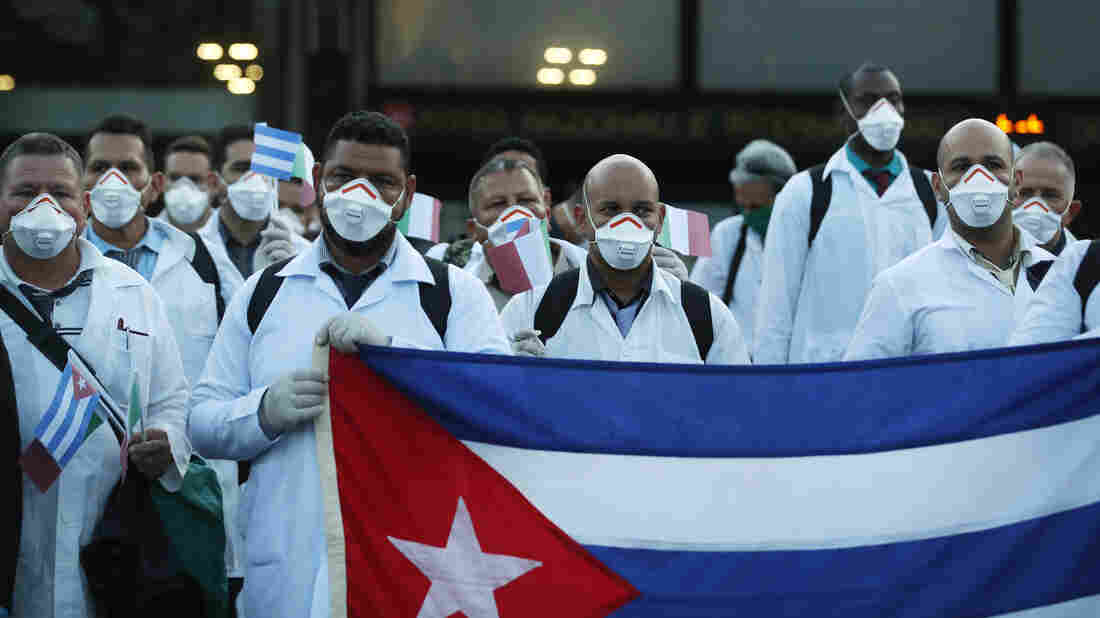 More than 50 doctors and paramedics arrived in Milan from Cuba on March 22 to help with coronavirus treatment. Antonio Calanni/AP hide caption 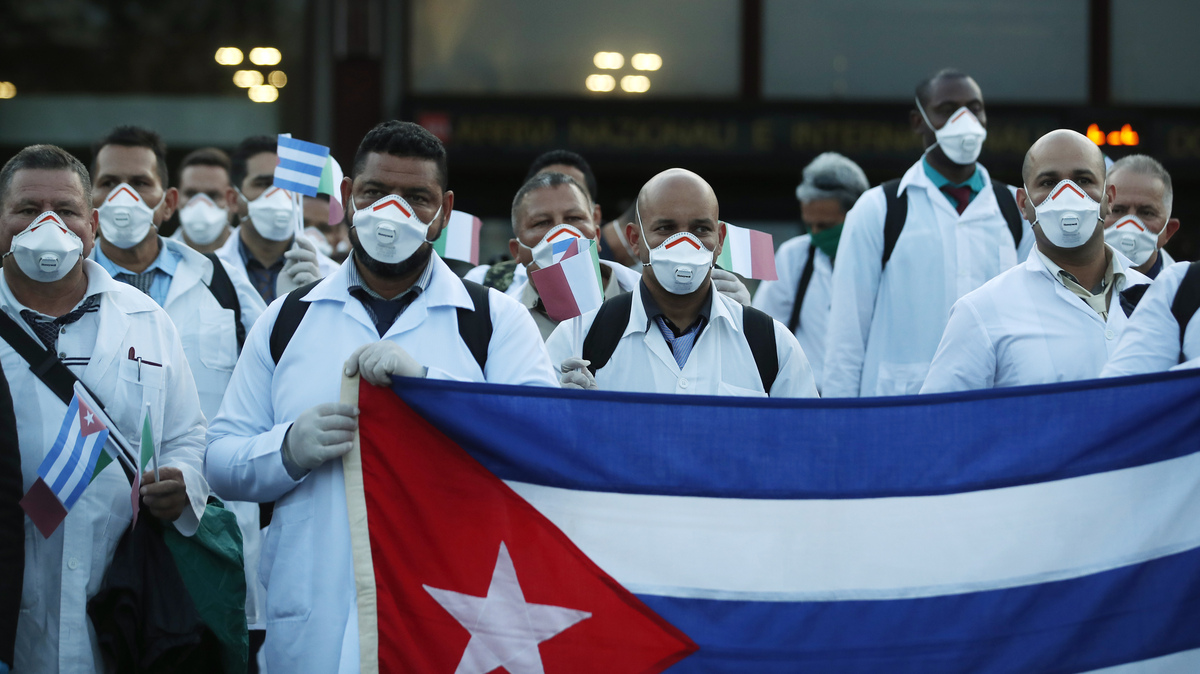 More than 50 doctors and paramedics arrived in Milan from Cuba on March 22 to help with coronavirus treatment.

In Italy, when political analysts say, "Here comes the cavalry" ("arrivano i nostri"), they're not talking Hollywood Westerns. They're saying, "Here come our guys: the USA has got Italy's back."

But today, the "our guys" have included less traditional friends.

First, Chinese teams arrived March 13 with medical equipment and experts who explained that Italy's lockdown was too weak — too many people strolling, not enough protective masks, too many businesses open. Italy soon tightened the screws. Now the Chinese flag is displayed on the large aid shipments of medical supplies with the words "The friendship road knows no borders."

Italy's Foreign Minister Luigi di Maio, who heads the Eurosceptic, anti-establishment Five-Star Movement, has taken credit for this and noted how the good will generated by Italy's gesture is now paying off.

"We have shown our openness to and friendship for many countries in the world," di Maio said, "and now Italy is receiving assistance."

After the Chinese came the Russians — in an aid operation the Italian media dubbed "From Russia With Love." Nine Ilyushin 76 planes arrived Sunday with virologists, epidemiologists, medical equipment and pharmaceuticals.

"Never had so many Russian planes and personnel landed before in a NATO country," a story in the daily La Repubblica said.

In his daily news conference from Milan, the Lombardy regional councilor for health services, Giulio Gallera, smiled broadly as he announced the arrival of Russian doctors at Papa Giovanni Hospital in Bergamo, the Italian virus epicenter.

Also on Sunday came a medical brigade from Cuba — whose experts had previously battled Ebola in Africa.

Thirty-seven Cuban doctors and 15 nurses (described by La Repubblica as the "most simpatico") were deployed to the Lombardy town of Crema. Photos of the Cuban team posted on Italy's Civil Protection Agency Facebook page had been shared almost 21,000 times by Wednesday morning. The many comments were of gratitude — and anger that the U.S., Italy's traditional ally, seemed absent.

But the U.S. is sending some help. On Saturday, the Air Force "sent a C-130 filled with medical supplies to Italy," Secretary of State Mike Pompeo said Wednesday. "The U.S. military is also finalizing plans to make some of its excess medical equipment deployed there available to our Italian friends."

Few Italians have illusions that the new "our guys" are motivated by altruism. China is seen as trying to clean up its image, tarnished by a lack of transparency and mistakes in handling the Wuhan outbreak. Cuba, under renewed American sanctions, needs all the international solidarity it can get. And Russia may be hoping for Italy's help in pushing for a lifting of the international sanctions imposed in 2014 after it annexed Crimea.