Accessibility links
Jordan Keeps Coronavirus In Check With One Of The World's Strictest Lockdowns : Coronavirus Updates The Middle Eastern kingdom has forced most people to stay indoors, banned driving and even temporarily shut down grocery stores and pharmacies.

Listen · 2:24 2:24
Jordan Keeps Coronavirus In Check With One Of The World's Strictest Lockdowns 2:24 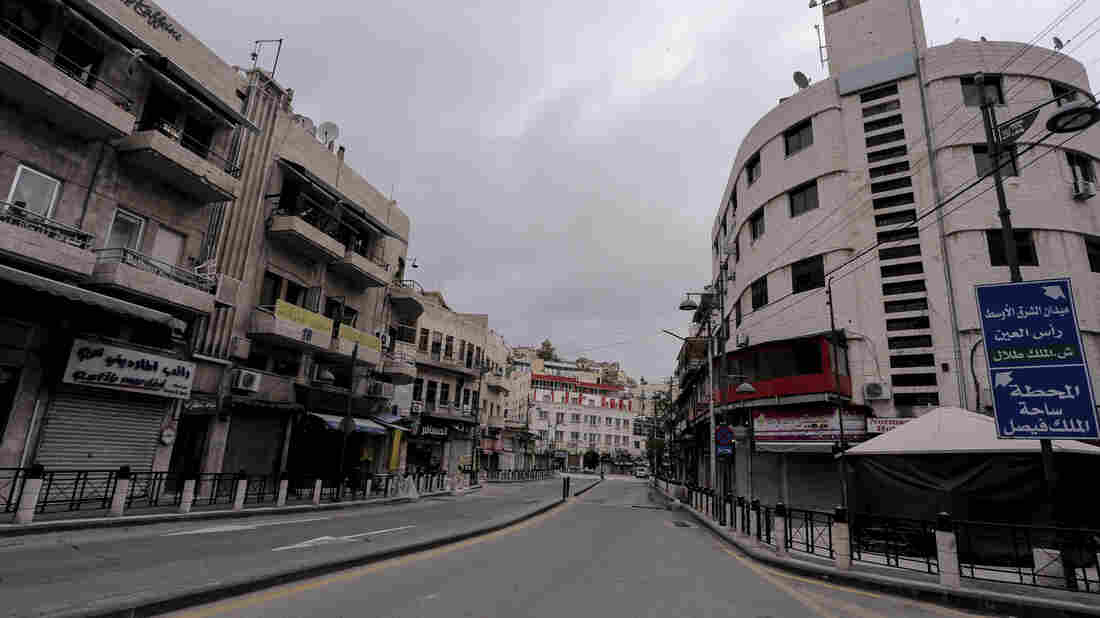 The streets of Jordan's capital of Amman are seen empty after the start of a nationwide curfew on Saturday amid concerns over the coronavirus pandemic. Raad Adayleh/AP hide caption 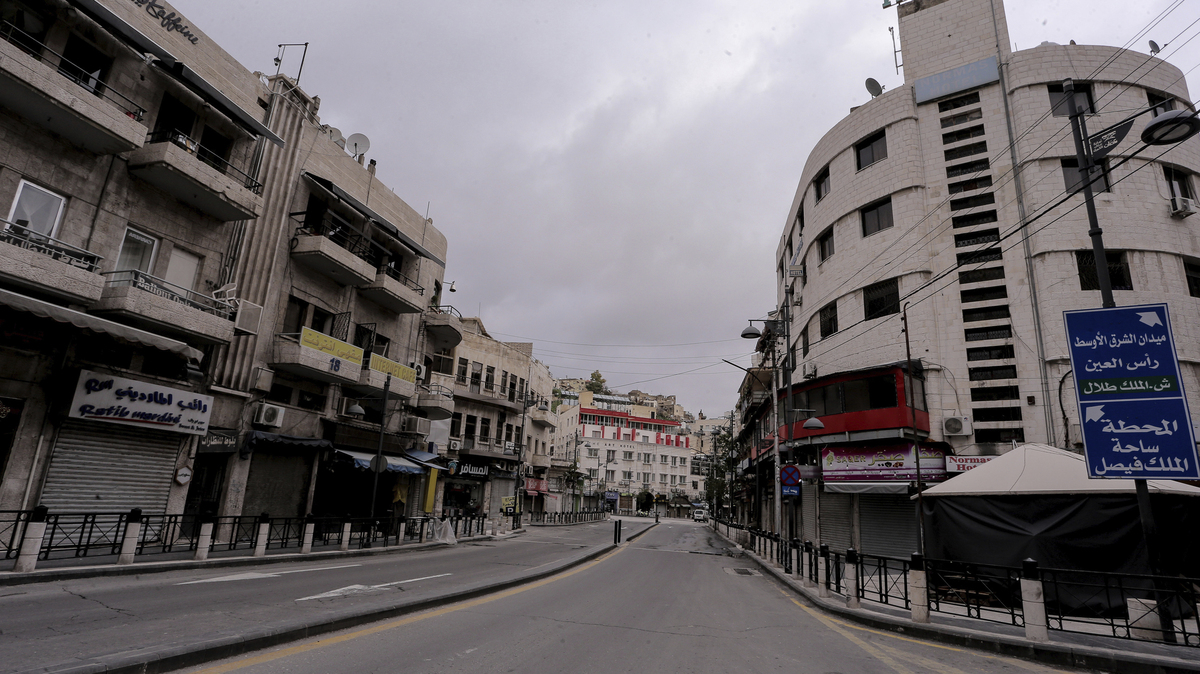 The streets of Jordan's capital of Amman are seen empty after the start of a nationwide curfew on Saturday amid concerns over the coronavirus pandemic.

The country of Jordan has implemented one of the strictest lockdowns in the world to stop the spread of the coronavirus, forcing most people to stay indoors and temporarily shutting down even grocery stores and pharmacies.

The Middle Eastern country with its 10 million residents has so far arrested more than 1,600 people for breaking the five-day-old curfew, which bans even going for walks or allowing pets outdoors.

After three days of complete lockdown, the government has commandeered city buses to deliver bread and other essentials directly to neighborhoods. It had considered ensuring distribution of cigarettes to smokers in a country with one of the highest smoking rates in the world.

On Tuesday, Jordan began allowing a limited reopening of small grocery stores for those between ages 16 and 60. It kept a ban on driving. Security forces say they have impounded more than 600 cars for breaching the ban.

The strict measures were taken after a less-severe curfew imposed the previous week was widely flouted, with some Jordanians continuing to hold weddings and other large gatherings.

"Especially in countries without very much intervention, the infection rate can rise really very fast," says Dr. Najwa Khuri-Bulos, an infectious disease specialist and adviser to Jordan's Ministry of Health. "There is a window period where you can interfere effectively. Hopefully doing these kinds of very strict measures will make it manageable."

As of Wednesday, the kingdom has 153 current confirmed cases of the new coronavirus, and the number has been rising steadily but slowly.

Jordan also hosts more than 600,000 Syrian refugees, and the global pandemic had sparked fears that the country's medical care system would be very quickly overloaded.

Last week, the country started placing arriving travelers, including Jordanians, in mandatory 14-day quarantine. About 5,000 people have been quarantined in hotels in the capital of Amman and the Dead Sea. Shortly after, it stopped all incoming and outgoing commercial flights.

The shutdown has had severe economic repercussions in the already poor country.

"Nobody is in denial about the potential economic cost of the shutdown, but authorities perhaps believe that this cost is to be paid 10 times down the line if the virus spreads further. So the main goal is to reduce the human toll," says Nasser bin Nasser, director of the Amman-based Middle East Scientific Institute for Security.

Bin Nasser says most Jordanians seem to be accepting the restrictions. "Maybe in the U.S. or other libertarian societies where freedom of movement is so ingrained in the national psyche this would be harder," he says.