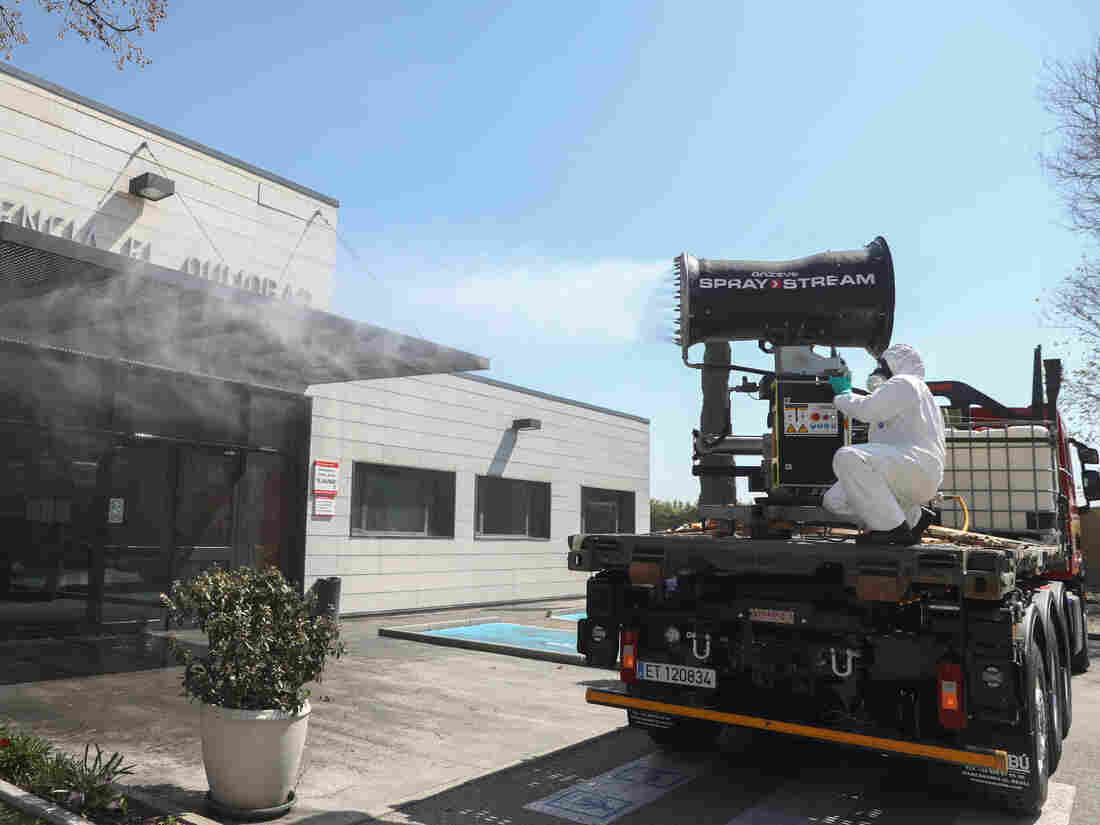 The Spanish Ministry of Health says the country has 47,610 coronavirus cases — and more than 3,400 people have died from COVID-19. Here, a member of the Emergency Military Unit disinfects buildings in Getafe. Sergio Perez/Reuters hide caption 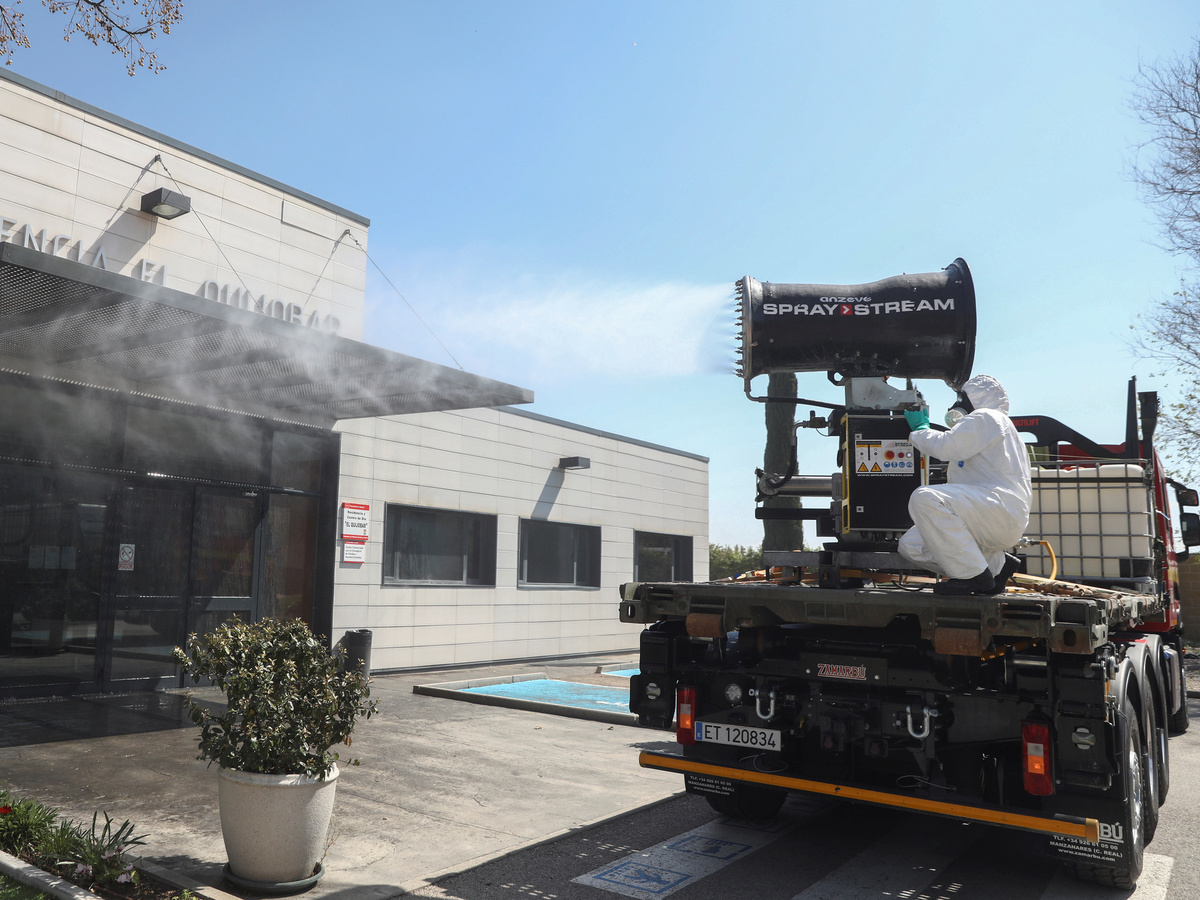 The Spanish Ministry of Health says the country has 47,610 coronavirus cases — and more than 3,400 people have died from COVID-19. Here, a member of the Emergency Military Unit disinfects buildings in Getafe.

Spain is now reporting more than 3,400 COVID-19 deaths, making it the second European country with a death toll higher than in China, where the new coronavirus was first detected in late 2019.

Italy is reporting 7,503 deaths from the viral respiratory disease — the most in the world, and more than double the 3,285 deaths reported in China.

The pandemic has severely disrupted life in Spain and Italy, countries that have much smaller populations than China (1.4 billion). Both European countries are more closely comparable to Hubei province, the area in China where the outbreak was first detected. Italy has around 62 million people, according to the most recent CIA World Factbook data, similar to Hubei's nearly 60 million residents. By comparison, Spain has just 50 million people.

Spain now has at least 47,610 coronavirus cases, the country's Ministry of Health says. Of that number, nearly 8,000 people were confirmed to have the virus in the past 24 hours.

As of Wednesday, nearly 27,000 people were hospitalized in Spain because of the COVID-19 pandemic, the health ministry said in its latest update on the coronavirus.

As it detailed the toll the outbreak is taking on Spain, the health ministry also announced that it will buy more than $460 million worth of coronavirus-fighting equipment and supplies from China — including more than 5 million "quick tests" to help diagnose people who are infected.

Spain is now in its second week of a national lockdown that was ordered as the number of coronavirus cases spiked.

The dire news about the outbreak comes after Spain's Defense Minister Margarita Robles said this week that soldiers who were tasked with bolstering cleaning and relief efforts had found elderly people in some care facilities "completely abandoned" and even "dead in their beds," as Lucía Benavides reported for NPR.

"Spanish prosecutors have already launched an investigation into the matter," Benavides told NPR's Newscast unit. "Spain has a large elderly population — and the coronavirus has hit nursing homes especially hard. Some centers have already reported dozens of deaths."

Spain's worst-hit areas include the Madrid region (nearly 15,000 cases) and Catalonia (nearly 10,000), which includes Barcelona. In recent days, cases have also risen sharply in Rioja, Navarra and the Basque region.

Some 1,825 people have died from COVID-19 in Madrid — more than half of the country's total.

"As bodies piled up, Madrid took over a public skating rink as a makeshift morgue after the city facility overflowed," the Associated Press reports.