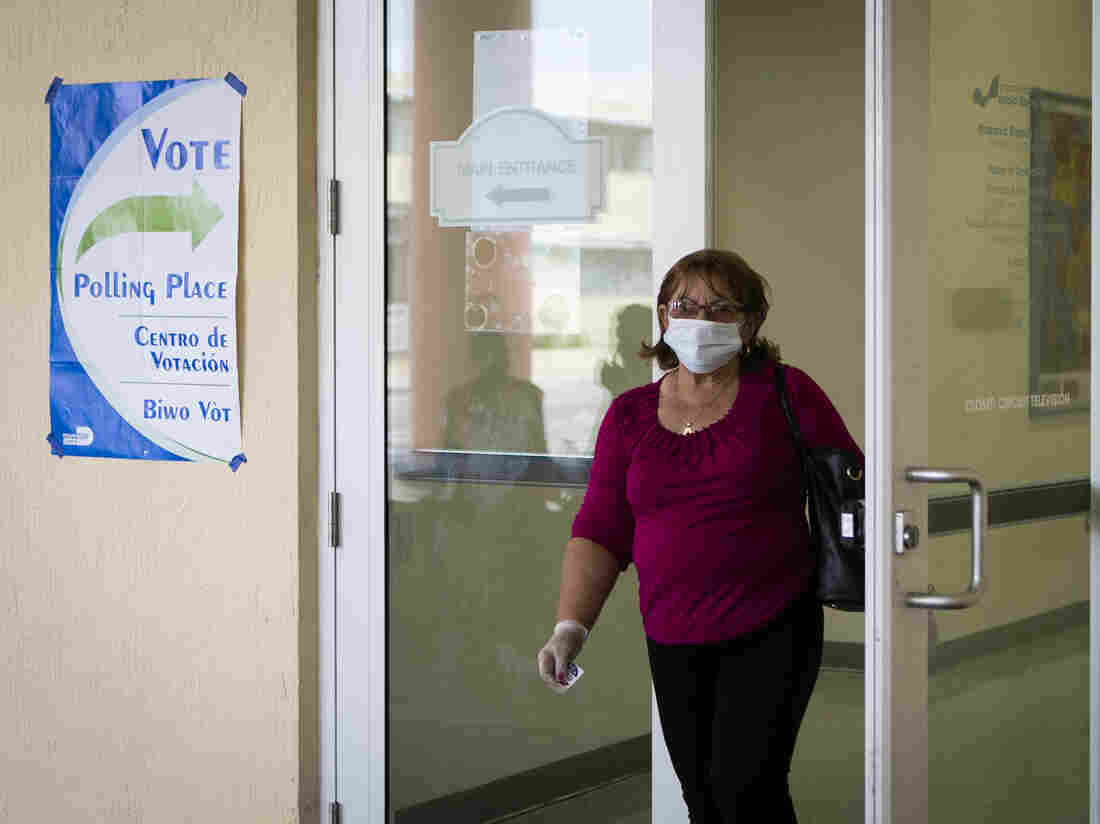 A woman wearing a mask and protective gloves leaves after casting her vote in the Florida Democratic primary election in Miami on March 17. Eva Marie Uzcategui /AFP via Getty Images hide caption 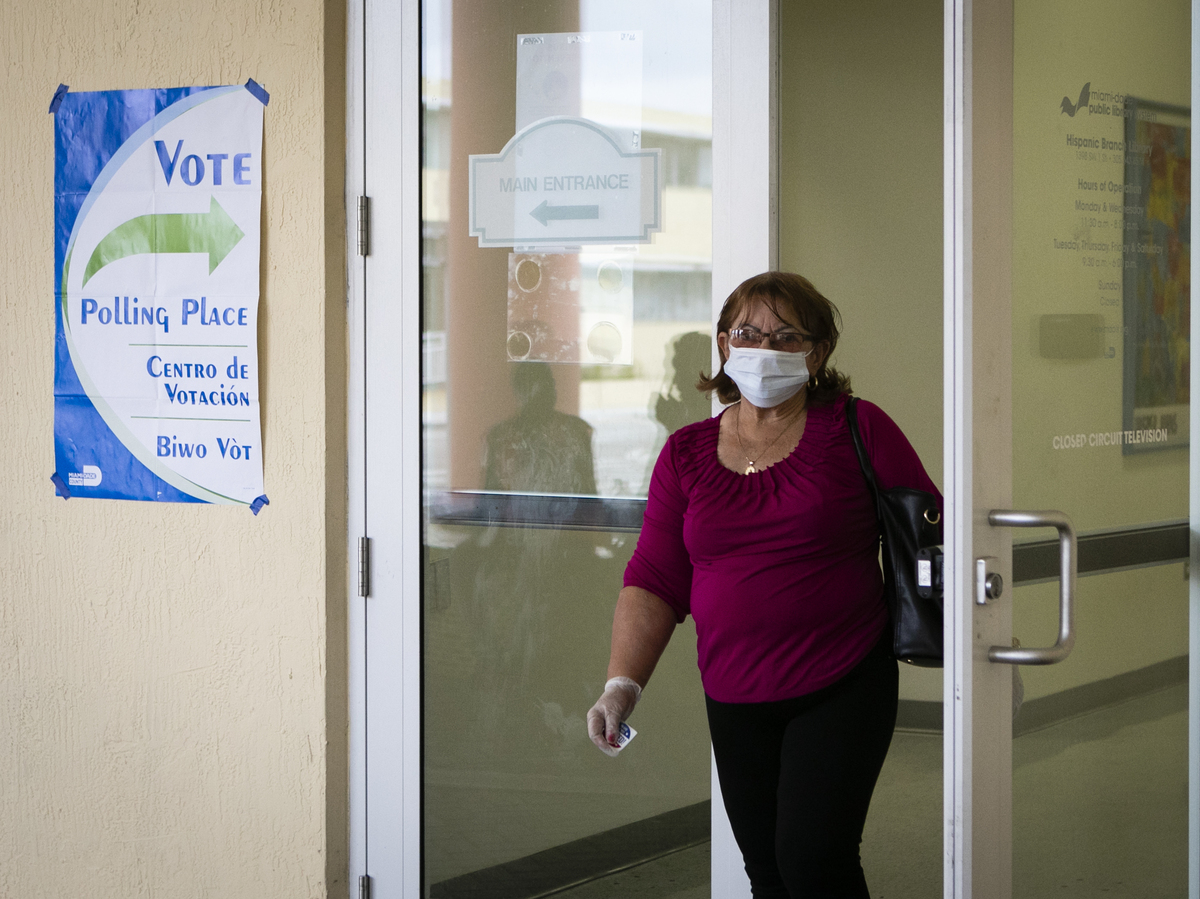 A woman wearing a mask and protective gloves leaves after casting her vote in the Florida Democratic primary election in Miami on March 17.

The Senate coronavirus relief bill now under consideration would give states $400 million to protect upcoming elections against the pandemic threat. The money, far less than the $4 billion some Democrats had wanted, would allow states to expand mail-in and early voting, as well as online voter registration. The money could also be used to help secure in-person voting sites.

Primaries and other elections have been postponed in more than a dozen states so far because of concerns about the coronavirus. Several states – including Ohio, Georgia and West Virginia – have announced that they will send absentee ballot applications to all registered voters so they do not have to vote in person.

The package does not require states to offer 15 days of early voting, no-excuse absentee voting and other changes some Democrats had sought. Congressional Republicans, as well as state officials, oppose imposing federal requirements on elections, which are traditionally run by the states.

"There is no one size fits all approach, but instead a 50-state solution," Iowa Secretary of State Paul Pate, a Republican, and New Mexico Secretary of State Maggie Toulouse Oliver, a Democrat, wrote Wednesday in an open letter on behalf of the National Association of Secretaries of State. "We ask Congress to recognize the necessity for flexible funding to meet each of our specific needs."

David Stafford, the supervisor of elections in Escambia County, Fla., said he was grateful the money had few restrictions. "Flexibility is the key in this because what works for one state in responding to this current situation is going to be different than other states," he said.

But Democratic Sens. Amy Klobuchar and Ron Wyden said in a statement that they will continue to push legislation to require that states make no-excuse, mail-in voting available to all voters and to provide more early voting and other options.

"While this funding is a step in the right direction, we must enact election reforms across the country as well as secure more resources to guarantee safe and secure elections," they said.

The Brennan Center for Justice in New York estimates that at least $2 billion is needed for election offices to respond adequately to the pandemic. This includes the cost of printing and mailing millions of additional mail-in ballots in the coming months. The center estimates that postage alone could run in excess of half a billion dollars.