Accessibility links
Indian Celebrity Chef Floyd Cardoz Has Died Of Coronavirus Complications : Coronavirus Updates The 59-year-old chef, who became a cooking star in both the United States and his native India, died Wednesday of complications from COVID-19 in New Jersey. 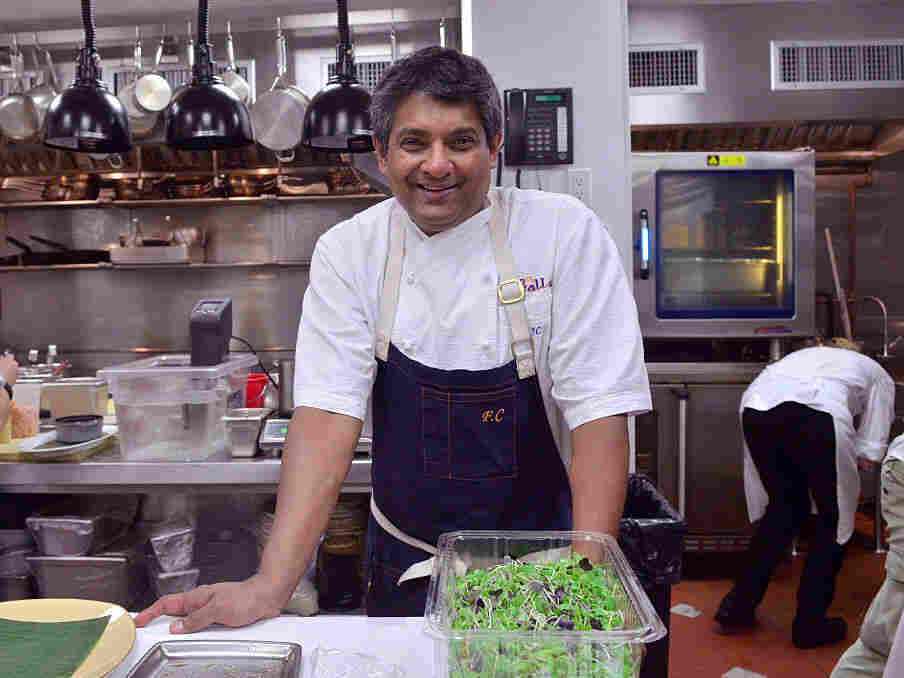 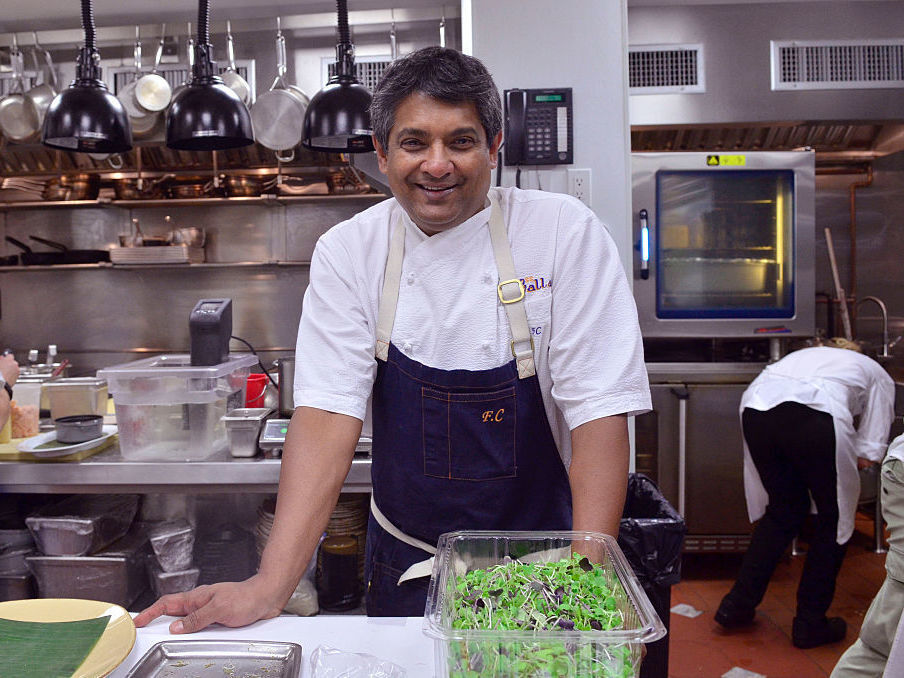 Floyd Cardoz was an influential chef who married regional Indian cuisine with French and new American flavors. He died Wednesday morning of complications from the coronavirus in New Jersey, at age 59. He opened a string of acclaimed restaurants in both New York and Mumbai — and became a TV star along the way.

Cardoz was born in what was then Bombay, India, and grew up between that metropolis and his ancestral state of Goa. He took up cuisine against the wishes of his father. After training in Bombay and later in Switzerland, he came to New York. In 1998, he opened an influential fusion restaurant in Manhattan called Tabla with restaurateur Danny Meyer — the first in a string of innovative dining spots in both New York and Mumbai. In her review of Tabla for the New York Times, critic Ruth Reichl wrote: "This is American food, viewed through a kaleidoscope of Indian spices. The flavors are so powerful, original and unexpected that they evoke intense emotions."

He also became a television favorite. In 2011, he won Bravo's "Top Chef Masters." Earlier this month, he was in India to open a new venture. On Instagram, he was also sharing images from shooting an episode of the Netflix program Ugly Delicious with actor Aziz Ansari. On March 17, however, he shared that he had returned to the U.S. for medical treatment on March 8, writing that he was "feeling feverish."

In a statement to several media outlets including CNN and the Washington Post, Cardoz' company in India, Hunger Inc. Hospitality, announced that he died from complications from COVID-19 on Wednesday at Mountainside Medical Center in Montclair, N.J.