Accessibility links
FACT CHECK: Trump Said Testing Doesn't Need To Happen Everywhere, But It Does : Coronavirus Live Updates Trump said he doesn't think testing needs to happen in entire states in the Midwest. But there are cases in all 50 states, and to stop the spread, testing needs to take place.

FACT CHECK: Testing Should Take Place Wherever There Are Cases, Despite Trump's View

FACT CHECK: Testing Should Take Place Wherever There Are Cases, Despite Trump's View 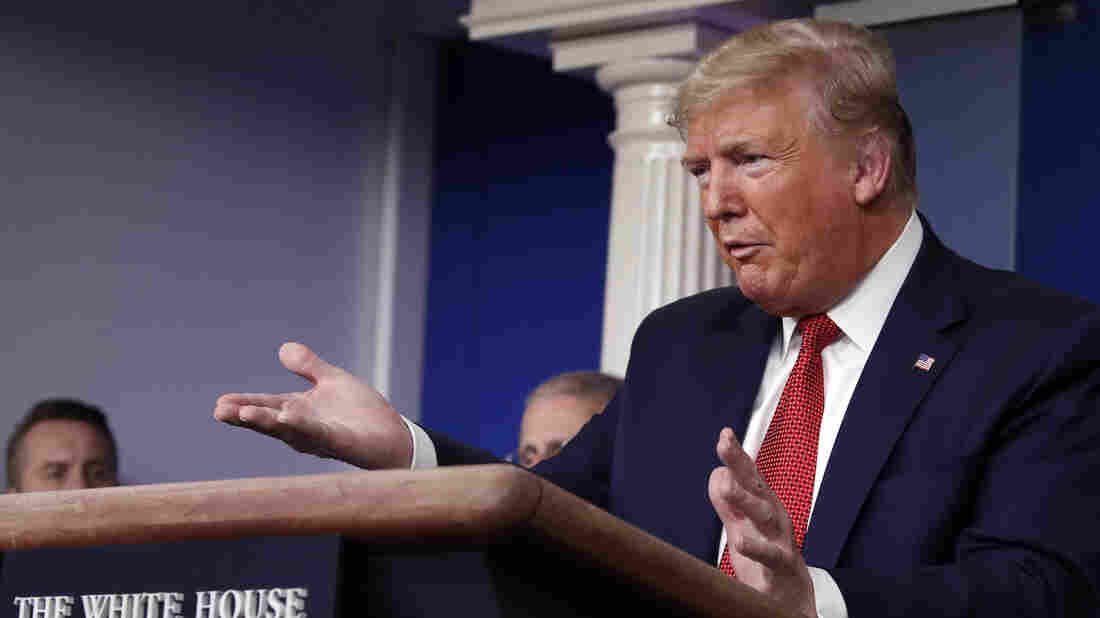 President Trump speaks about the coronavirus in the White House briefing room Wednesday.

He's correct that the entire population of a state does not need to be tested right now. However, all 50 states do have cases, and those small- and medium-sized outbreaks may be growing exponentially.

The president talks frequently about letting certain parts of the country get back to work. But if that is allowed to happen when the number of cases is still growing, those communities could well find themselves in the same situation as New York, Washington and parts of the San Francisco Bay Area, where the disease continues to spread.

As has already happened, a handful of cases can seem manageable at first, but if the disease spreads unconstrained, the disease will grow exponentially. If each sick person gives it to an average of 2.5 others, after 10 cycles of spread, a single case can lead to 9,500 cases.

Social distancing can reduce that 2.5 figure to slow the spread. But testing is an essential and powerful tool, as well.