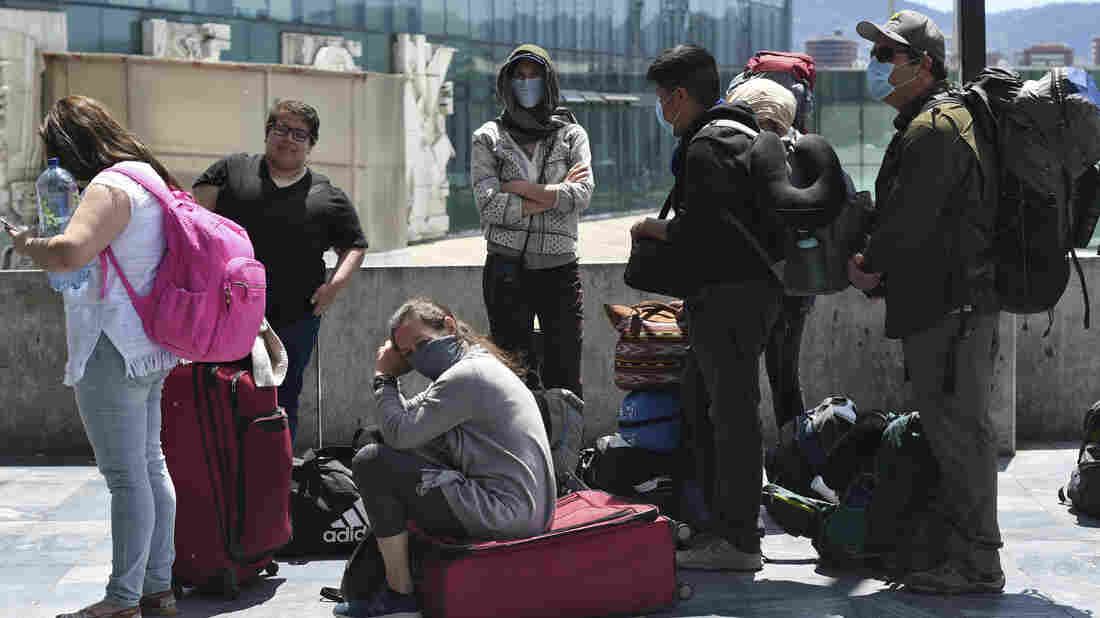 Travelers wait for a charter flight coordinated by the United States embassy to take them home from Guatemala City on Monday. Johan Ordonez/AFP via Getty Images hide caption 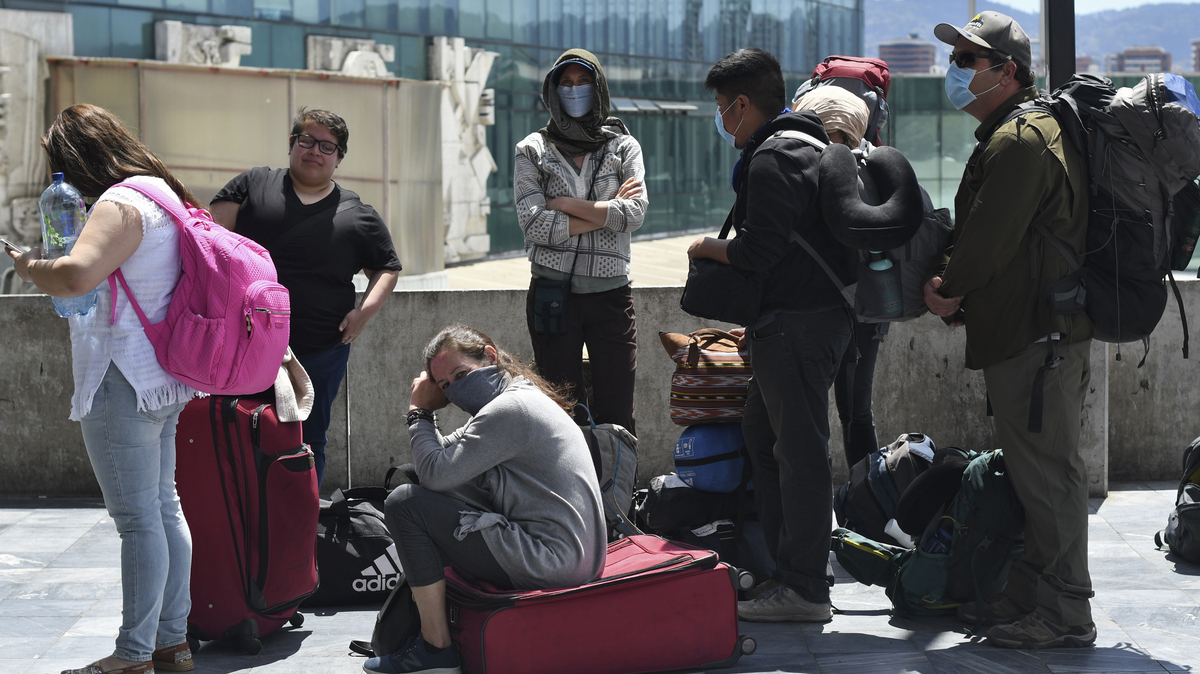 Travelers wait for a charter flight coordinated by the United States embassy to take them home from Guatemala City on Monday.

As countries close borders and flights are canceled amid the coronavirus pandemic, the State Department says as many as 50,000 Americans are seeking help to return home.

Peru has been particularly complicated, according to Ian Brownlee, who runs the State Department's repatriation task force. "There were some [COVID-19] infections in the civil aviation authority and on the civilian side of the airport, and they're trying to run it on a bit of a shoestring from the military side of the airport," he said.

The State Department is trying to fill the gap and keep flights going.

Officials have had an easier time dealing with Honduras, though there are still several thousand Americans there and 5,000 to 7,000 in Ecuador.

The U.S. has been urging Americans to return home on commercial flights when possible, if they are not ready to stay overseas an "indefinite period of time." Brownlee says the State Department is not getting early notices about border closures and airline cancellations, pointing out that at a major hub in Asia, Royal Thai Airlines, shut down on "very, very short notice."

Brownlee says he's been talking to the Department of Defense about how it might assist Americans with military flights. "This is fairly complex contractual work and as much as this is a truly unprecedented event, the State Department's capacity to do this is being strained," he told reporters in a conference call.