Accessibility links
Commercial Fishermen Struggle To Survive In The Face Of Coronavirus : Coronavirus Updates Commercial fishermen are fighting to stay afloat while restaurants and global markets are shutting down to contain the spread of the virus. 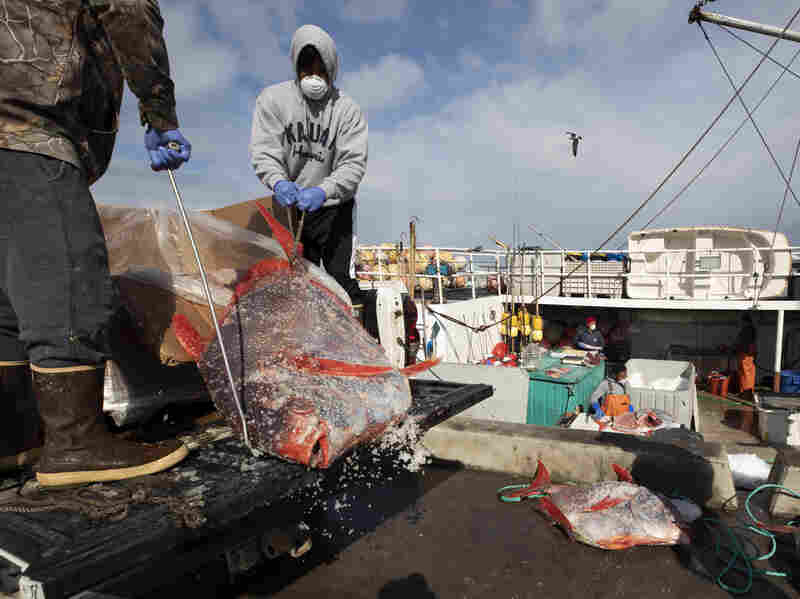 Opah fish are hauled onto a dock for sale last week in San Diego. Fishermen coming home to California after weeks at sea are finding strict anti-coronavirus measures, and nowhere to sell their catch. Gregory Bull/AP hide caption 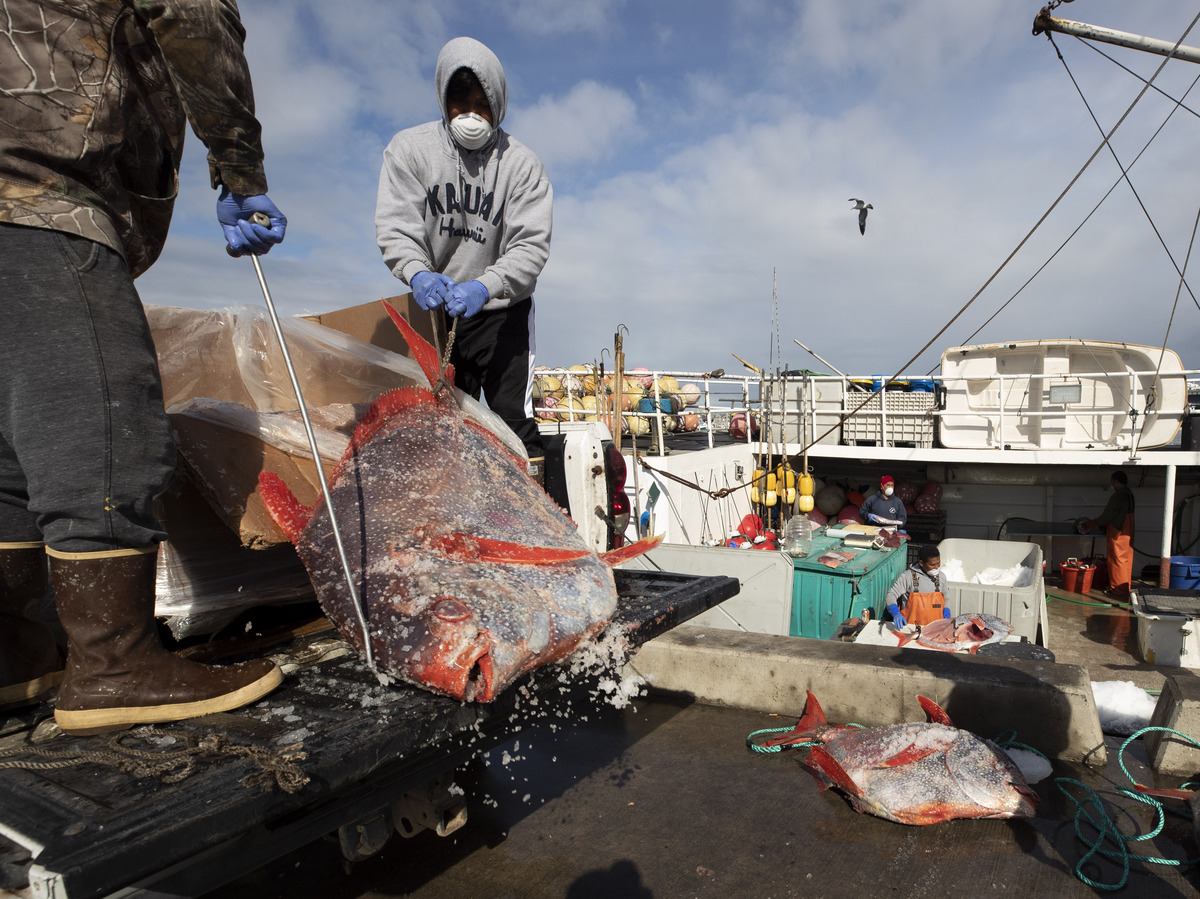 Opah fish are hauled onto a dock for sale last week in San Diego. Fishermen coming home to California after weeks at sea are finding strict anti-coronavirus measures, and nowhere to sell their catch.

Commercial fishermen in the U.S. who have already faced challenges in recent years to make it in an increasingly globalized and regulated industry, are now struggling to find customers during the coronavirus crisis.

"This is totally unprecedented. This is the biggest crisis to hit the fishing industry ever, no question about that," Noah Oppenheim, executive director of The Pacific Coast Federation of Fishermen's Associations told NPR in a phone interview. The federation is a trade association representing commercial fishermen along the West Coast.

On Tuesday, seafood industry leaders, processors and fishermen sent a letter to House and Senate leaders requesting $4 billion in aid for the industry.

The closings of restaurants due to the coronavirus pandemic has hit commercial fishermen particularly hard.

An estimated 50% to 60% of wild seafood caught in the U.S. is exported, Oppenheim says. Those international markets have dried up. Of the seafood that's not exported, he says around 80% of that is sold to restaurants.

"Both of those sectors of the seafood economy are largely nonfunctional at the moment, so we're going to have to make up for approximately 90% of our markets ... through either new supply pipelines or new sets of customers."

Jerid Rold, a fishermen in Moss Landing, Calif., tells NPR, he's been out of work for a month, since South Korea stopped taking imports of hagfish. Further damaging profits, Dungeness crab prices on the West Coast have fallen from up to $7 a pound to $2, Oppenheim says.

In Eureka, Calif., "there are no buyers purchasing products at the harbor there. You can't move the Dungeness crab out of the Humboldt bay," Oppenheim says. "It's actually extraordinary how similar these impacts are playing out across the country. They are palpable, they are profound and they are severe."

On the North Atlantic coast, Sam Rosen, a 30-year-old lobsterman based in Vinalhaven, Maine, says he and others are "selling lobster for amounts they shouldn't be sold for."

"It's definitely a shock to the system," Rosen says. "This is uncharted territory right now. I don't think anyone thought it was going to be as bad as it's getting."

If aid isn't provided to fishermen soon, "I think we could see hundreds to thousands of fishermen leave the industry nationwide," Oppenheim says.