Accessibility links
France Transfers Coronavirus Patients On High-Speed Train With Mobile Emergency Room : Coronavirus Live Updates Twenty patients were transported from the hard-hit eastern region of France, where hospitals are operating at overcapacity, to the western Loire Valley, where facilities still have plenty of beds. 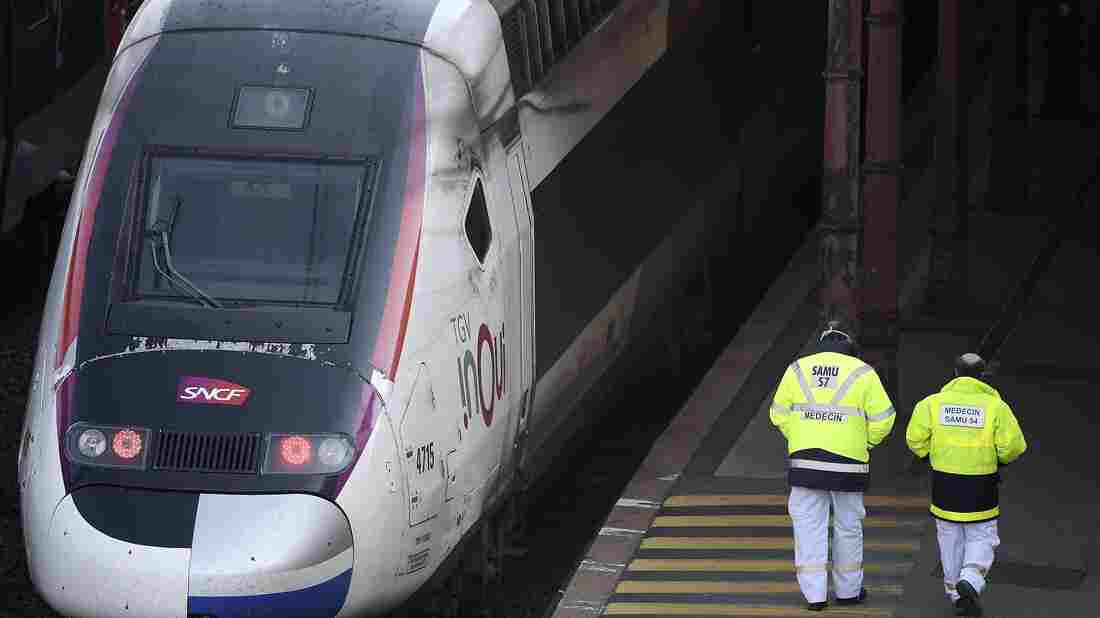 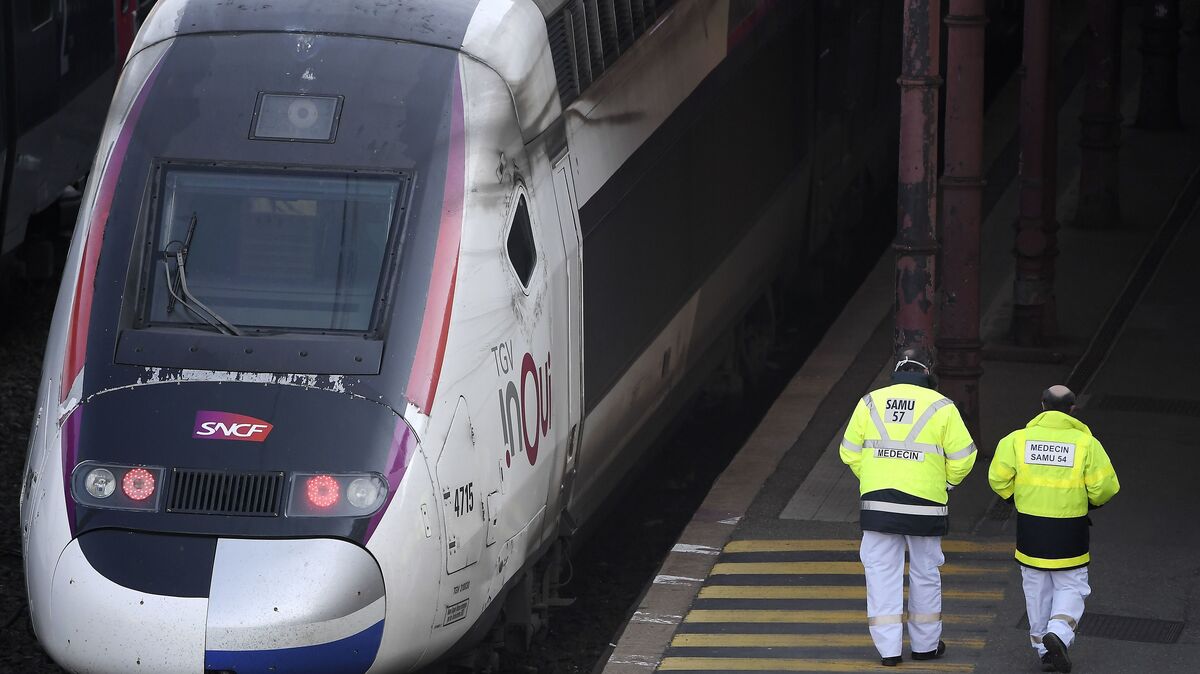 In a first for Europe, 20 critically ill coronavirus patients were evacuated aboard a fully medicalized, high-speed train.

The patients were transferred from the hard-hit eastern region of France, where hospitals are operating at overcapacity, to the western Loire Valley, where facilities still have plenty of beds.

TV news reports on Thursday showed the patients being carried on stretchers onto one of France's high-speed TGV trains, where their beds are strapped to platforms positioned across the tops of passenger seats.

Each rail car can accommodate four patients, is equipped like an emergency room — including ventilators and oxygen — and attended by six medical staff.

"The eastern region is now at the peak of the wave," Dr. Lionel Lamhaut, who is in charge of the operation with the French rail operator SNCF, told France 2 television. "Every region will experience this in the coming weeks, but at different times. The idea is to take advantage of the lag times between regions and to transfer patients from the hard-hit to lesser-hit areas."

The coronavirus has claimed more than 1,300 lives so far in France, where there are more than 25,000 confirmed cases of infection. Almost half the deaths have occurred in the eastern region known as the Grand Est, which includes the cities of Strasbourg, Reims and Metz.

The French railway system's TGV trains boast smooth rides, in which passengers only feel a slight surge as the train accelerates to 185 miles an hour. Lamhaut told French TV the ride is much smoother than a helicopter — another quick alternative to transfer critically ill patients — and said patients will be stable, allowing medical personnel to perform emergency care aboard the trains, if needed.

Though it won't be traveling at top speed, the medical TGV will be able to make the 500-mile trip from Strasbourg, near the border with Germany, to Angers — about 200 miles southwest of Paris — in five hours.

Thursday's maiden voyage is expected to be the first of many, and Lamhaut says the medical train will allow critical care beds in the east to be freed up for new patients.

"It will allow us to rotate patients around France," he said, "and even around Europe, if we need to."