Accessibility links
India's Doctors Worry The Country Is Unprepared For A Coronavirus Surge : Coronavirus Live Updates Per capita, India has fewer hospital beds and ventilators than almost any country in the world. Medical professionals fear the government's promised $2 billion health care revamp will be too late.

India's Doctors Worry The Country Is Unprepared For A Coronavirus Surge

India's Doctors Worry The Country Is Unprepared For A Coronavirus Surge 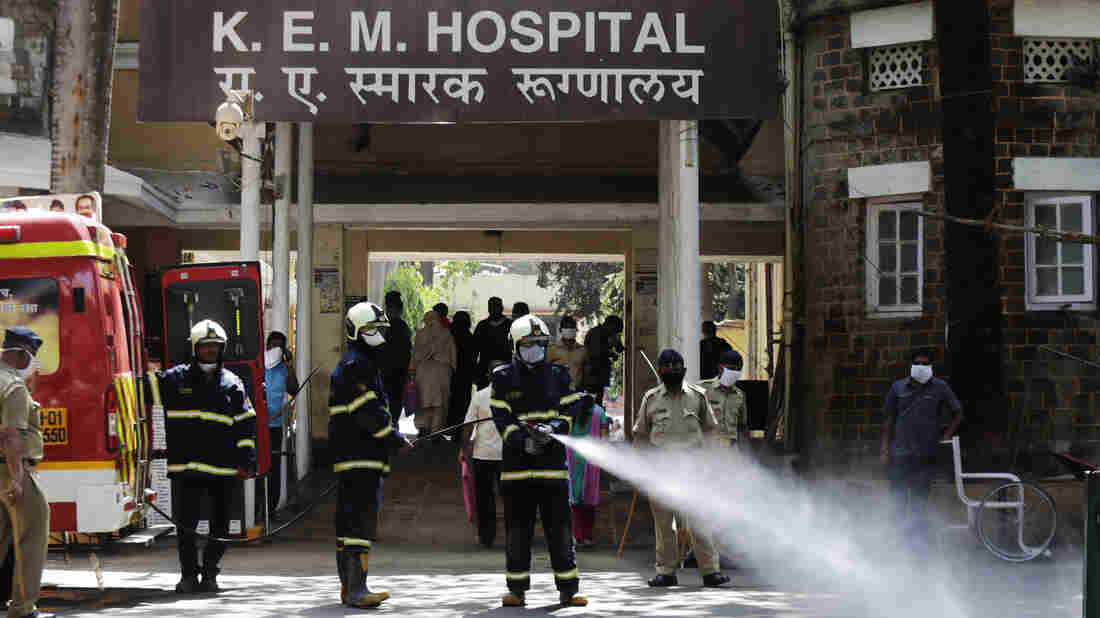 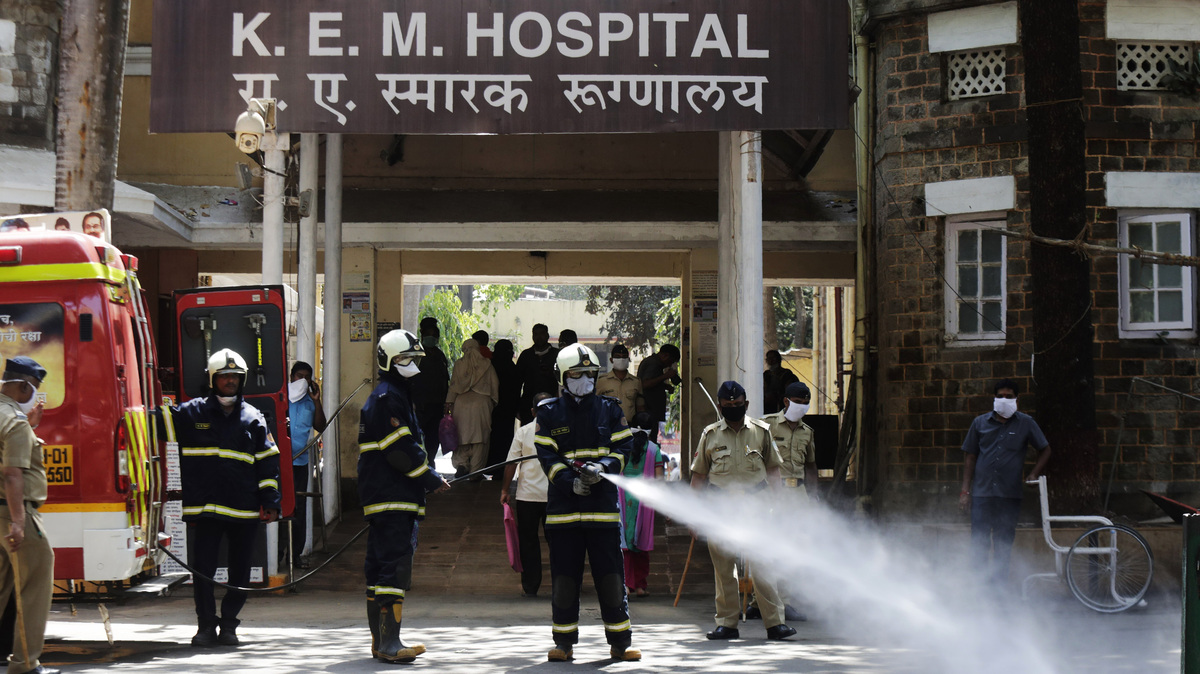 Fire brigade personnel sanitize a government hospital as part of precautionary measures against the coronavirus in Mumbai, India, on Tuesday.

With a fraction of the hospital beds and ventilators per capita of developed countries, Indian doctors and public health experts warn an explosion of coronavirus cases could overwhelm their hospitals on a greater scale than what's happening in Italy and the United States — and lead to many millions of deaths.

Doctors in India are posting photos and videos on social media of homemade hazmat suits. Some hospitals are making their own hand sanitizer, and there are reports of rationing.

For now, India's coronavirus diagnoses are low: The government has identified 633 active cases and 16 deaths in a population of 1.3 billion. Prime Minister Narendra Modi nevertheless announced the world's largest lockdown on Tuesday, and a $2 billion investment to improve India's health system.

But doctors worry it will not be enough.

"Personal protective equipment is in short supply, and what's available is over 10 times the usual cost," Dr. John Victor Peter, director of Christian Medical College Vellore, one of India's biggest private nonprofit hospital systems, told NPR by phone. "So we have innovated. About 7,000 masks have been stitched by our volunteers."

According to the government, India has about 1 doctor per 1,500 citizens. The World Health Organization recommends 1 doctor per 1,000 residents. In rural areas, where two-thirds of Indians live and rely almost solely on government hospitals, the ratio is 1 doctor to more than 10,000 people.

As for ventilators, the government doesn't publish numbers. But experts quoted in Indian media estimate there are between 30,000 and 40,000 ventilators nationwide.

"Our ICU and ventilator facilities are too inadequate to manage any sudden spurt in demand," Sujatha Rao, a former secretary of health, told NPR in an email. "It's not a question of a room and a ventilator, but availability of oxygen and trained personnel. Putting them all together needs time that we don't have."

COVID-19 testing kits are also in short supply. But CMC Vellore, which sees an average of 9,000 patients a day, still has a stockpile of only 1,000 tests, Peter says.

All of these statistics are sobering for Indian medical professionals.

"I have some fear, but I have to give 100%," Adarsh Pratap Singh, a surgeon at the All India Institute of Medical Sciences, New Delhi, told NPR. "It is a situation similar to war. We are the frontline warriors."