Accessibility links
Having Trouble Filing Jobless Claims? Here Is What Experts Recommend : Coronavirus Live Updates Jobless claims hit an all-time record, with 10 million filed in the last two weeks. With so many people filing, there are glitches. Experts offer suggestions on how to get through. 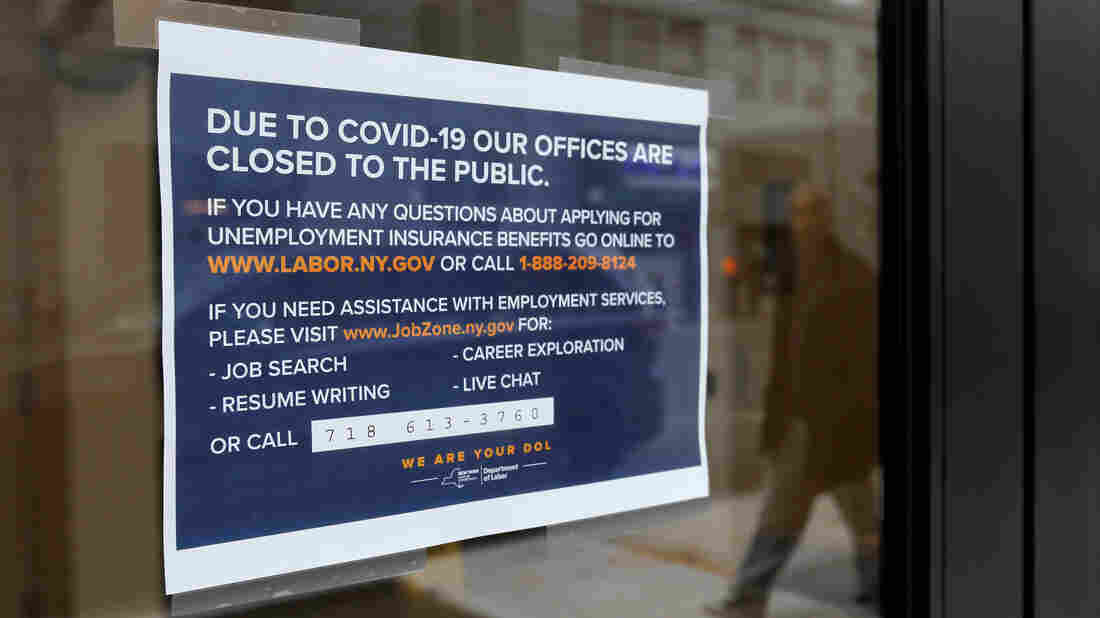 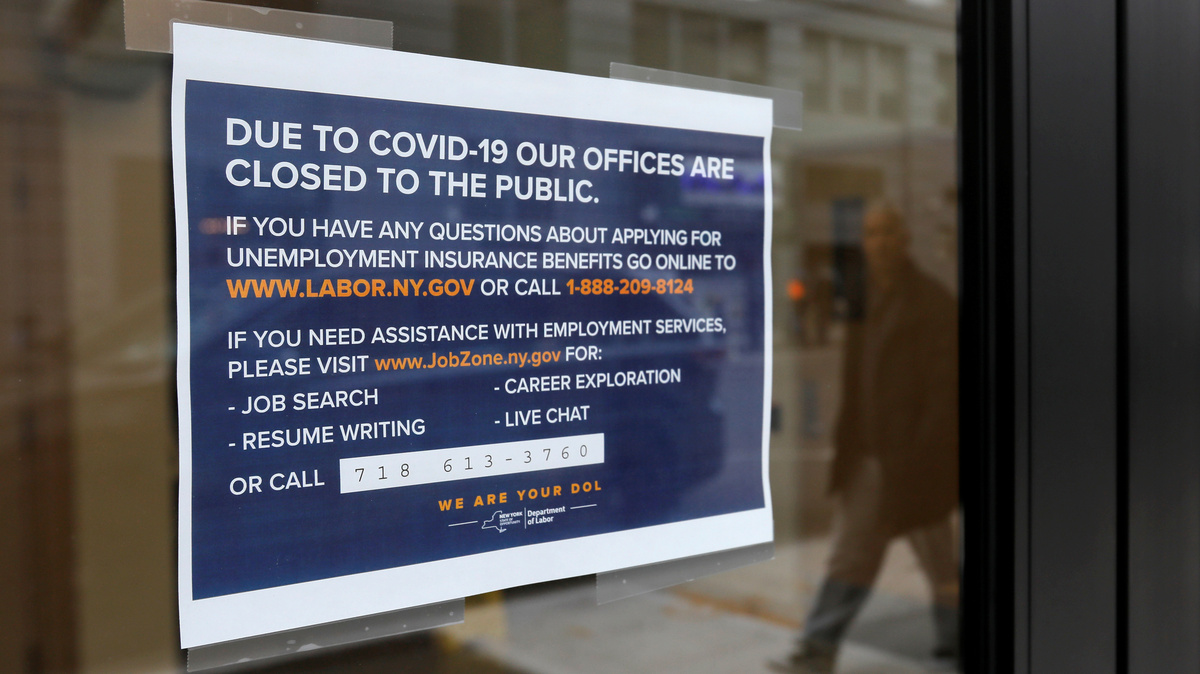 A "closed" sign is posted at the entrance of a New York State Department of Labor office in Brooklyn. With millions of people filing for unemployment benefits, state employment agencies have been overwhelmed around the country.

A record 10 million people filed for initial unemployment benefits in the past two weeks, with many more anticipated in coming weeks. All this has put a huge strain on state employment agencies, so experts say persistence is key to getting those benefits.

Normally, eligible workers can apply for such benefits through their state offices online, by phone, or in person. But now, some websites are crashing, call-in lines are busy, and — obviously — offices are closed to the public.

A $2 trillion relief bill was signed by President Trump, with a $250 billion expansion of unemployment benefits. The Coronavirus Aid, Relief and Economic Security (CARE) Act will give jobless workers an extra $600 a week on top of a state's existing benefits, which range from $200 to $550 a week. It will also cover some workers previously ineligible for benefits — gig and self-employed workers, as well as those whose hours have been cut or who can't work because of the pandemic.

States are also trying to staff up their unemployment offices. But that relief might not come fast enough to address the immediate needs of millions of workers.

"Unemployment systems have been underfunded for years, and have struggled to provide access to a lot of folks" even before the crisis, says Julia Simon-Mishel, an attorney at Philadelphia Legal Assistance, which serves low-income workers.

So what should a recently laid-off worker do?

If you are eligible, but aren't able to get through on your first try, just keep trying.

"I don't like waiting on the phone for hours and hours, or having to fight with a website, but the best thing is to persist," says Kevin De Liban, an attorney for the Legal Aid of Arkansas, in West Memphis.

Even under normal circumstances, applying for jobless benefits can be tricky.

When it works well, workers can expect to see their first unemployment check arriving two to three weeks after filing their claim, says Simon-Mishel. "I would be very surprised if we're at the best-case scenario, given the volumes."