Accessibility links
China Temporarily Closes Its Borders To Foreign Nationals : Coronavirus Live Updates It's not clear how long the measures, which affect foreigners holding valid visas and residence permits, will remain in place. Exemptions will be made for diplomats and plane crews. 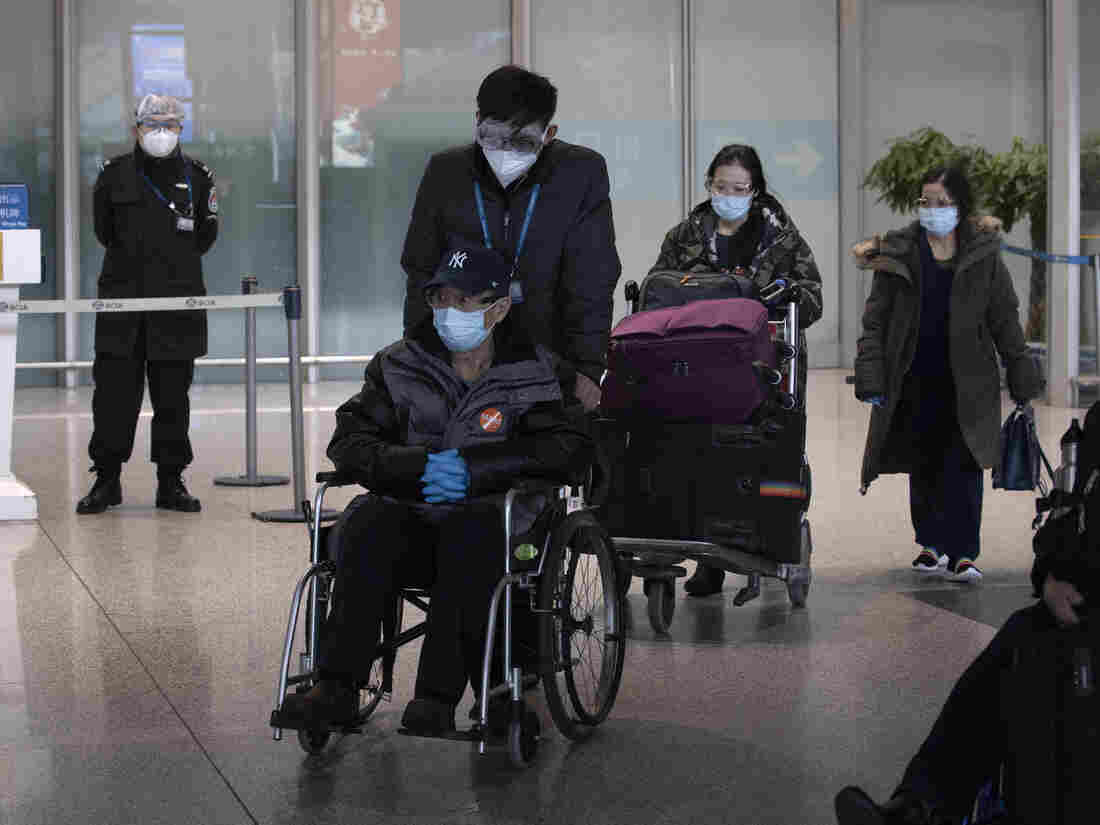 As the number of new cases dwindles in China but multiplies worldwide, the country has become more worried about importing cases. Earlier this month, travelers arriving from abroad left the Capital International Airport in Beijing. Ng Han Guan/AP hide caption 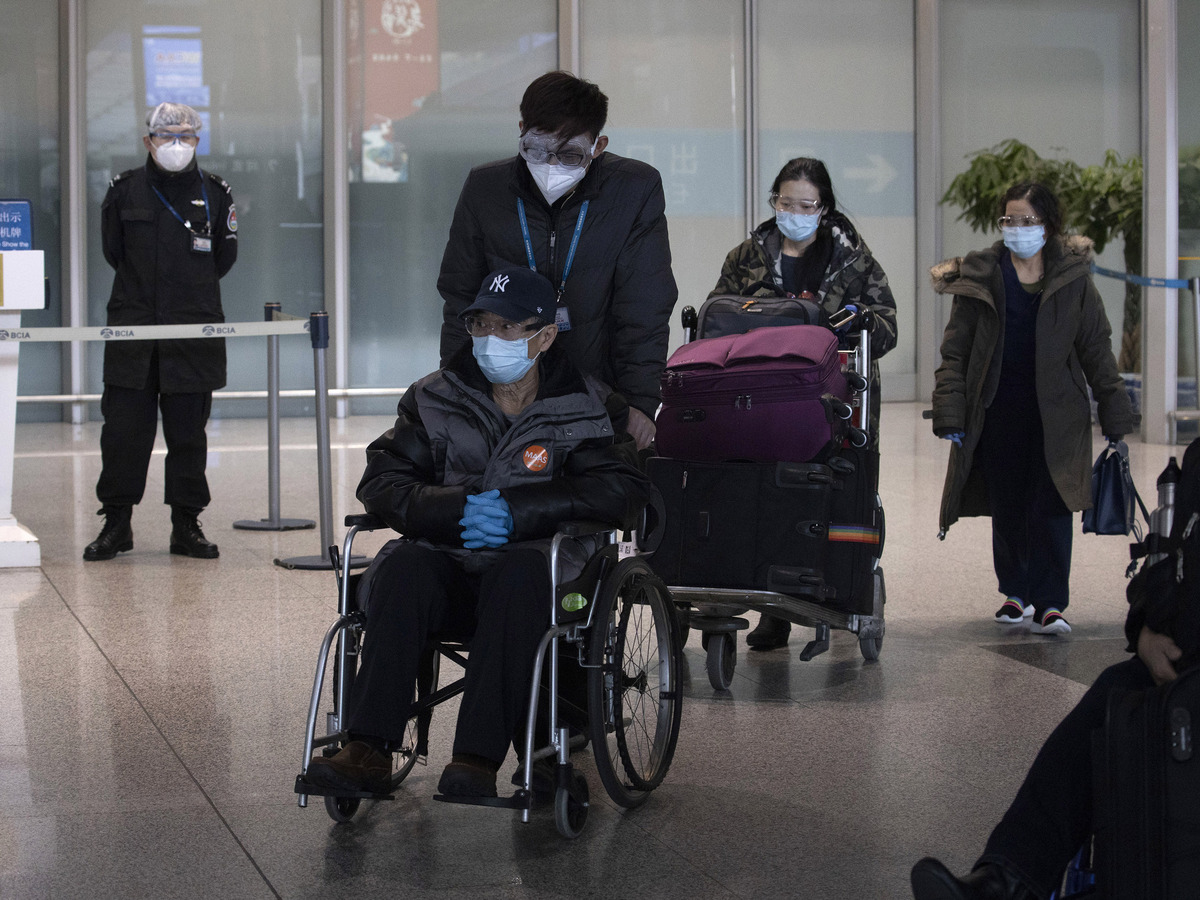 As the number of new cases dwindles in China but multiplies worldwide, the country has become more worried about importing cases. Earlier this month, travelers arriving from abroad left the Capital International Airport in Beijing.

China will close its borders to foreigners starting on Saturday, March 28, in a dramatic step to try to stop the coronavirus coming in from abroad.

The move is the latest in a string of tough steps by the Chinese government to combat the virus, which first appeared in the city of Wuhan late last year and has spread widely since.

China's civil aviation authority on Thursday slashed incoming and outgoing flights to a maximum of one per airline per foreign country each week. It also limited flights to passenger load factors of 75% or lower.

The government of Shanghai ordered most passengers entering the country to undergo a 14-day quarantine as of 6 p.m. Thursday. The capital, Beijing, had already adopted a similar measure. Previously, Shanghai had not been quarantining people without symptoms arriving from locations deemed to be low risk.

It's not clear how long the closure of the border to foreigners — which affects those holding valid visas and residence permits — will remain in place.

The Ministry of Foreign Affairs and National Immigration said in a notice posted online Thursday that diplomats, plane or vessel crews, and select others with specific types of visas would be exempted.

"The suspension is a temporary measure that China is compelled to take in light of the outbreak situation and the practices of other countries," the notice said. "China will stay in close touch with all sides and properly handle personnel exchanges with the rest of the world under the special circumstances."

Foreign nationals seeking entry to China "for necessary economic, trade, scientific or technological activities or out of emergency humanitarian needs" can still apply at its embassies and consulates, the notice said. Visas issued after this announcement will still be honored, it said.

China began to impose strict quarantines and limits on the flow of people domestically in late January, as the outbreak spread. The number of domestically transmitted cases had fallen to near zero.

But the government has reported an increasing number of imported cases in recent days. It reported 67 new cases of the disease on Thursday, all from abroad.

China had been gradually tightening screening and quarantining of inbound passengers. All passengers coming to China from overseas are required to be tested for the coronavirus.