Accessibility links
Barr: Federal Prisons Mustn't Become 'Petri Dishes' For Coronavirus : Coronavirus Live Updates The attorney general said the Bureau of Prisons has locked down some prisons and could send some at-risk inmates home as it copes with the pandemic. 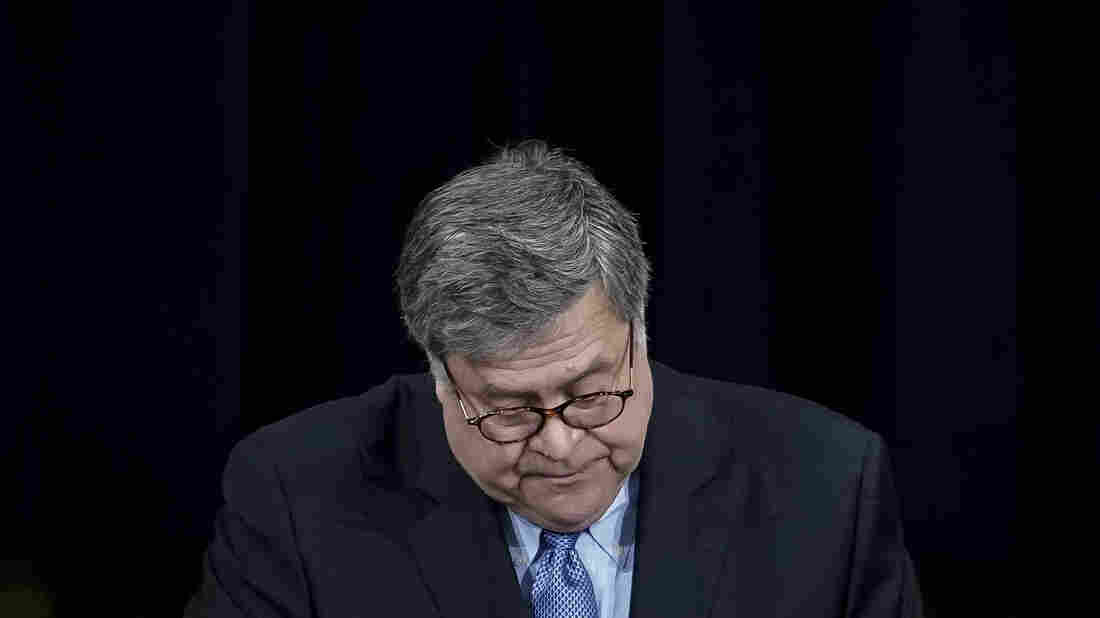 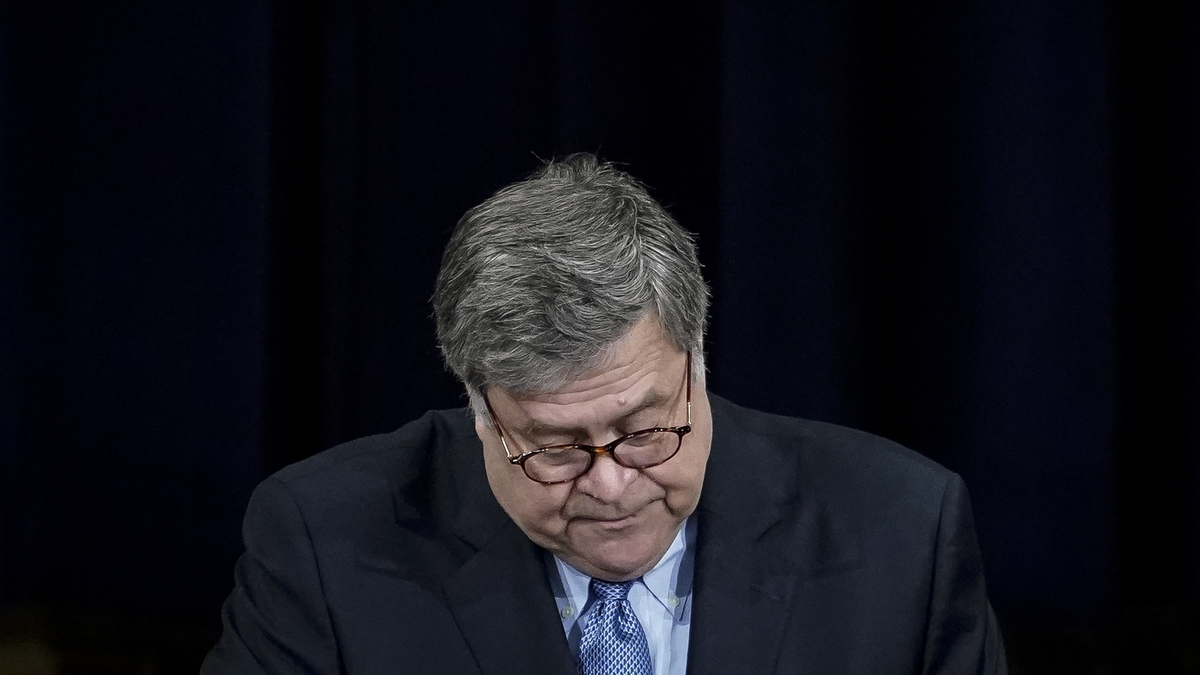 Attorney General William Barr Barr said officials in each prison are responding with lockdowns, increased isolation and other measures.

The U.S. Bureau of Prisons could begin sending home some of its oldest and most at-risk inmates as part of its response to the coronavirus pandemic, Attorney General Bill Barr said on Thursday.

Barr, who convened an unrelated press conference at a mostly empty Main Justice in Washington, addressed the Bureau of Prisons' handling of the pandemic in response to a reporter's question.

"There are particular concerns in this institutional setting. We want to make sure our institutions don't become petri dishes and it doesn't spread rapidly through an institution — but we have protocols that are designed to stop that and we are using all the tools we have," Barr said.

There have been a few so-far small groups of cases in the federal prison system. Some prisoners or staff members have tested positive in New York, Georgia and Louisiana.

Barr said officials in each prison are responding with lockdowns, increased isolation and other measures.

Everyone entering a prison is now having her or his temperature checked and new inmates are being quarantined for two weeks, he said.

The Bureau of Prisons houses some 146,000 inmates at federal prisons and a further 21,000 people at contracted prisons. The agency has a staff of 36,000. Barr also pointed out that there are about 20,000 people over 60 in the federal prison population — the group considered at greatest risk in the pandemic.

Officials will consider ways to send home or protect those most vulnerable, the attorney general said, mindful about the dangers of the virus spreading inside the closed conditions of a prison.

Similar types of close-quarter facilities, especially senior homes or nursing homes, have been especially devastated by the coronavirus.