Accessibility links
Amid Coronavirus Concerns Pentagon To Send Troops To U.S. Borders With Mexico, Canada : Coronavirus Updates Troops will be sent to the northern and southern U.S. borders as the spread of the coronavirus grows. Last week, the Trump administration ordered partial closures of those borders. 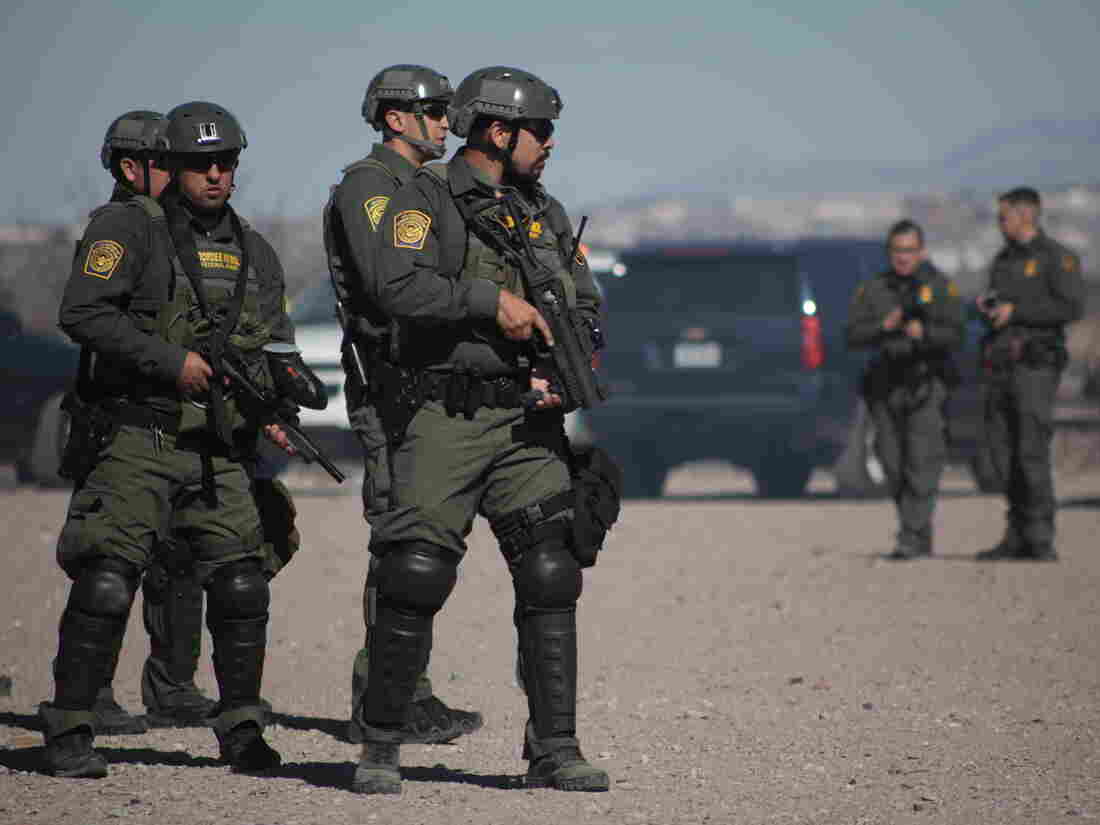 U.S. Border Patrol agents conduct a training exercise in the Anapra area, in front of the wall that divides Sunland Park, N.M., from the Mexican state of Chihuahua. David Peinado/NurPhoto via Getty Images hide caption 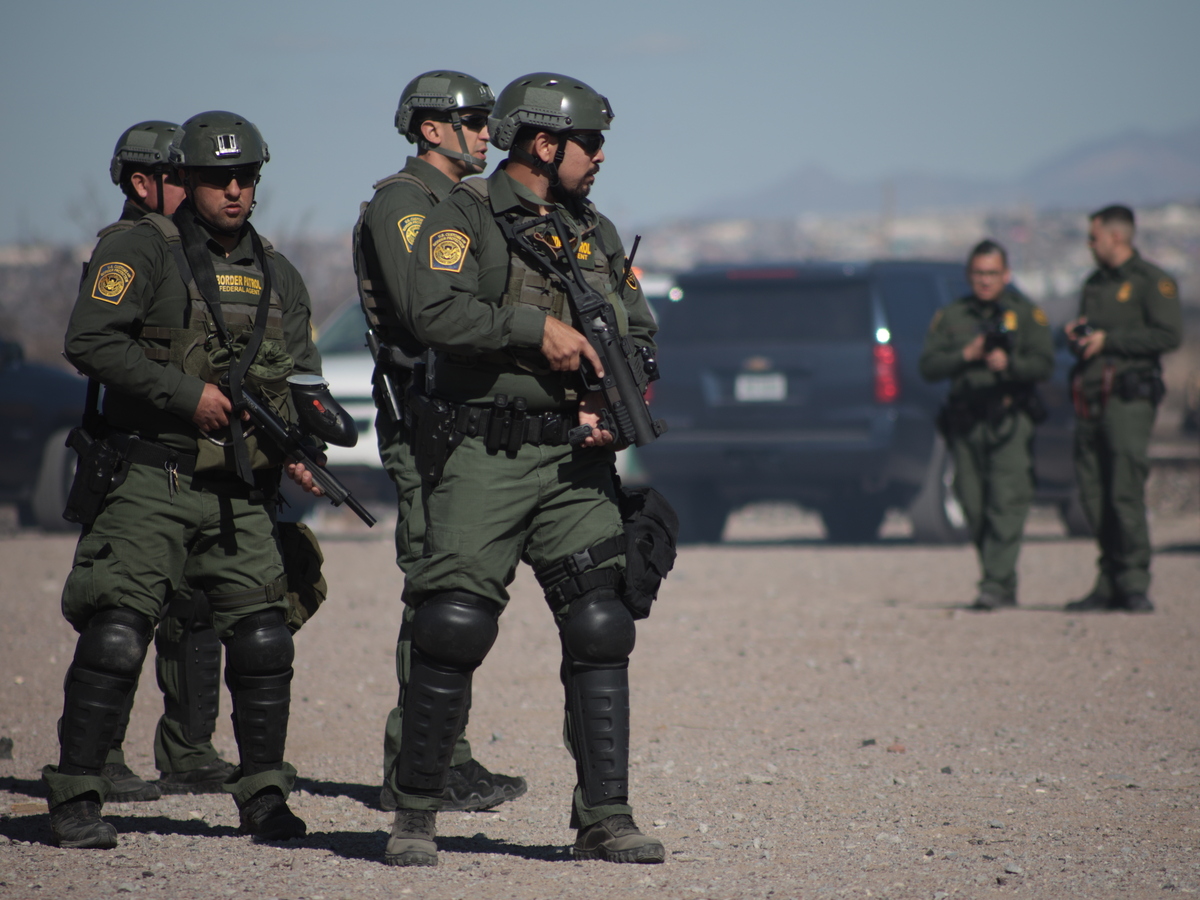 U.S. Border Patrol agents conduct a training exercise in the Anapra area, in front of the wall that divides Sunland Park, N.M., from the Mexican state of Chihuahua.

Two U.S. officials tell NPR that the Pentagon is expected to send 1,500 troops to the nation's borders with Canada and Mexico to assist Customs and Border Protection operations as the coronavirus death toll tops 1,100 in the United States.

The officials said the plan is to send up to 1,000 troops to the border with Canada to assist Customs and Border Protection as concern about COVID-19 increases. Another roughly 500 troops are expected to head to the Mexican border to help CBP there, the officials said.

The troops will not perform law enforcement duties but instead help in areas such as planning and logistics, much as they did under President Trump's orders during the influx of Central American migrants.

The troop deployments come on the heels of the Trump administration's announcement last week suspending nonessential travel between U.S. and Mexico.

"The United States and Mexico have agreed to restrict nonessential travel over our shared border," Secretary of State Mike Pompeo told reporters Friday.

That suspension went into effect on Saturday, three days after Trump ordered a partial closure of the nation's northern border to help stem the spread of the deadly virus. The president tweeted on March 18 that trade with Canada "will not be affected" by the temporary border closing.

Prior to the Pentagon's announcement, Canadian Prime Minister Justin Trudeau was asked about the development during a Thursday press conference from Ottawa. He said his administration had been "in discussions" with the U.S.

"Canada and the United States have the longest, unmilitarized border in the world," Trudeau said. "And it is very much in both of our interests for it to remain that way."

Trudeau was also pushed on safety concerns for Quebec and Ontario. Those provinces border the state of New York which leads the U.S. in confirmed coronavirus cases and deaths. The prime minister demurred when asked if Canada would impose a ban on goods or people traveling from there.

"Part of protecting Canadians is ensuring a good supply of food, of medical supplies, of necessary equipment across our border," Trudeau said. "We will continue to look for ways to make sure we're keeping Canadians safe, while providing us with the things we need."

According to the Johns Hopkins Coronavirus Resource Center, Canada has roughly 3,800 confirmed coronavirus cases; Mexico has more than 470 confirmed cases.