Accessibility links
Italian Fitness Coach With COVID-19: 'Feels Like Your Head Is Being Held Underwater' : Coronavirus Live Updates Fausto Russo has been hospitalized with COVID-19 for over two weeks. On Wednesday, he spoke to NPR and other media by video in Italy. 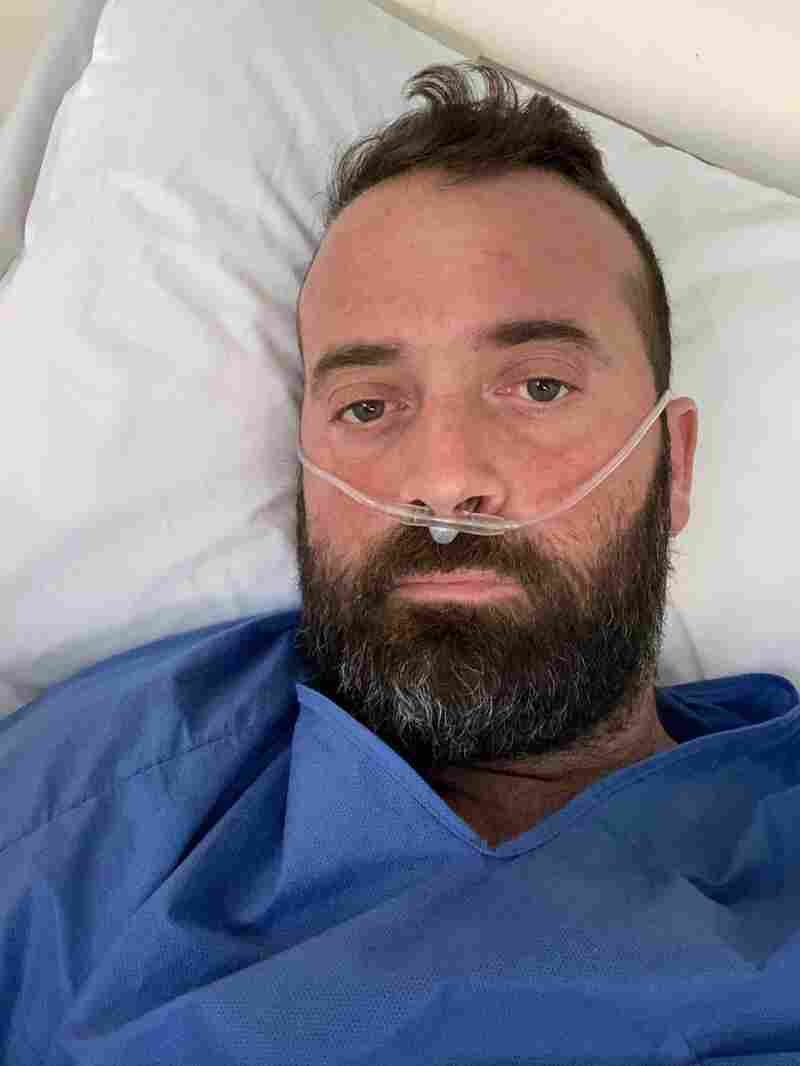 Fausto Russo, 38, has been in a hospital bed in Latina, Italy, for more than two weeks with COVID-19. Courtesy of Fausto Russo hide caption 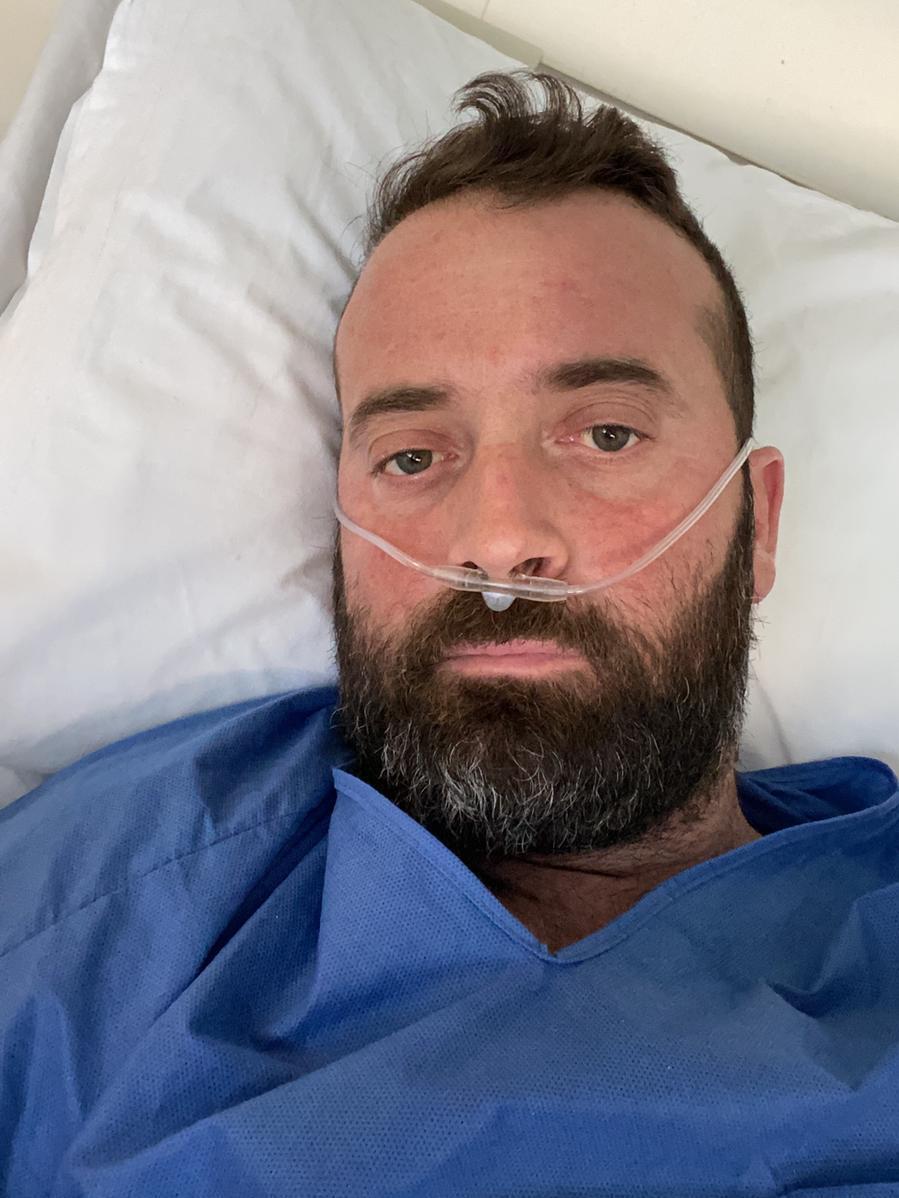 Fausto Russo, 38, has been in a hospital bed in Latina, Italy, for more than two weeks with COVID-19.

Italy has one of the world's oldest populations and its high COVID-19 death toll is mostly among the elderly with preexisting illnesses. But younger, healthy Italians have also become very sick after catching the new coronavirus.

Fausto Russo is a 38-year-old fitness trainer. He has been hospitalized with COVID-19 in Latina, south of Rome, for over two weeks. On Wednesday, he spoke to NPR and other international news media by video.

"I run a fitness center, I train soccer teams, I'm a physical therapist," Russo says."I never smoked, my last fever was 10 years ago. Suddenly I'm catapulted onto a hospital bed, unable to breathe."

In his first week at the Santa Maria Goretti Hospital, medical staff gave him and an IV drip and a type of helmet to help him breathe. He was bed-ridden, unable to move, eat or drink.

"It is hard to imagine, time never passes," Russo says. "Your body can't find the right position to sleep. It's so intense, I'll never forget it."

On his sixth day at the hospital, he was given an oxygen mask. He says his condition improved 60-70% three days later. On day 17, he was able to go off the oxygen.

As he speaks to journalists, he is hoarse and says he feels tightening in his chest. "This virus attacks the lungs," he says. "This aggressive pneumonia is devastating. ... If I were older or sicker, I'd be dead. It feels like your head is being held underwater."

Researchers have pointed to Italy's large aging population — 23% are 65 or older — as a possible factor in the country's high death rate from COVID-19, the disease caused by the new coronavirus.

Italy's government said Thursday 8,165 people in the country have died from COVID-19, the highest known tally in the world, and it has identified 80,539 confirmed cases of infection.

Russo says he does not know how he became infected. "The disease is insidious," he says. "It walks with the legs of those who are asymptomatic."

He says he is grateful to the medical staff, but they would not spend long by his side, avoiding infection.

"You're alone with yourself, family's not there to comfort you. It's hours of waiting and waiting," he says.

"It changed me. I understand the importance of things that used to seem insignificant," he says, "things that signify living — breathing, a walk, a hug, a glass of wine — because this virus wants to take that away from you. It wants to take away your freedom."