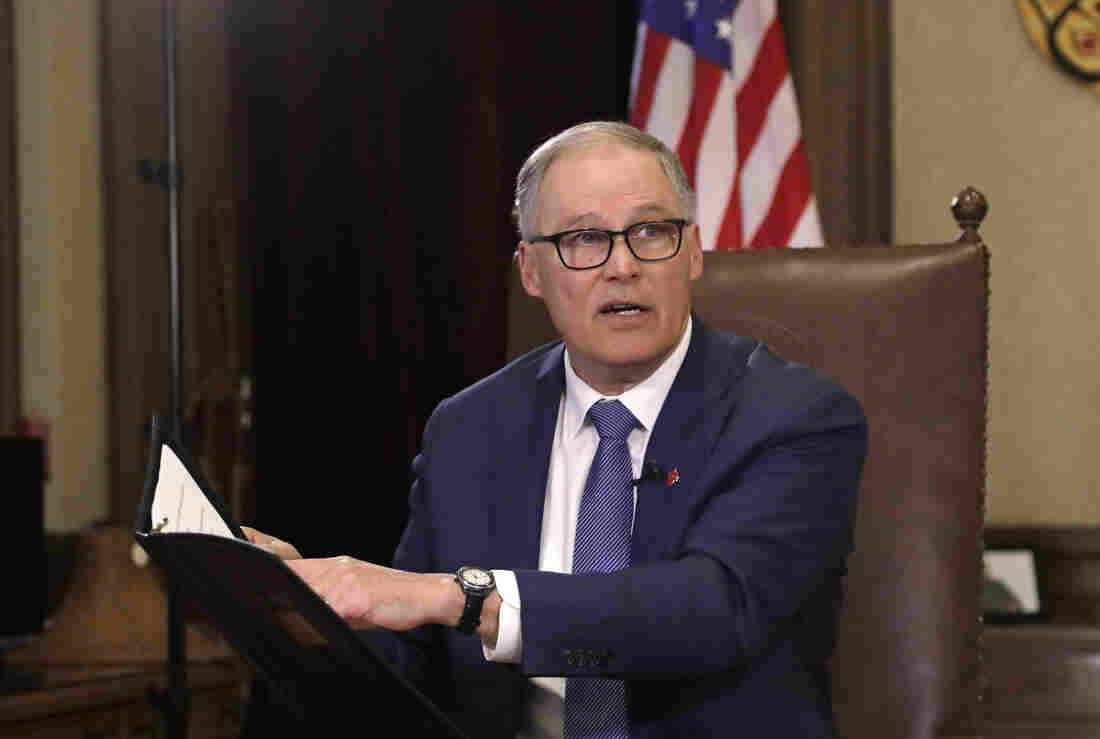 Gov. Jay Inslee squared off with President Trump during a call between the president and governors on the coronavirus coordination efforts. Elaine Thompson/AP hide caption 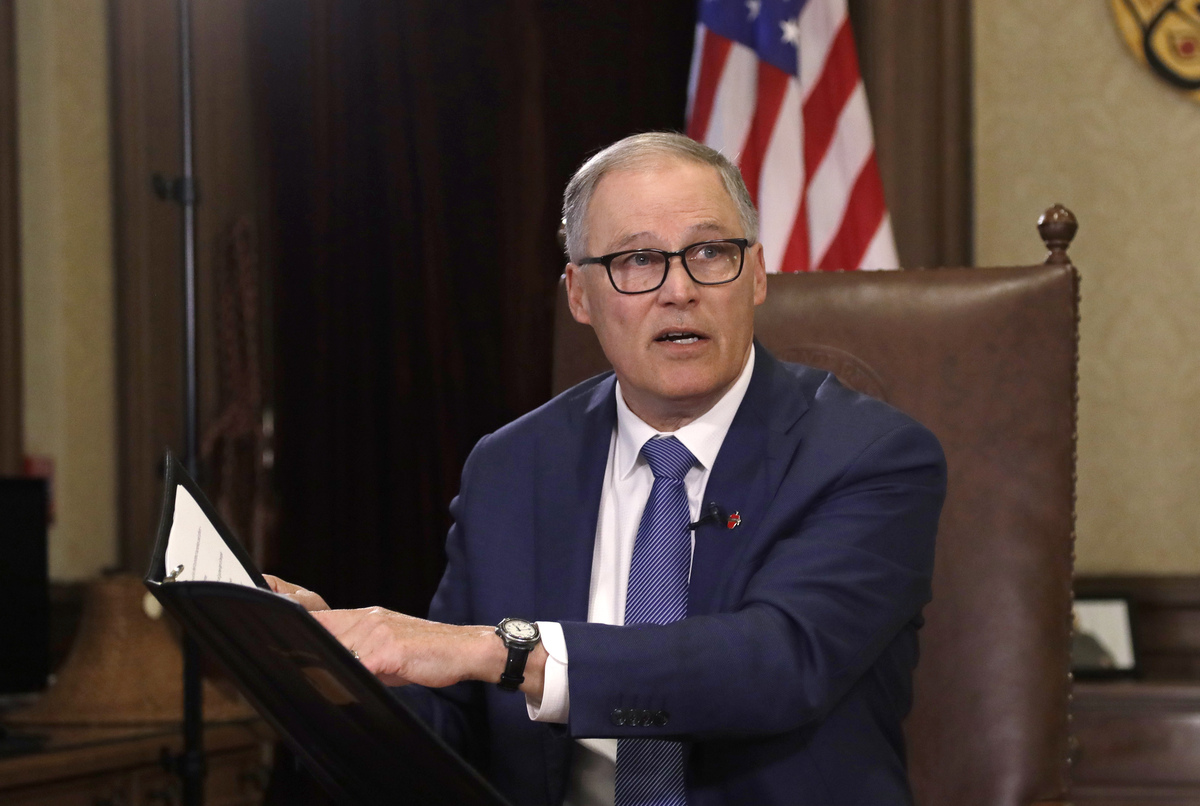 Gov. Jay Inslee squared off with President Trump during a call between the president and governors on the coronavirus coordination efforts.

During the White House's Thursday coronavirus task force briefing, President Trump boasted about a "terrific meeting" he had with state governors about coordinating a response to the outbreak.

"We had a great meeting," Trump said. "It was no contention. I would say virtually none."

But according to multiple reports, drama-free is not the apt summary of the conversation.

It might have been more accurate to say the call at times veered into testy territory.

For instance, Washington Gov. Jay Inslee urged Trump to use his authority to mandate the production of medical supplies. The action is something the president can do under the Defense Production Act, a Korean War-era law that gives the president powers to force businesses to make goods when there is national demand.

In response, Trump said the federal government serves as the "backup."

"I don't want you to be the backup quarterback; we need you to be Tom Brady here," an angry Inslee shot back at Trump, referencing the football star and friend of the president, according to the Associated Press, which obtained a recording of the call.

Washington is among the states rushing to secure hospitals beds, masks, ventilators and other critical supplies as the number of those infected with the coronavirus starts to overwhelm hospitals.

During the White House briefing, Trump did obliquely reference his clash with Inslee, but downplayed it, saying: "Maybe one person was a little tiny bit of a raising of a voice, a little wise guy."

On the Brady comparison, Trump said Inslee was not criticizing Trump's ability to quarterback a nation during a global pandemic. Instead, Trump heard the Brady comment as flattering.

"Yeah, he meant that in a positive way. We need Tom Brady," Trump said. "We're gonna do great. He meant it very positively."

After the press conference, Inslee responded on Twitter, saying he would have mentioned Seattle Seahawks star quarterback Russell Wilson, but "no one can be" Wilson.

I would have said Russell Wilson...but no one can be @DangeRussWilson.