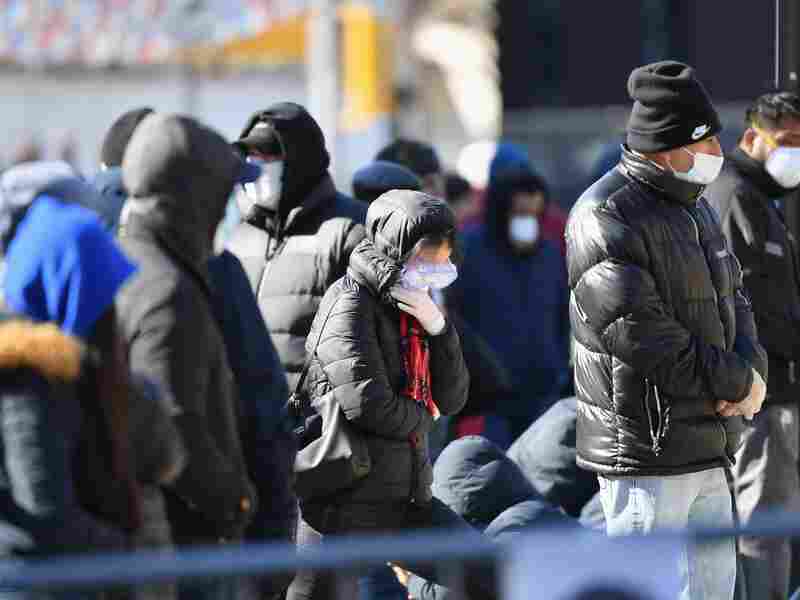 People stand in line to get tested for the coronavirus at Elmhurst Hospital Center in Queens, N.Y. Thursday. Angela Weiss/AFP via Getty Images hide caption 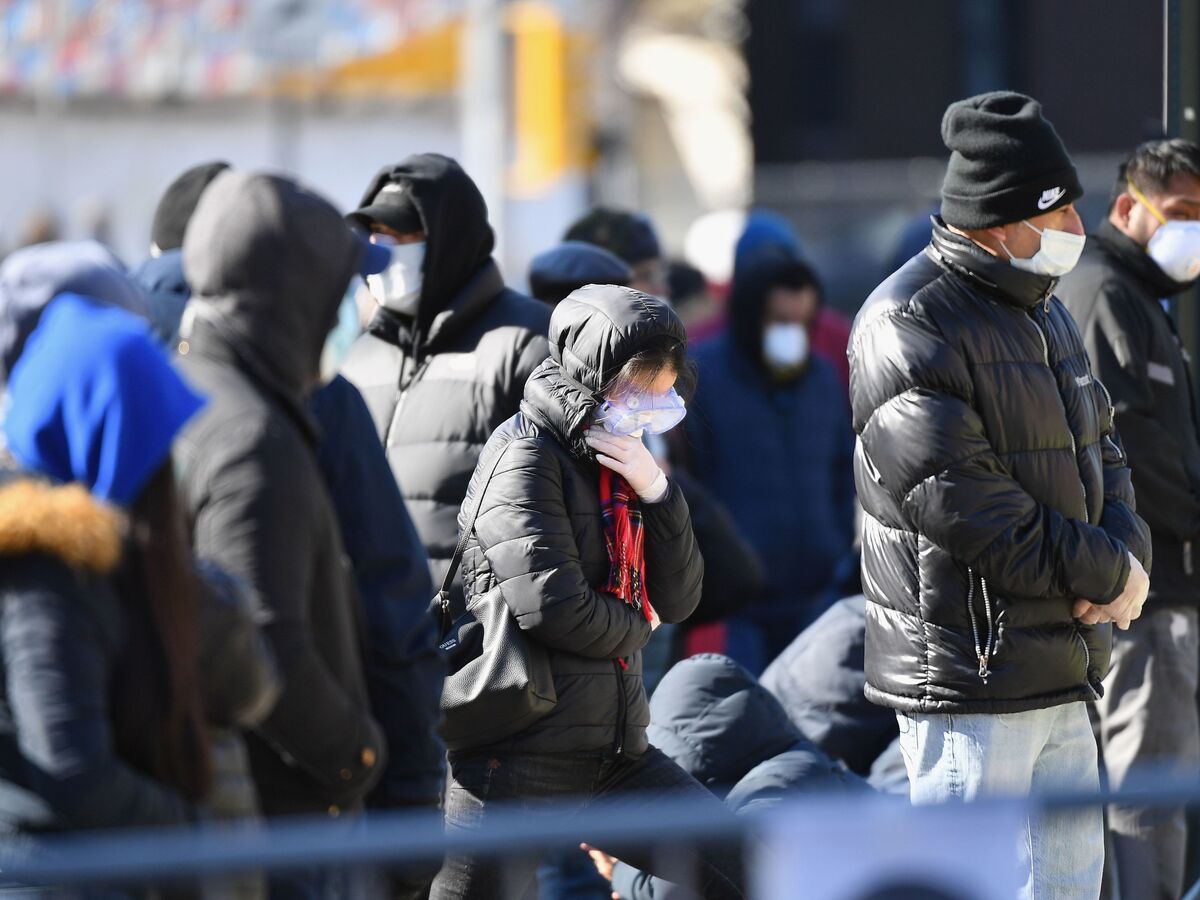 People stand in line to get tested for the coronavirus at Elmhurst Hospital Center in Queens, N.Y. Thursday.

The latest figures on coronavirus tests run so far in the U.S. were put at about 552,000, according to government officials during the Thursday's briefing of the White House Coronavirus Task Force.

Asked about the fact that this country now has more known cases of the new coronavirus than any other nation, according to data compiled by Johns Hopkins University, Trump said that is "a tribute to our testing."

The reality is that the availability of testing in the United States lags far behind the demand, with some areas limiting testing to only those sick people whose treatment decisions require knowing whether or not they are infected with the coronavirus.

"Since the U.S. still doesn't have enough tests to meet demand, the most immediate action we can take right now is to prioritize who gets tested," a representative of the American Clinical Laboratory Association said about the situation in an email to NPR on Wednesday.

While Trump told governors in a letter Thursday that the federal government would soon offer recommendations on how places hit less hard by the virus could lift social gathering restrictions relatively soon, task force member Dr. Anthony Fauci told NPR's Morning Edition earlier in the day that officials currently don't know enough to offer that kind of advice. A paucity of testing is one of the problems.

"We are quickly getting to the point where we will be able to get that data," Fauci said. "To be honest, we don't have all that data now uniformly throughout the country to make those determinations. But that's a major, primary goal that we have right now, is to get those data, because you have to make informed decisions, and your decisions are informed by the information you have."

At the briefing, Dr. Deborah Birx, response coordinator for the White House coronavirus task force, said 19 out of 50 states have fewer than 200 cases. But it's unclear how many cases have gone undetected because of the limited testing.

"We have to expand testing for surveillance," Birx said, to understand what is really going on.