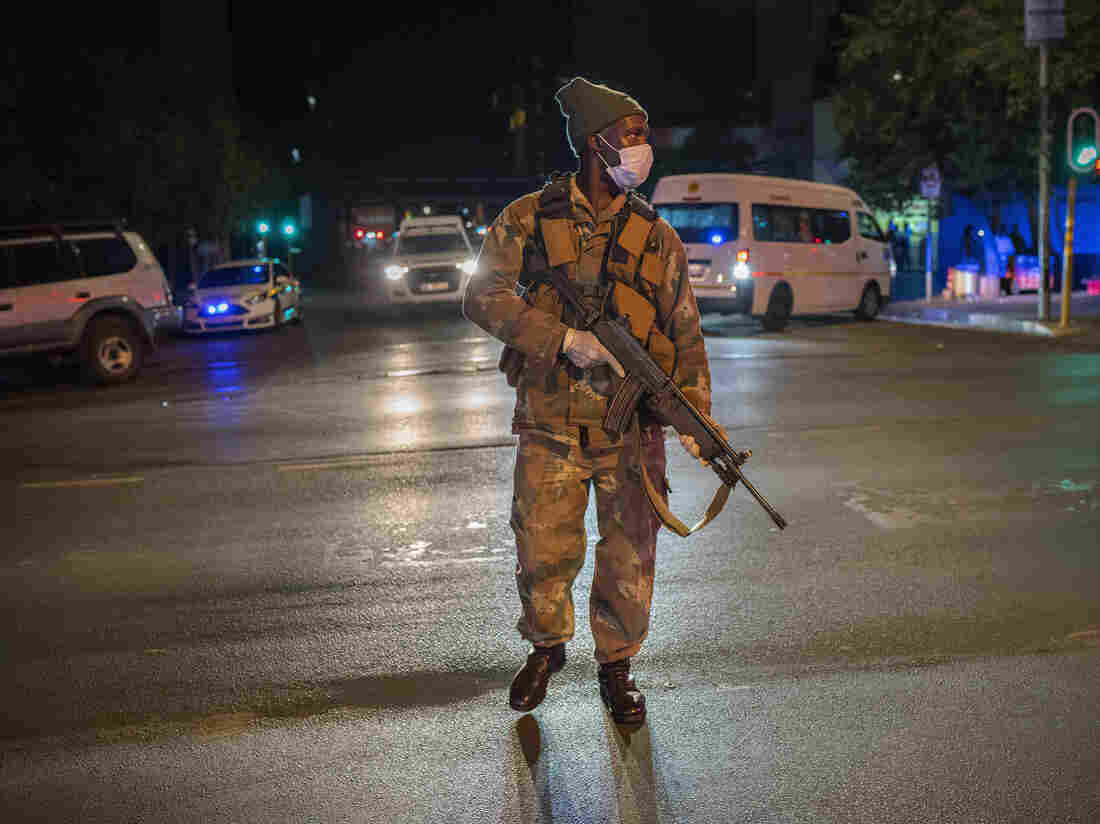 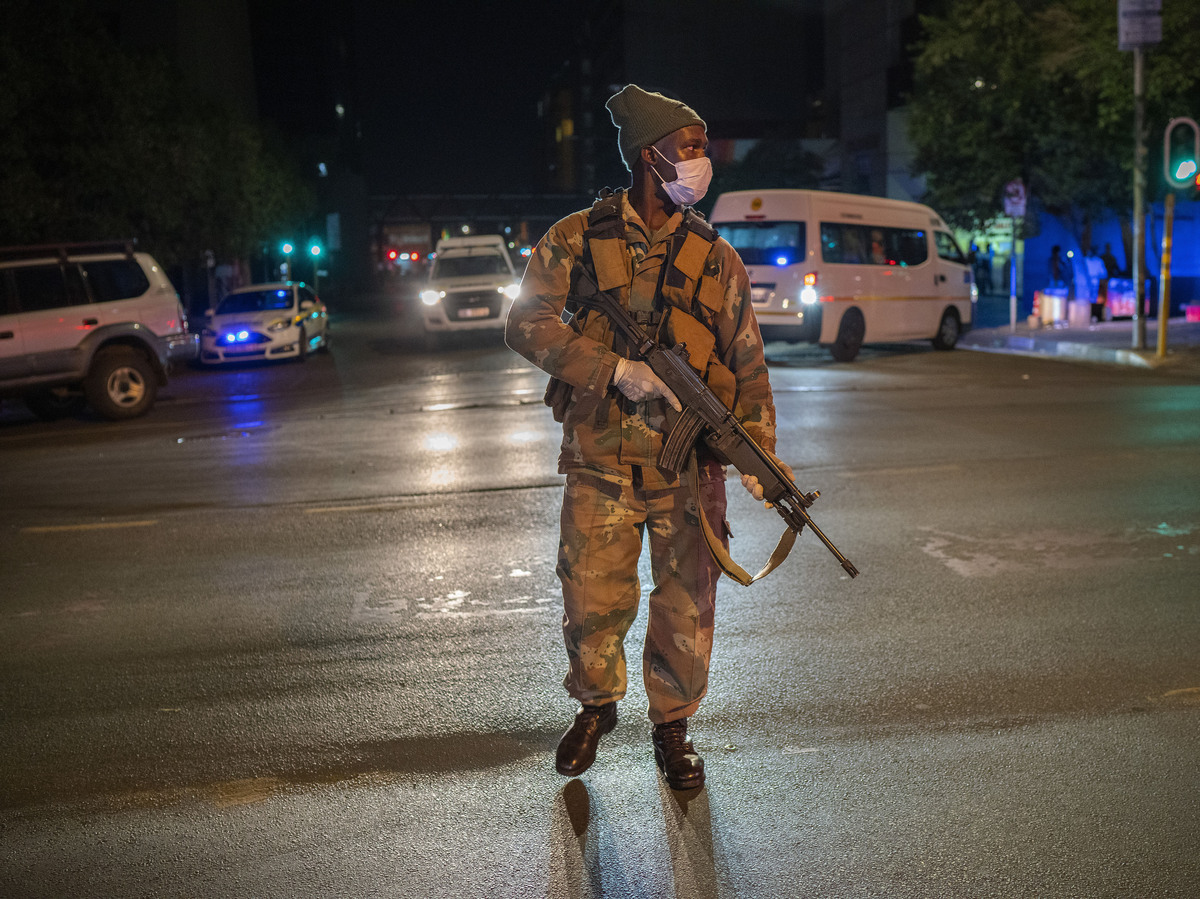 A South African soldier enforces the lockdown order in downtown Johannesburg on Friday.

South Africa started a three-week nationwide lockdown on Friday as the country reported its first deaths from COVID-19 and the number of confirmed cases of the novel coronavirus there neared 1,000, the highest on the continent.

At midnight Thursday, police and the military began enforcing an order forbidding all but essential movement. Before the deadline, there were long lines at supermarkets as people stocked up on supplies, according to the BBC.

Under the order, grocery stores are allowed to remain open, but liquor stores will be closed. Police Minister Bheki Cele urged citizens to stay sober during the lockdown.

Activities such as jogging and dog walking are prohibited. South Africa had already closed its borders, allowing only essential supplies to come into the country.

Officials said the lockdown could be extended if the situation with the growing number of infections doesn't improve.

On Friday, the country's health ministry reported the first two deaths from COVID-19, the disease caused by the virus.

Wearing a camouflage uniform, President Cyril Ramaphosa spoke to soldiers in the Soweto township of Johannesburg, urging them to be a "force of kindness" and to "defend our people against coronavirus."

"This is unprecedented, not only in our democracy, but also in the history of our country, that we will have a lockdown for 21 days to go out and wage war against an invisible enemy, coronavirus," he said.

Ramaphosa's office announced in a statement Thursday that the president had submitted to a coronavirus test and the results had come back negative. "The Presidency has deemed it necessary to make the test results public to reassure the nation that the President is in good health and continues with his duties," it said.

South Africa has among the world's highest rates of HIV infection, and those immune-compromised individuals are especially vulnerable to the COVID-19 respiratory disease. The country also has a large number of people with tuberculosis. As NPR's Jason Beaubien reported last week, "It's not known exactly how COVID-19 would play out in TB patients, but piling a second respiratory disease on top of TB could be devastating."

South Africa is the most industrialized country in Africa, but it is already in a recession, with unemployment at 29%. The 21-day lockdown was certain to exacerbate its economic woes.

According to data maintained by Johns Hopkins University, South Africa has more than 900 confirmed cases, by far the highest number on the continent. It is followed by Ivory Coast and Cameroon, each with under 100 confirmed cases.