Accessibility links
Supporters Of Brazil's Bolsonaro Call For Protests Against Coronavirus Lockdown : Coronavirus Live Updates Followers of President Jair Bolsonaro demand that the country returns to work and ends closures imposed to reduce the spread of COVID-19, which has killed 77 in Brazil.

Supporters Of Brazil's Bolsonaro Call For Protests Against Coronavirus Lockdown

Supporters Of Brazil's Bolsonaro Call For Protests Against Coronavirus Lockdown 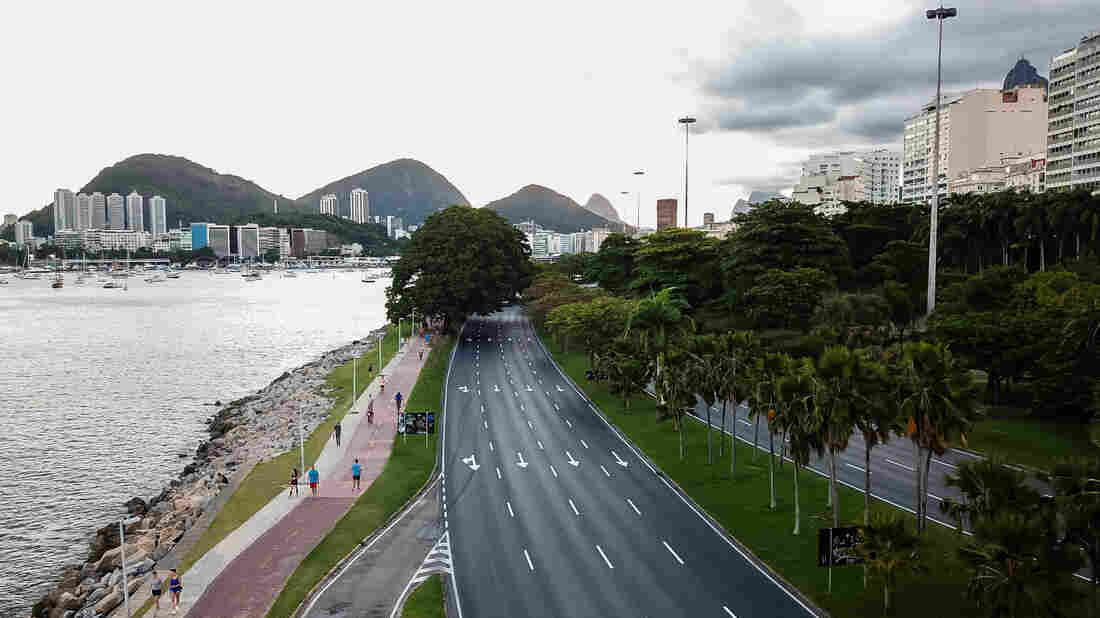 An aerial view of a near empty park in Rio de Janeiro on Thursday. Right-wing supporters of the president are calling for an end to restrictions put in place to stop the spread of the coronavirus. Buda Mendes/Getty Images hide caption 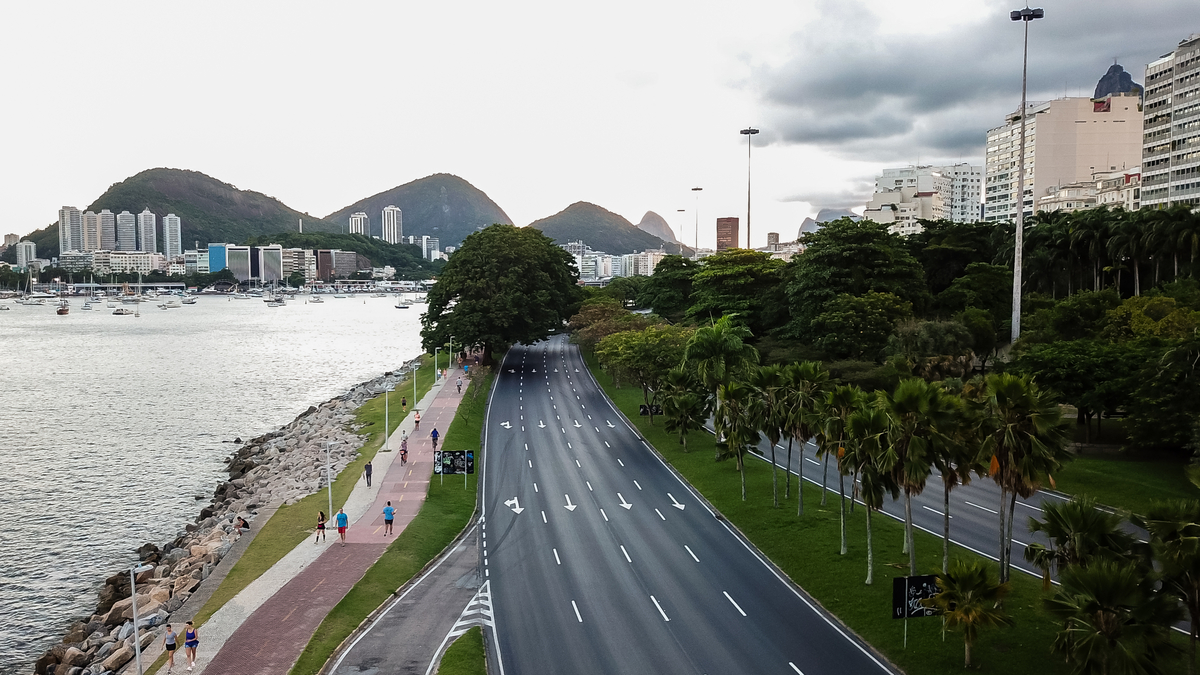 An aerial view of a near empty park in Rio de Janeiro on Thursday. Right-wing supporters of the president are calling for an end to restrictions put in place to stop the spread of the coronavirus.

Right-wing groups in Brazil are summoning their supporters onto the streets to demand that their country returns to work, and ends mass lockdowns imposed to reduce the spread of the coronavirus.

This follows a highly controversial campaign against shutdowns by Brazilian President Jair Bolsonaro, who believes mass closures will cause more economic devastation and suffering than the virus itself.

On Thursday, the number of COVID-19 deaths in Brazil rose by 20 to 77 — the country's biggest jump so far — while confirmed cases went up by 482 to 2,915, according to Brazil's Health Ministry.

Groups sympathetic to the president are circulating posts mainly on WhatsApp and Twitter, calling on people to leave their homes and join motorcades protesting the closure of nonessential businesses and schools that has brought life to a near standstill in some areas, including São Paulo and Rio de Janeiro.

"We are not going to die of hunger," says one of the posts advertising a rally Friday. Another calls for the mobilization of business owners, store keepers, drivers for ride-hailing companies and others this weekend. Similar motorcade protests were also held on Thursday in several smaller cities, according Brazilian media reports.

Bolsonaro has repeatedly dismissed the coronavirus threat as "exaggerated," arguing that people over 60 are the at-risk group that should be isolated, but that most Brazilians suffer few or no symptoms and should continue to work.

In Brazil, Bolsonaro Doubles Down On 'Exaggerated' Coronavirus

Brazilians "never catch anything," the president said Thursday. "A guy jumps in the sewer, comes out, dives in, and nothing happens." Earlier this week, Bolsonaro, 65, declared that if infected he would only suffer "at most a little flu" because of his "history as an athlete."

If the motorcade protests produce a large turnout, they will intensify the acrimonious conflict between Bolsonaro and most of Brazil's 27 governors and many mayors, who see social isolation as the best approach and are lobbying the president for federal funds to offset the crisis.

Bolsonaro's stance has been condemned as dangerous and irresponsible by multiple health professionals and scientists who warn that the pandemic threatens to quickly overwhelm Brazil's underequipped health system. In urban areas, many Brazilians have protested against the president every night for more than a week, by clattering pots and pans from their windows.

Among his leading opponents is João Doria, the governor of São Paulo, a state of about 45 million people and the nation's economic engine. Millions of people are confining themselves to their homes after Doria imposed a swath of restrictions, shutting down nonessential businesses, including movie theaters, bars and theaters, and cutting back transport links.