Accessibility links
A Wedding In Jordan Leads To A Coronavirus Cluster And Closure Of A Major City : Coronavirus Live Updates The Middle Eastern kingdom says 26 people tested positive for the virus after the large gathering, reportedly including a guest who flew in from Canada. 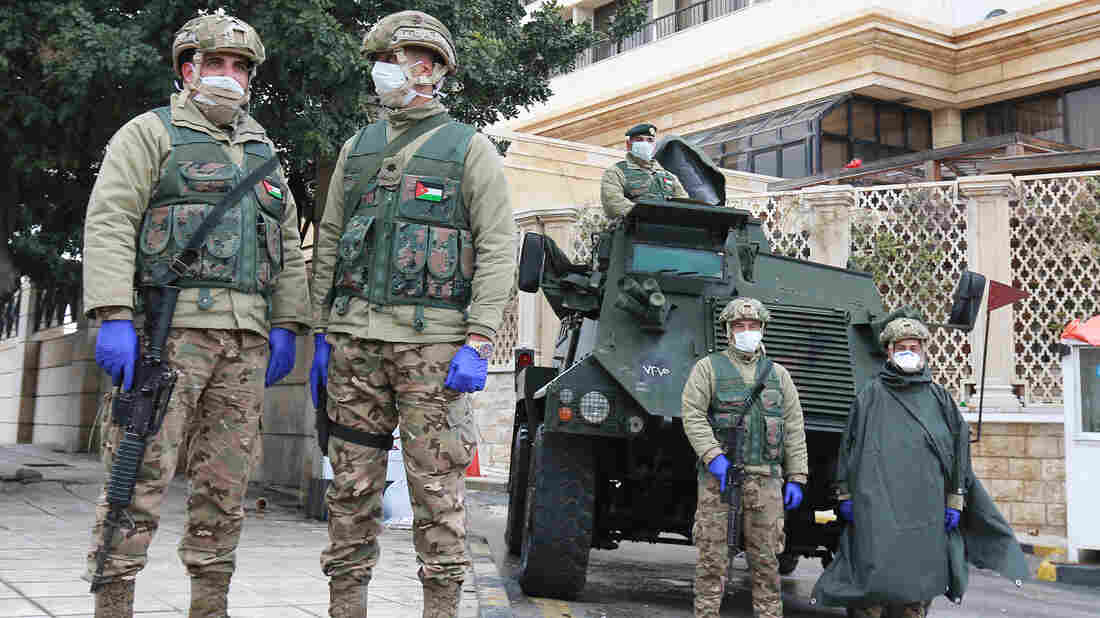 Jordanian soldiers keep watch in the capital Amman as Jordan takes measures to fight the spread of the coronavirus. Khalil Mazraawi/AFP via Getty Images hide caption 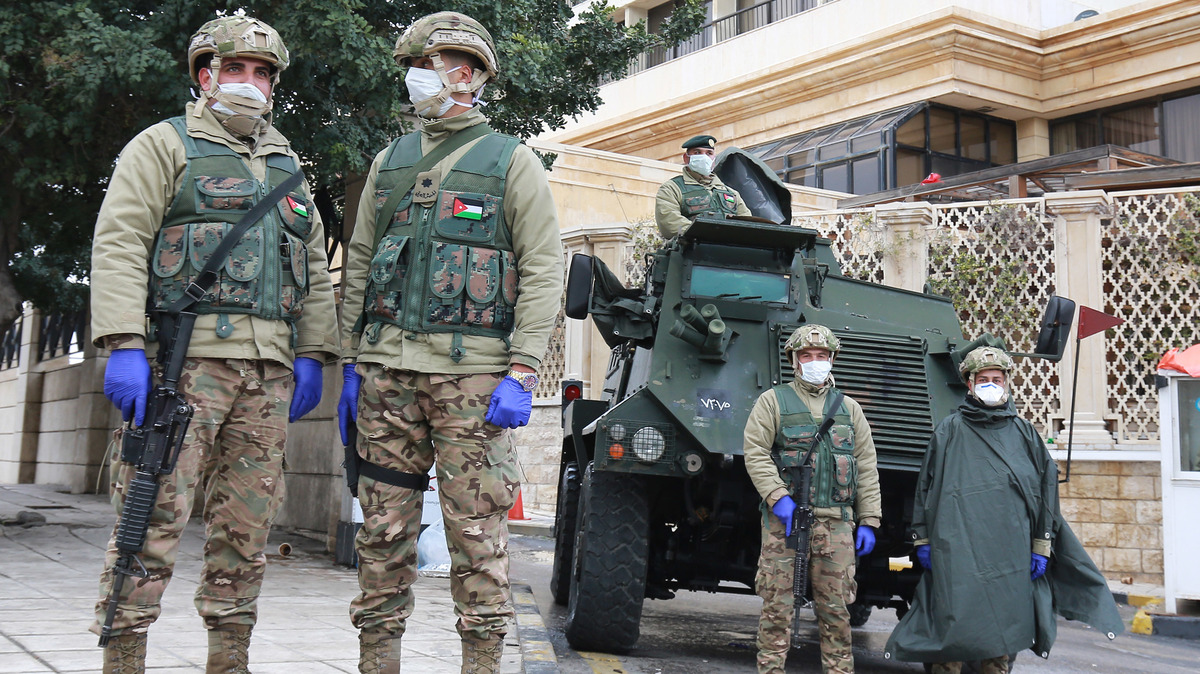 Jordanian soldiers keep watch in the capital Amman as Jordan takes measures to fight the spread of the coronavirus.

Jordan has sealed off its second biggest city and the surrounding province after dozens of guests at a wedding held two weeks ago tested positive for the coronavirus.

Army vehicles drove through the streets of Irbid, about 60 miles north of Amman, Thursday night telling people their city of 2 million was now effectively under military control and not to leave their homes.

Security forces deployed along entrances to the province to prevent people from going in or out, blocking even those with permits that had exempted them from a travel ban. The government said it would arrange delivery of food and water.

Jordan's crisis management center said that 26 of the 40 new coronavirus cases reported on Thursday had been guests at the Irbid wedding. The party was held despite a ban on large gatherings.

The bride's sister, interviewed in the hospital by the Al Arabiya satellite channel, said she had flown in from Canada for the wedding and the guests had not realized the danger. Her 2-year-old son also tested positive for the virus.

Irbid now accounts for at least 70 of the 235 confirmed cases in Jordan, as of Friday.

Health Minister Saad Jaber said in a news briefing Thursday that the rise in cases put Jordan "at a crossroads" in dealing with the pandemic. "We all saw what happened in large countries that had to put patients in [hospital] corridors ... to die. We will not allow this to happen in Jordan," he said.

Jordanian officials have indicated they could further tighten restrictions on movement — already among the most stringent in the world. Police have implemented a driving ban for all but essential personnel and have banned most people from leaving their homes. They've impounded cars and arrested violators.

The authorities on Tuesday eased the regulations to allow small neighborhood grocery stores to open for limited hours but have shut down supermarkets and delivery services.

Police said they were readying four new jails for those who repeatedly violated the curfew.