Accessibility links
Testing Supply Shortages At Hospitals : Coronavirus Live Updates Despite a statewide effort to procure and distribute coronavirus testing supplies to hospitals in New York, some facilities still don't have what they need to test patients quickly on-site. 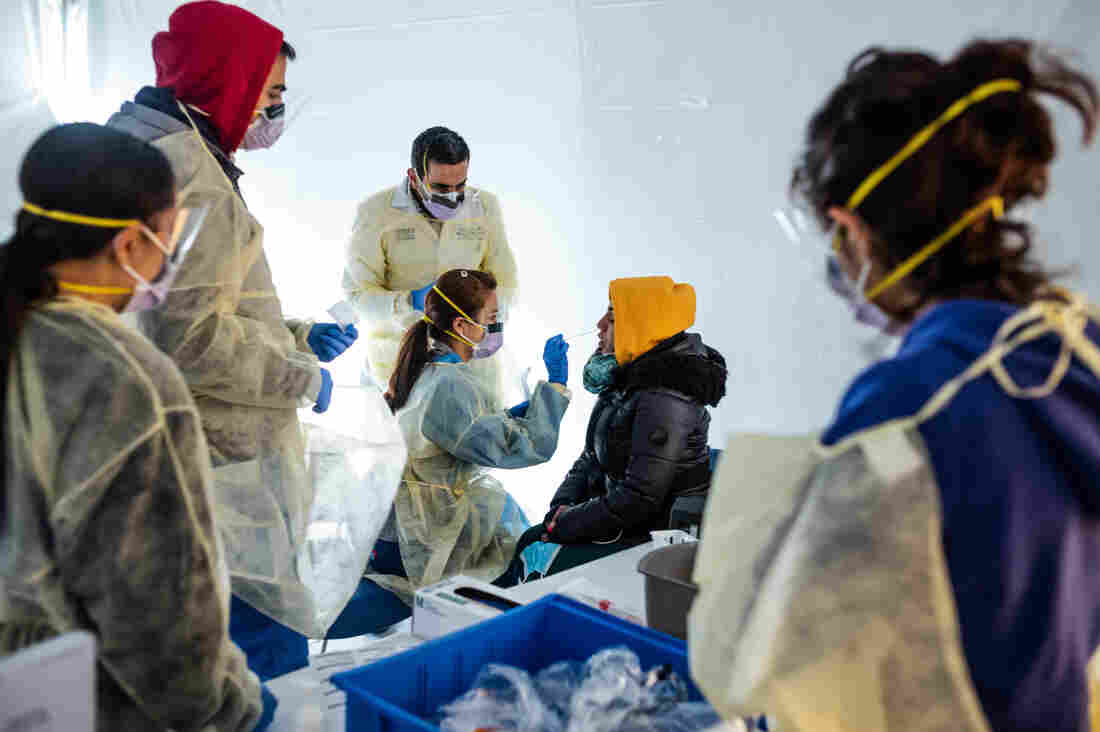 Doctors test hospital staff with flu-like symptoms for the coronavirus outside the Emergency Department at St. Barnabas Hospital in the Bronx. Not all New York City hospitals are able to do coronavirus tests on-site. Misha Friedman/Getty Images hide caption 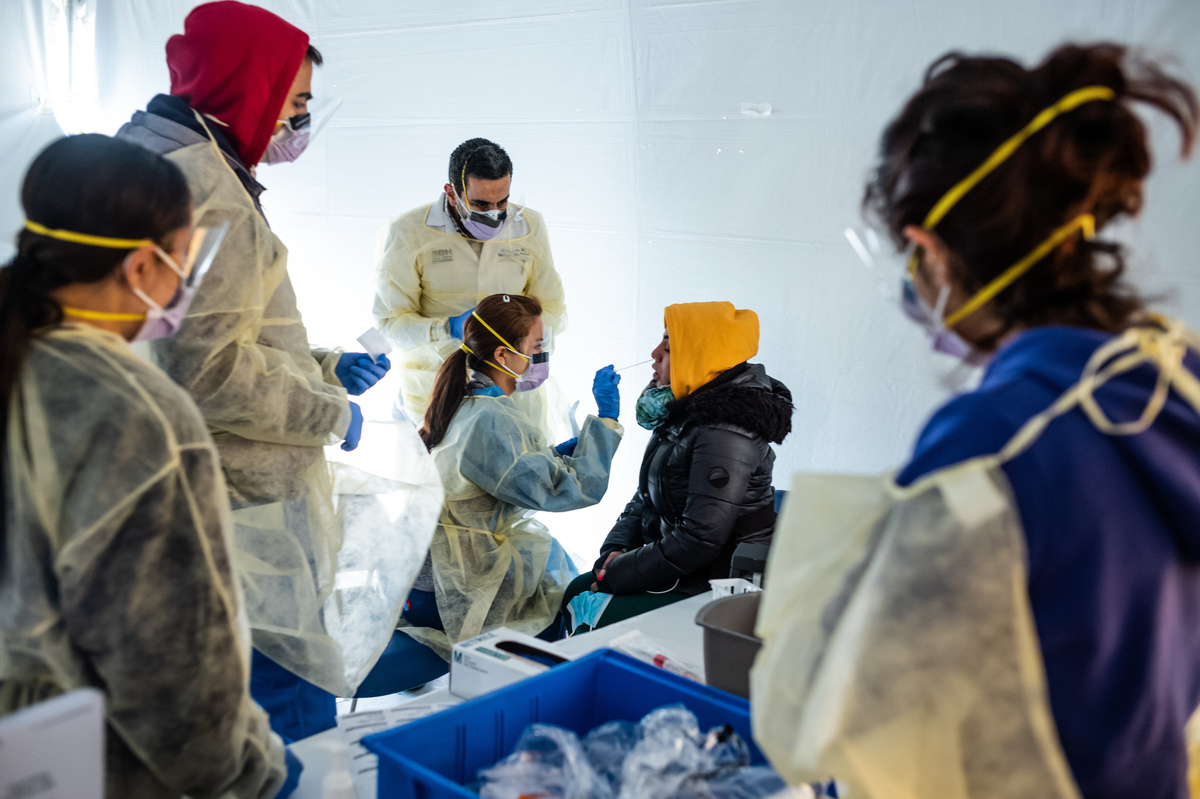 Doctors test hospital staff with flu-like symptoms for the coronavirus outside the Emergency Department at St. Barnabas Hospital in the Bronx. Not all New York City hospitals are able to do coronavirus tests on-site.

New York City hospitals are struggling to make sure they have enough staff, beds and protective equipment to treat a relentless and growing stream of COVID-19 patients. Providing effective, efficient care to people who are seriously ill requires hospitals to rapidly test people who appear to have the viral disease.

But even with New York's statewide effort to procure and distribute coronavirus testing supplies to hospitals, some medical centers say they still don't have what they need to test patients on-site. That includes one major hospital in Brooklyn.

"We've been trying to set up testing for three weeks," says Caitlin Otto, the director of microbiology at SUNY Downstate medical center in Brooklyn, N.Y., a 340-bed hospital that serves neighborhoods where the coronavirus is spreading rapidly. About a third of New York City's cases were in Brooklyn as of Thursday.

"We've put in orders to request additional equipment, to request reagents, but a lot of times what happens is we'll put in an order and then it will get canceled," says Otto. Reagents are chemicals and other substances that are necessary to run pathological tests. She says the hospital has asked New York state and city governments for help, but that so far they haven't received what they need.

"It's incredibly frustrating," says Dr. Jennifer Libien, the chair of the Department of Pathology at SUNY Downstate medical center. "Each day we think we're closer and closer to having in-house testing at our hospital, and each day we see it further away. It's like something's right in your grasp, and then you can't reach."

In-house testing is crucial for hospitals across New York City that are trying to allocate a limited supply of beds, staff and protective equipment amid an onslaught of sick people. If clinicians can't test for the coronavirus, they are forced to assume that anyone with COVID-19-type symptoms is actually infected. It also makes it difficult for doctors and nurses to separate people who don't have the virus from those who do, and makes it hard to know whether they themselves have been exposed to the virus.

"Having your own test really puts you in control of being able to take care of your own patients, and your physicians and nurses and other healthcare workers who are needing to be tested also," Libien says.

It's not clear how many hospitals in New York City are still unable to test for the virus on-site. Some of the city's large hospital systems have successfully obtained the materials they need, including NewYork-Presbyterian, Montefiore Medical Center, hospitals affiliated with New York University, and a network of hospitals run by Northwell Health.

"It seems like some of the larger health systems are getting supplies first," says Libien, who says she's concerned that smaller or less politically connected hospitals are waiting longer for supplies.

"We're not even talking about testing everyone that needs to be tested," Libien says, because New York City's health department told medical providers not to do outpatient testing for people who have COVID-19 symptoms. "We're just talking about being sure that we can adequately test our hospitalized patients in a timely way."