Accessibility links
3 Online Services To Keep Your Game Night Rolling : Coronavirus Live Updates If your regular game night's been disrupted by social distancing, here are a few ways that you can take tabletop games online — so you can stay safe and still trash talk your friends when you win. 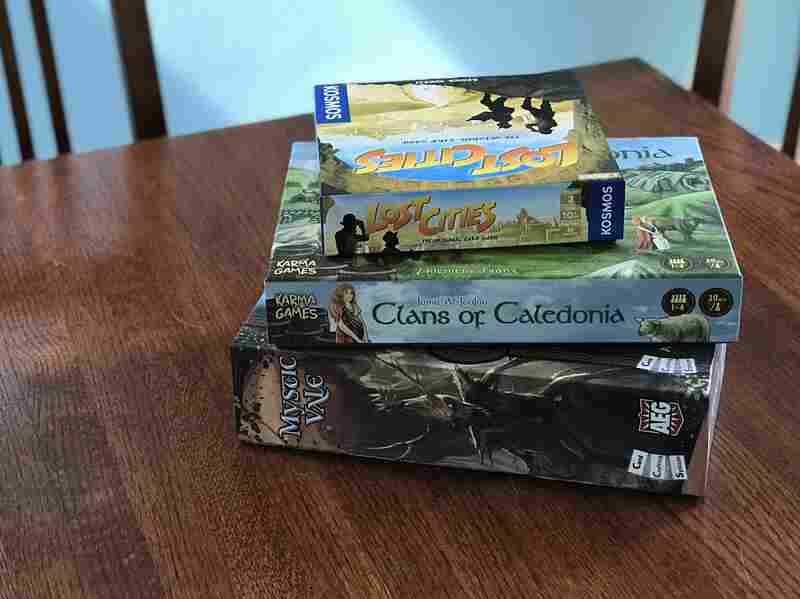 You can't play games like Lost Cities and Mystic Vale with your friends in person right now, but you can still play them online. Petra Mayer/NPR hide caption 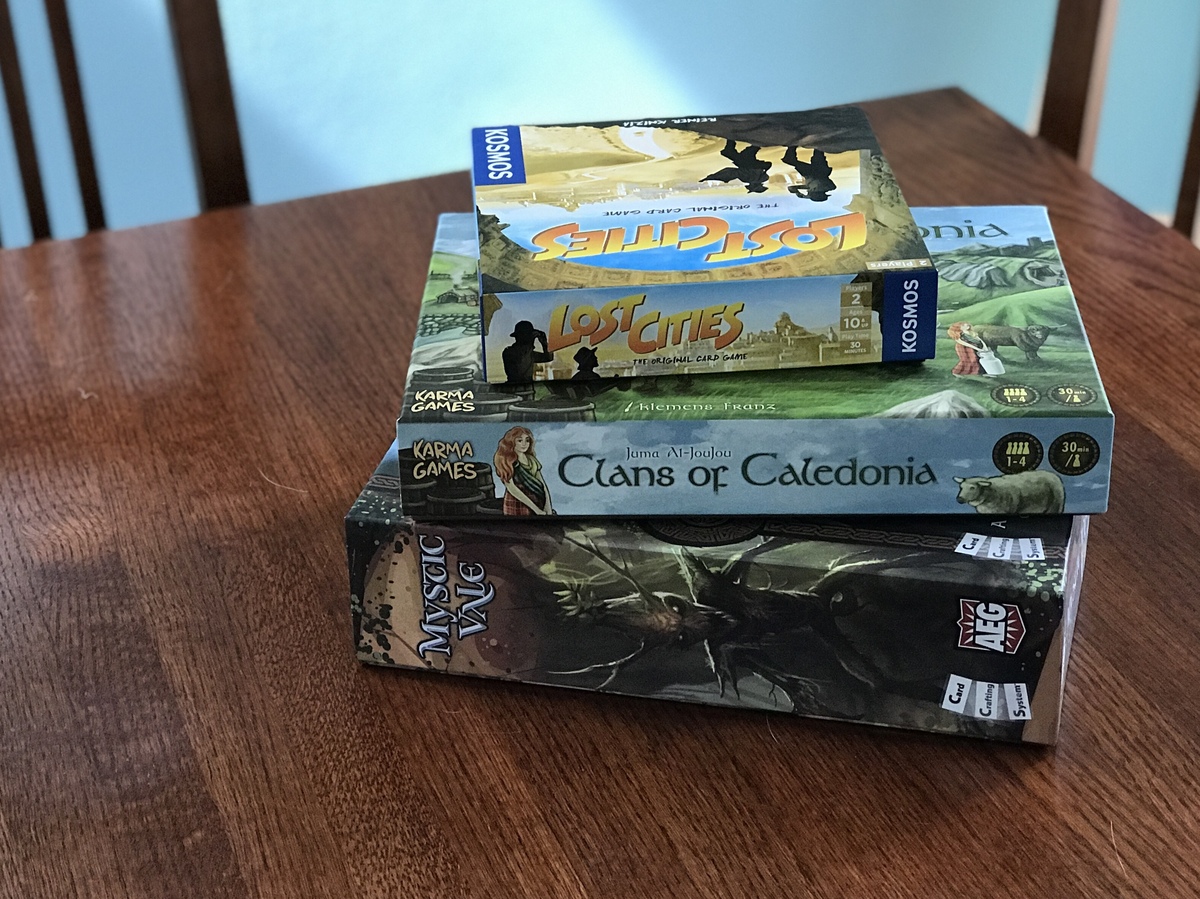 You can't play games like Lost Cities and Mystic Vale with your friends in person right now, but you can still play them online.

You've seen it all over your Twitter feed. Half your friends are probably playing it — yes, Nintendo's Animal Crossing is the video game of the moment, and it is a great way to keep yourself soothed and distracted.

But what if you want to play actual board games? For years, my friends and I have been gathering for regular game nights, and obviously these days that's right out. But what we've discovered is that there are a number of services that will let you take your game night online.

Boardgamearena.com is our current favorite. It works in your browser and on most game consoles, and it offers a wide range of modern board and card games. So no Monopoly — but who's ever managed to finish a game of Monopoly? Try Sushi Go!, a quick and charming sushi-themed collecting game, or 7 Wonders, a card-choosing game based on ancient civilizations. And if you can't decide what to play, all the games are categorized by length, difficulty and type of play (me, I like resource management games). BGA is free to join, though you can pay a few bucks a month for a premium membership that'll get you things like voice and video chat.

BGA has been a little overloaded lately (no surprise), so you might also try boiteajeux and yucata, which offer similar services.

For a slightly more in-depth experience, try Tabletop Simulator, available for Windows, Mac and Linux on the game distribution portal Steam. It offers a core of 15 games — basics like dominoes, poker, jigsaw puzzles and chess, but it also has a toolkit that lets players design their own games and even build dungeons for roleplaying adventures. Plus there's a big community of players who have already made their own games and put them up on the Steam forums for you to enjoy.

And for fans of Dungeons and Dragons and other tabletop roleplaying games, there's Roll20.net, a free service that lets you choose from dozens of different game systems — or create your own. (I should say that while the service itself is free, Roll20 will also sell you a premade adventure to play, and all kinds of digital doodads to customize your game.) I tend to run away and hide when presented with the complicated calculations involved in some RPGs, and I like the fact that Roll20 will do that thinking for you, if you want it to.

Now of course, the joy of game night is not JUST crushing your opponents at Sushi Go!. It's the back-and-forth, the smack talk and cross talk, the house rules you make up and the weird in-jokes that build up on favorite games like layers of nacre on a pearl — ask me sometime why everyone I play with yells "La strada!" when someone drops a piece. Or maybe don't, because that joke is so old I don't think anyone remembers where it comes from. It just is.

So you'll need a way to talk to each other. Google Hangouts is a decent choice — but for sound quality, my crew prefers Discord, a free voice and text chat server for gamers that works as a desktop or phone app. (Like many of these services, Discord does have a paid premium option, but for this, you won't need it.) Once you sign up, Discord allows you to create your own little server and invite your friends to chat, and we've found it a really useful complement to all our online gaming.

Now, whose turn is it?