Accessibility links
Relief Package Includes Billions For Boeing And Airlines : Coronavirus Updates Air travel has rapidly decreased, and Congress has stepped up with assistance: more than $60 billion in aid for airlines, as well as Boeing and some of its critical suppliers. 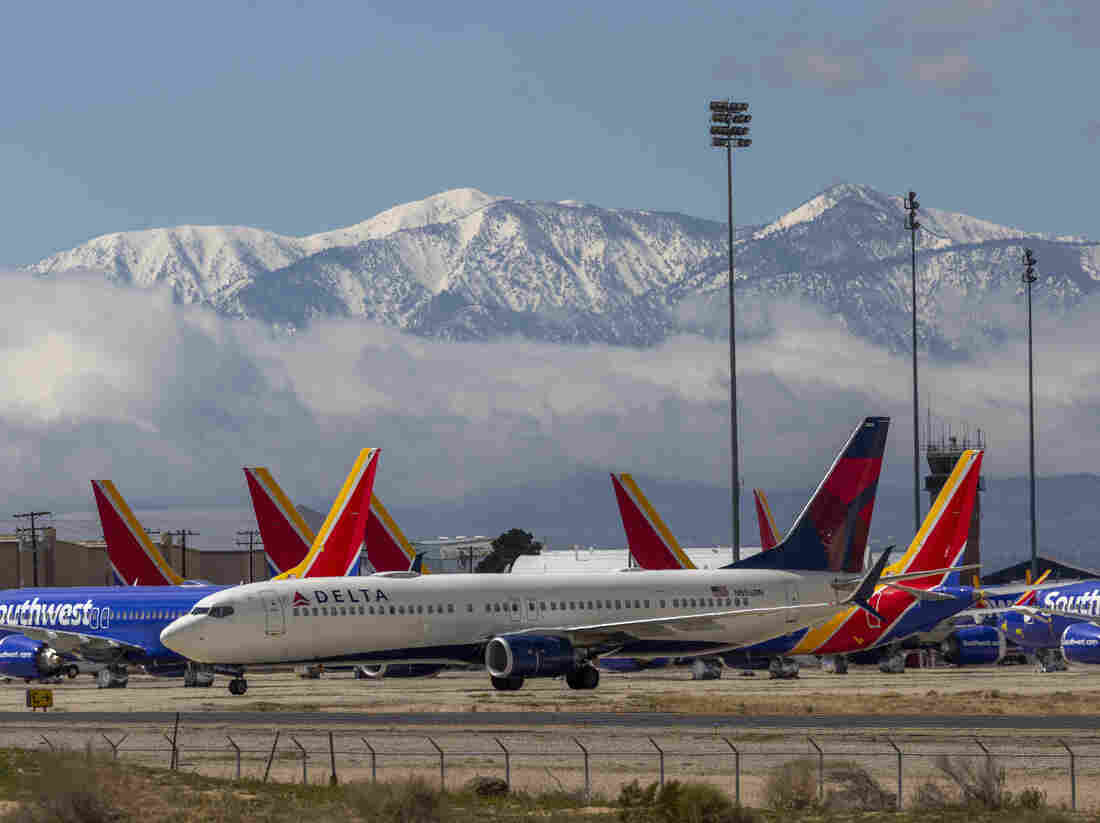 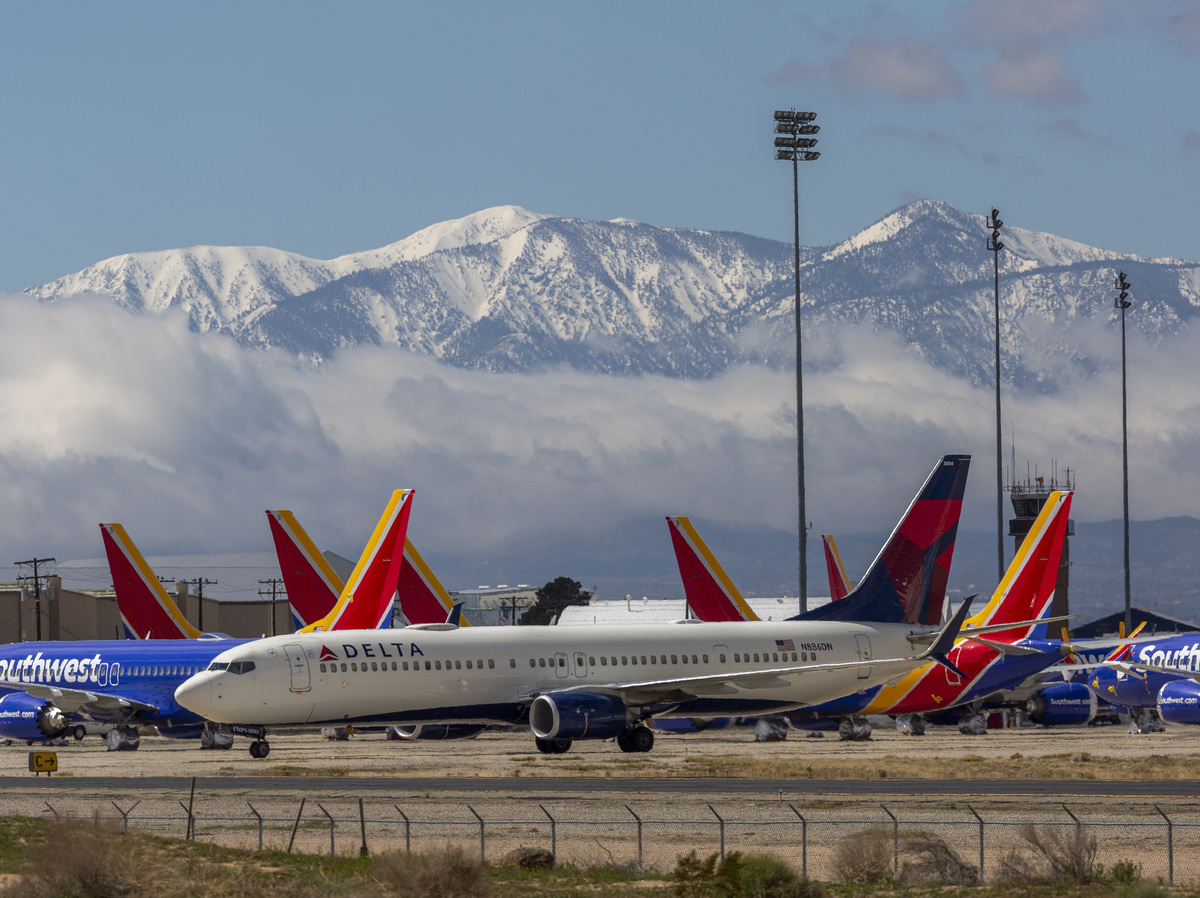 A Delta Air Lines jet taxis past Southwest Airlines jets to be parked with a growing number of jets at Southern California Logistics Airport on Tuesday in Victorville, Calif. Airlines around the world are scrambling to find places to park planes.

A pretty big chunk of the $2 trillion federal coronavirus relief package will go to the commercial aviation industry; most notably, the airlines, airports and airplane manufacturer Boeing.

They're losing billions as air travel has nearly come to a complete halt. The Transportation Security Administration reports screening just 203,858 travelers at airport security checkpoints on Thursday, down 91% from the same Thursday last year, when TSA screened nearly 2.5 million people. But the $88 billion in total aviation-related government assistance comes with many strings attached.

— The aid must "exclusively be used for the continuation of payment of employee wages, salaries and benefits."

— The airlines must maintain service to all the destinations they served on March 1, 2020, through March 1, 2022, which could mean continuing to fly empty or near-empty planes.

— $17 billion in loans and loan guarantees to aerospace "businesses critical to maintaining national security," which industry and congressional sources say in essence means Boeing and its suppliers.

— The companies taking out the loans are prohibited from buying back stock and paying stock dividends during the lifetime of the loan.

— There are limits on compensation, bonuses and golden parachutes for executives earning more than $425,000.

— Recipients of the loans must maintain March 24, 2020, employment levels "to the extent practicable" and under no circumstance can they cut more than 10% of the company's workforce.

— The federal government may require an equity stake in the companies as collateral for the loans.

And finally, $10 billion in grant aid for airports, which must maintain at least 90% of current employment levels through Dec. 21, 2020.

The airlines, their employee unions and travel groups praise the compromise legislation for providing necessary relief to a beleaguered industry. But some see a missed opportunity to better benefit the flying public.

"I support it," says Charlie Leocha, president of the consumer group Travelers United. "But what I don't support ... [is] the fact that they made no changes whatsoever in terms of consumer protections."

Congress could have required minimum airline seat sizes and limited excessive fees, but most importantly, during this public health crisis, Leocha says the legislation should have required airlines to fully refund fares to passengers who cancel their flights because they are sick.

"Sick passengers are basically compelled to fly unless they have extra money to pay off extra charges for cancellations or change fees."

He says all it would take adding this one line in the 883 page bill: "Airlines will establish rules and publish them in their contracts of carriage that will allow sick passengers with a note from a doctor to change or cancel flights without additional fees or costs."

"Boeing has said that they have no intention of using the program," Mnuchin said on Fox Business Friday morning. "That may change."

Mnuchin also says the federal relief package is "not an airline bailout," adding "that taxpayers need to be compensated for relief they're giving to airlines," which is why the legislation allows the Treasury Department to seek a stake in the airlines by demanding equity, warrants or other financial instruments to "provide appropriate compensation to the federal government."