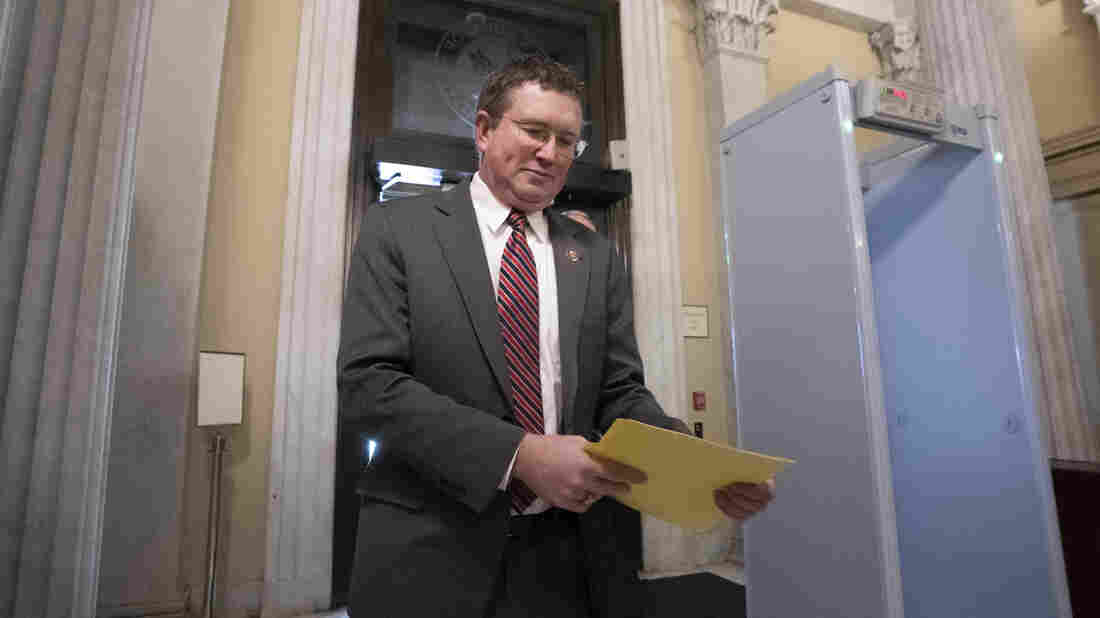 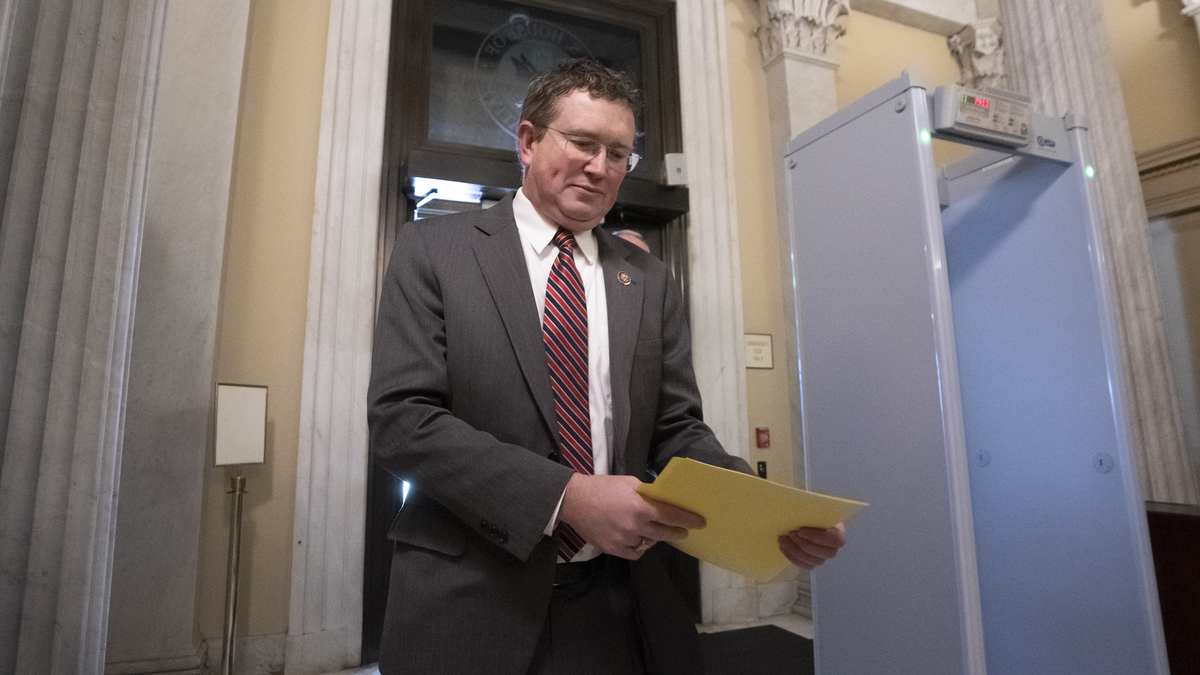 Rep. Thomas Massie, R-Ky., pictured in December 2019, tried to delay a House vote on the coronavirus rescue package by forcing members to vote on the floor.

Texas Republican Rep. Chip Roy wasn't interested in President Trump's attempt at Twitter-shaming another GOP lawmaker who mounted a failed attempt to drag out a vote on a $2 trillion coronavirus relief bill.

There was bipartisan frustration with Rep. Thomas Massie, R-Ky., ahead of the vote over his threat to upend plans for a speedy voice vote on the bill by demanding an in-person roll call. Leaders ultimately prevailed but not before Massie drew fire from Trump.

The attempt at a voice vote forced more than 200 House members to return to Washington despite travel difficulties and some members being either sick with the coronavirus or in protective quarantine. Trump weighed in on Twitter, calling for Massie to be ousted from the Republican Party over the demand.

Looks like a third rate Grandstander named @RepThomasMassie, a Congressman from, unfortunately, a truly GREAT State, Kentucky, wants to vote against the new Save Our Workers Bill in Congress. He just wants the publicity. He can’t stop it, only delay, which is both dangerous......

Trump and his Twitter feed are widely feared by Republicans. He has been known to tank the political prospects of candidates and rain criticism and attacks on those he calls out on the platform. That didn't stop Roy from telling Trump to stop.

.@RepThomasMassie is one of the most principled men in Congress & loves his country. He is defending the Constitution today by requiring a quorum. There’s nothing 3rd rate about that, @realDonaldTrump. I may miss vote if he forces roll call (flights) but it will pass. Back off. https://t.co/ms8TM3rJp8

At least one other member, Rep. Paul Gosar, R-Ariz., also stepped up to defend Massie — but with a slightly softer tone.

@realDonaldTrump Mr. President. @RepThomasMassie is a good man and a solid conservative. He believes in the Constitution strongly. We won’t always agree on strategy or policy. But he doesn’t warrant this dressing down. Thomas—Hang tough brother. #CoronavirusOutbreak https://t.co/f0gydIQHTX

Massie was undeterred. He used an 11-part tweet to explain his complaints against the legislation, including its price tag and and political process used to craft it.

(1/11)I swore an oath to uphold the constitution, and I take that oath seriously.

In a few moments I will request a vote on the CARES Act which means members of Congress will vote on it by pushing “yes” or “no” or “present.”

After more than four hours of debate, leaders managed to assemble enough members in the chamber to object to Massie's request and move ahead with the voice vote in order to pass the rescue package.