Accessibility links
In Kenya, Security Forces Attack Ferry Passengers Trying To Make Coronavirus Curfew : Coronavirus Live Updates Dozens were injured in Mombasa as passengers surged toward the ferry and security forces dispersed them with teargas and force. The ferry was closing early and a huge crowd had built up at the dock. 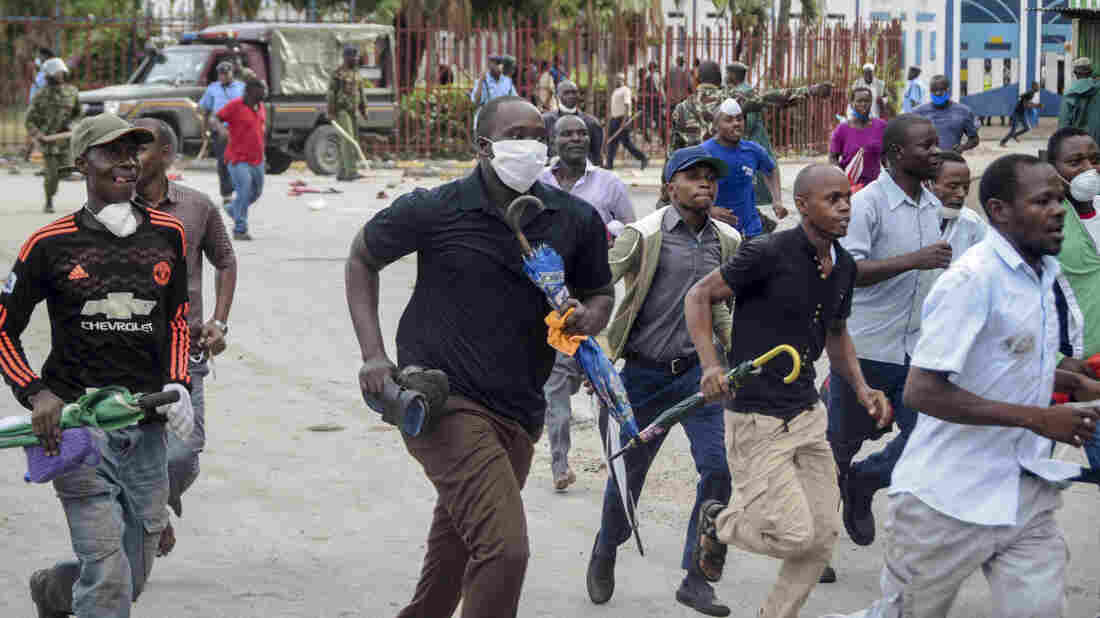 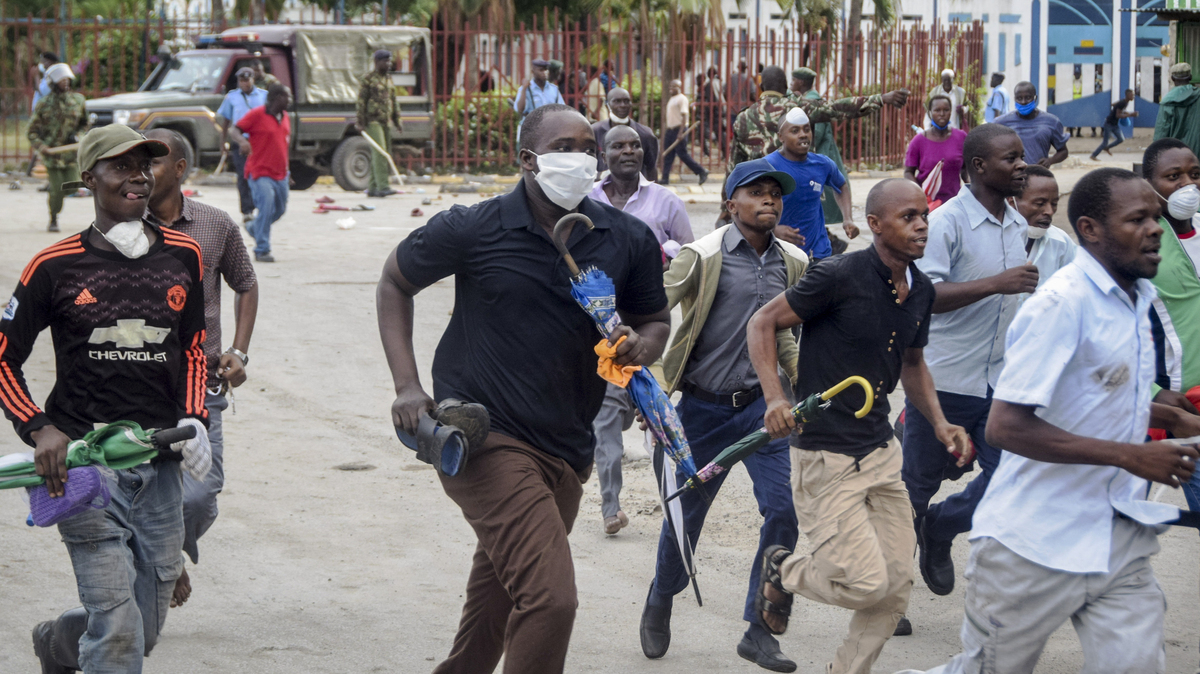 Ferry passengers flee from police firing teargas near a ferry in Mombasa, Kenya, on Friday.

Dozens of people have been injured in Kenya, as paramilitary police tear gassed and beat passengers trying to board a ferry in order to make a curfew imposed by authorities to slow the spread of the coronavirus.

According to witnesses, passengers were trying to get on the ferry on Friday in Mombasa before the 7 p.m. curfew. Because the ferry was closing early and was running at a lower capacity to encourage social distancing, a huge crowd built up at the dock. As passengers crowded toward the ferry, security forces dispersed them with tear gas and force.

Video aired by Kenya's NTV channel showed security forces hitting passengers with batons. As one woman struggles to recover from breathing teargas, an officer hits her with a stick and then pushes her aside.

Kenya has 31 confirmed cases of COVID-19. But fearing that the country's health system can be quickly overwhelmed, the government has ordered a raft of measures, including this nighttime curfew, the closing of schools and suspension of international flights. The government has also asked non-essential employees to stay home.

"This was meant to be a curfew to protect people from an ongoing pandemic, and therefore it was supposed to encourage people to stay in the house," Otsieno Namwaya, a researcher at Human Rights Watch, told NPR. "The way it is being handled, it is like it is a curfew that is resulting out of some kind of unrest."

Namwaya says the brutality doesn't surprise him because this is the way Kenyan security forces have dispersed crowds in the past. Even so, he says the current situation does worry him. Many Kenyans simply can't afford to stay home. If they don't work, they will not eat. Most workers on the island of Mombasa live on the mainland. This ferry is the only way back home.

"So when you declare a curfew or a lockdown for 30 days and ask people to stay indoors for 30 days, you can imagine what that means," he said. "So we are dealing with a restless population and a very reckless police force."

There are similar worries across the border in Uganda, where the government has imposed similar measures.