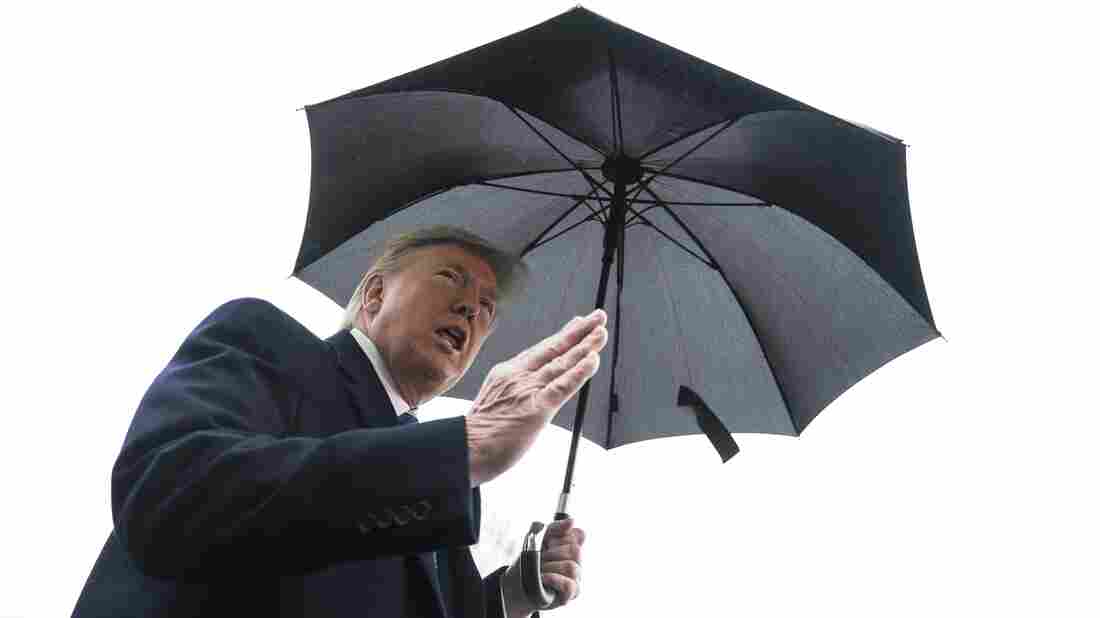 During his remarks to reporters before his departure to Norfolk, Va., President Trump said outside the White House that there was a "possibility that sometime today" there will be a two-week quarantine on parts of New York, Connecticut and New Jersey. Sarah Silbiger/Getty Images hide caption 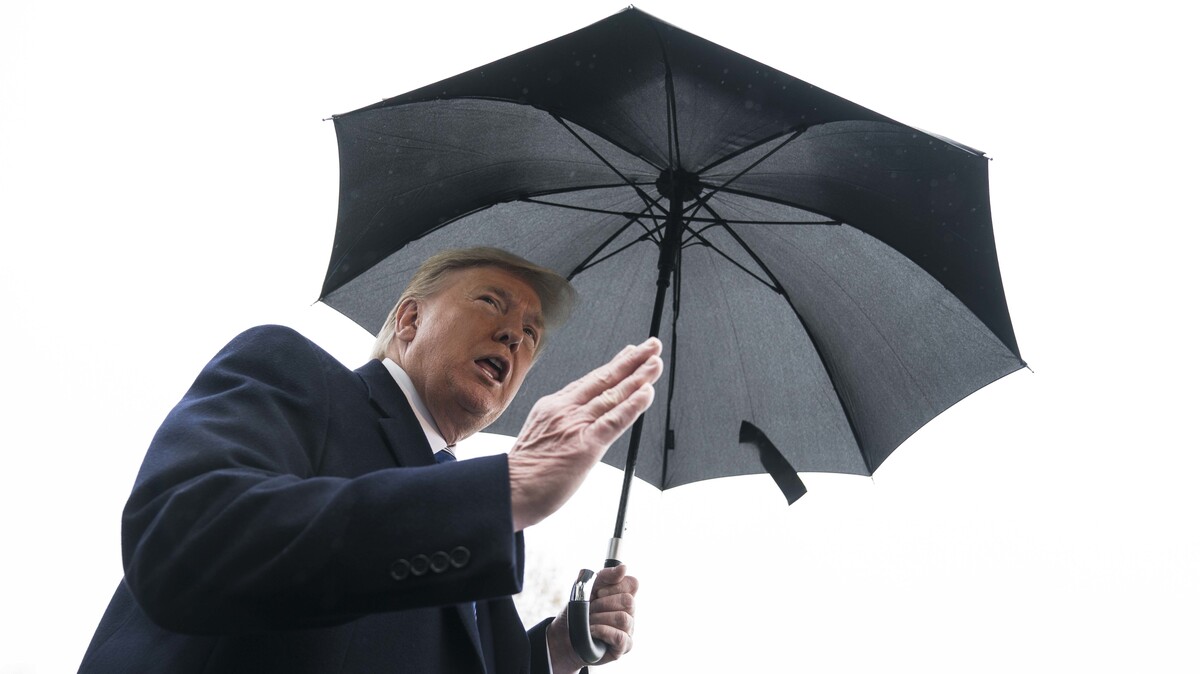 During his remarks to reporters before his departure to Norfolk, Va., President Trump said outside the White House that there was a "possibility that sometime today" there will be a two-week quarantine on parts of New York, Connecticut and New Jersey.

After broaching the possibility of quarantining New York, Connecticut and New Jersey, President Trump backtracked late Saturday, saying a "quarantine will not be necessary."

Earlier in the day, the president said he was "looking at" quarantining New York, New Jersey and parts of Connecticut because they had developed as "hot spots" of the coronavirus outbreak.

Several hours later, Trump said in a series of tweets that he would instead "issue a strong Travel Advisory" to be administered by governors in consultation with federal officials. Trump said he made the decision on the recommendation of the White House Coronavirus Task Force and the governors of New York, New Jersey and Connecticut.

Following Trump's reversal, a statement released by the Centers for Disease and Control on Saturday night said, "Due to extensive community transmission of COVID -19 in the area, CDC urges residents of New York, New Jersey, and Connecticut to refrain from non-essential domestic travel for 14 days effective immediately."

Trump's announcement came on a day when he traveled to Naval Station Norfolk, where he spoke about the deployment of the USNS Comfort, a hospital ship destined for New York Harbor. The ship will support the taxed medical resources of New York City — which, with more than 30,000 confirmed cases and at least 672 deaths as of Saturday afternoon, has become the epicenter of the pandemic in the U.S.

New Jersey has also seen a big spike in cases recently — with more than 11,000 confirmed, in all, at least 140 of which have resulted in the patient's death. Connecticut has seen at least 1,524 cases and reported 33 deaths.

"We might not have to do [the quarantine]," Trump told reporters before his departure to Norfolk, "but there's a possibility that sometime today we'll do a quarantine — short-term two weeks for New York, probably, New Jersey and parts of Connecticut."

I am giving consideration to a QUARANTINE of developing “hot spots”, New York, New Jersey, and Connecticut. A decision will be made, one way or another, shortly.

He added that "we wouldn't" close the New York City subway and that "we're not going to need" the National Guard, explaining that he planned to speak with New York Gov. Andrew Cuomo later in the day.

Cuomo said that despite his recent conversations with the president about the hospital ship, he had heard nothing from Trump "about any quarantine."

"I haven't had those conversations," the governor said at a separate news briefing Saturday in New York. "I don't even know what that means." Cuomo also said Saturday that the state is postponing its presidential primary — originally scheduled for April 28 — back to June 23.

In a statement, Connecticut Gov. Ned Lamont said he was looking forward to speaking to President Trump directly about his comments and future actions, "because confusion leads to panic."

Lamont said he has already called on residents to stay home and has directed those who have to travel outside of the state to self-quarantine for at least 14 days upon arrival.

Regarding the President’s consideration of a quarantine of New York, as well as parts of Connecticut and New Jersey, our state has already called on residents to stay at home. (1/3)

Later in the day, at a news conference in Connecticut, Lamont said that he had spoken with a senior White House official, but had not yet spoken to the president directly.

"I can't speculate on exactly what the president meant by a mandatory quarantine, but I can tell you that we are working together on this," Lamont said. "I hope we have clarity from the White House before this night is over so that before the day comes people know exactly what they can expect."

The governors of Florida and Rhode Island have already announced that they are requiring travelers from New York to go into a 14-day quarantine.

Across the country, more than 121,000 cases of the coronavirus have been confirmed, as of Saturday evening — though health experts suspect the true extent of the virus is much larger, with the federal government still struggling to adequately supply testing kits, ventilators and personal protective gear for local health care workers.

On Saturday, the nation's death toll also crossed the 2,000 mark.