Accessibility links
Planeload Of N95 Masks, Other Supplies Arrives In New York : Coronavirus Updates Sunday's planeload comes as the Trump administration faces criticism over its distribution of medical supplies that are in short supply across the country. 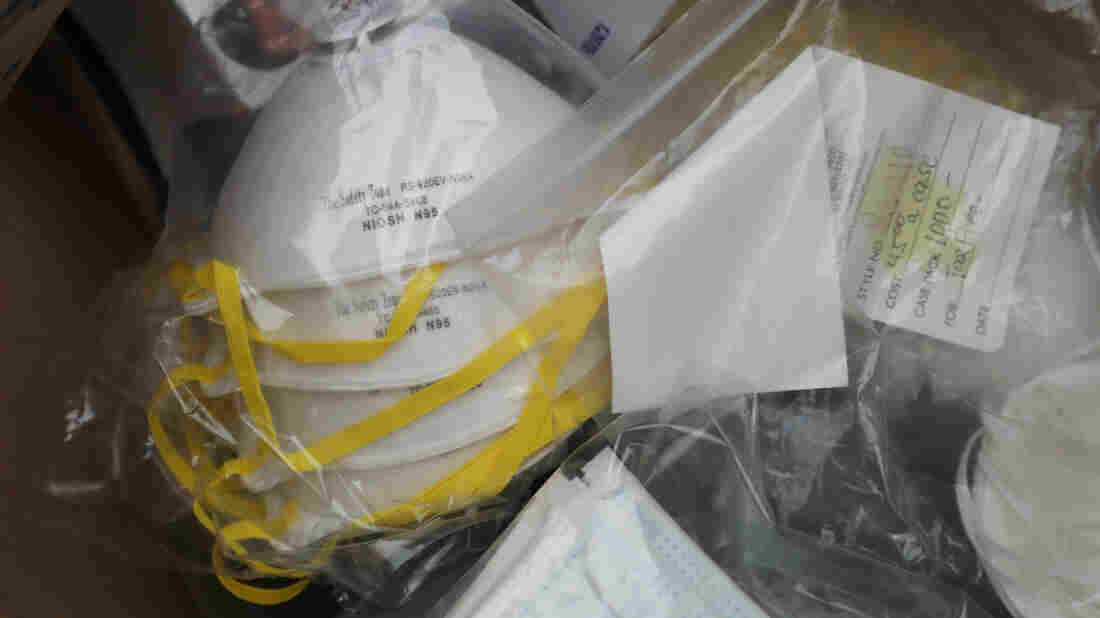 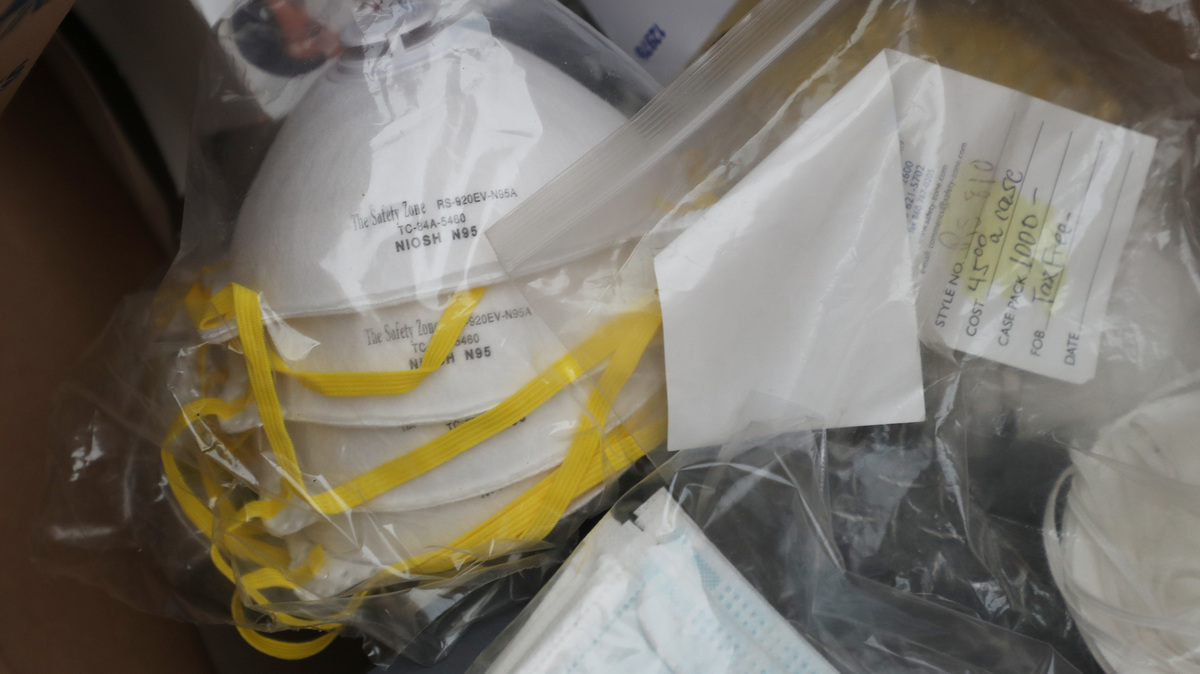 N95 masks are seen during a donation drive this week.

A planeload of health care supplies arrived in New York City on Sunday from China, part of an effort the White House says will expedite the arrival of goods that are badly needed to fight the coronavirus pandemic.

According to the Trump administration, Sunday's arrival was the first of approximately 20 flights through early April for a public-private partnership it's calling Project Airbridge. The White House says the flights "will result in these critical medical supplies reaching the United States in 2-3 days vs. the normal 20-40 days they would take to arrive if they were shipped by sea."

Sunday's shipment included 130,000 N95 masks, nearly 1.8 million other face masks and gowns, more than 10.3 million gloves and more than 70,000 thermometers, according to a White House statement. A handful of American health care distributors purchases the supplies, and the Federal Emergency Management Agency paid for the Shanghai-to-New York flight.

The statement said a "majority of these supplies will be provided by FEMA to the states of New York, New Jersey, and Connecticut with the rest going to nursing homes in the area and to other high risk areas across the country."

The tri-state area is the epicenter of the nation's growing coronavirus epidemic. Nearly 700 people have died in New York City alone, as of Sunday afternoon, according to Johns Hopkins University researchers.

"At President Trump's direction we formed an unprecedented Public-Private partnership to ensure that massive amounts of masks, gear and other [personal protective equipment] will be brought to the United States immediately to better equip our health care workers on the front lines and to better serve the American people," White House adviser Jared Kushner said in the statement.

Trump meets with supply chain distributors Sunday afternoon, according to his official schedule.

The arrival of Sunday's planeload, which was first reported by Reuters, comes as the Trump administration faces criticism over its distribution of medical gear that is in short supply across the country, and for urging states to buy supplies on their own.

"The federal government is not supposed to be out there buying vast amounts of items and then shipping," Trump said on Thursday. "You know, we're not a shipping clerk."

On Friday, Trump ordered the use of the Defense Production Act to compel General Motors to prioritize federal contracts for ventilators. That was after offering mixed messages on the law, and saying he didn't need to fully use the act's broad authority.

Also Friday, Trump claimed New York state ignored a new supply of ventilators. In response, New York Gov. Andrew Cuomo said Trump was "grossly misinformed." Cuomo said New York had only half of the ventilators it will need during the worst phase of the outbreak.

The White House's Project Airbridge underscores China's importance in manufacturing supply chains. Trump himself has often criticized China's response to the coronavirus, and controversially referred to it as the "Chinese virus." Late Friday night, however, he tweeted that he had had a "very good conversation with President Xi of China," and that the two nations "are working closely together. Much respect!"