Accessibility links
Japan 'On The Brink' But Government Resists Declaring Coronavirus State Of Emergency : Coronavirus Live Updates Japan has so far avoided the explosion of cases that China and South Korea have seen. The Japan Medical Association has called for declaring an emergency that could lead to a three-week lockdown. 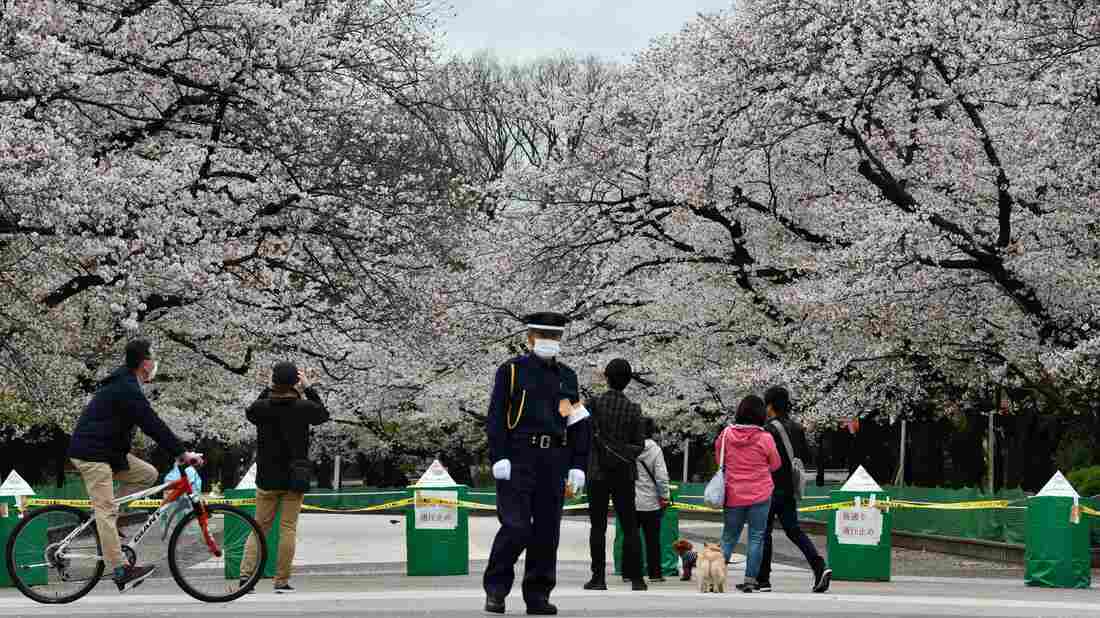 A security guard and pedestrians stand at a closed cherry blossom viewing spot in Tokyo's Ueno Park on March 28. Japan has so far avoided the explosion of cases that China and South Korea have seen. Kazuhiro Nogi/AFP via Getty Images hide caption 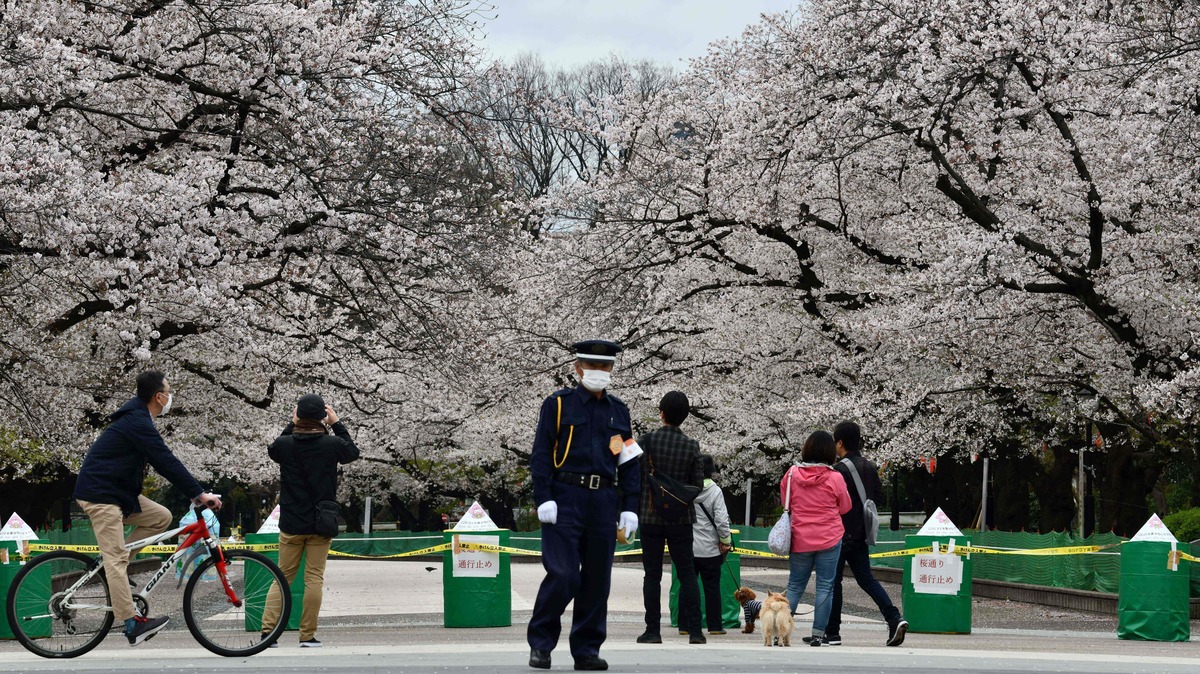 A security guard and pedestrians stand at a closed cherry blossom viewing spot in Tokyo's Ueno Park on March 28. Japan has so far avoided the explosion of cases that China and South Korea have seen.

Japan's government on Monday resisted calls to declare a national state of emergency, despite a recent spike in confirmed cases of the coronavirus in Tokyo and warnings of further exponential growth.

"It's not true that the government is planning on declaring a state of emergency from April 1," Chief Cabinet Secretary Yoshihide Suga told reporters, refuting rumors.

With fewer than 2,000 confirmed cases and 54 deaths, Japan has so far managed to avoid the explosion of numbers that China and South Korea have seen. Some medical experts argue that Japan's strategy of limiting testing to the most urgent cases and focusing on isolating clusters has been effective. Others argue that the country's conservative use of testing has concealed the scale of the problem.

At a Monday evening news briefing, Tokyo Governor Yuriko Koike reissued a plea to the capital's residents to avoid outdoor activities and refrain from visiting bars, nightclubs and karaoke parlors, where experts say the virus is being spread.

Her earlier entreaty for a sort of "soft lockdown" ahead of the weekend seemed to have some effect. Tokyo metro usage was down by 70%-80% compared to the same weekend last year, according to the East Japan Railway Co.

"At this point, we don't need to declare a state of emergency," Prime Minister Shinzo Abe said Saturday. But, referring to the spike in cases, he also acknowledged that the country is at a critical moment, saying, "We are on the brink."

Some experts want Abe to change his mind about declaring a state of emergency. "I personally feel it's time [Japan] makes the declaration," Satoshi Kamayachi, an executive board member of the Japan Medical Association, said at a news conference on Monday. He said fellow members of a panel of experts advising the government on the outbreak agreed.

A national emergency would likely trigger a three-week lockdown, during which governors of hard-hit prefectures could instruct residents to stay at home, except for essential purposes.

There were fewer than 20 new cases a day in Tokyo until March 25, when they more than doubled. That was one day after Abe agreed to the postponement of the Summer Olympics. Japan announced Monday that the games would take place next July.

Health Minister Katsunobu Kato dismissed the notion that Japan had concealed cases in order to avoid affecting the games, saying there was "absolutely no relationship."

The pandemic's immediacy was brought home for many Japanese when Ken Shimura, a household name, died on Sunday from COVID-19. Shimura's comedy and rockabilly group, the Drifters, opened for the Beatles in Japan in 1966.