Accessibility links
Hospital Ship USNS Comfort Arrives In New York To Ease Coronavirus Pressure : Coronavirus Live Updates The Comfort will use its roughly 1,000 beds to treat patients who do not have the coronavirus disease COVID-19 but who urgently need other care. 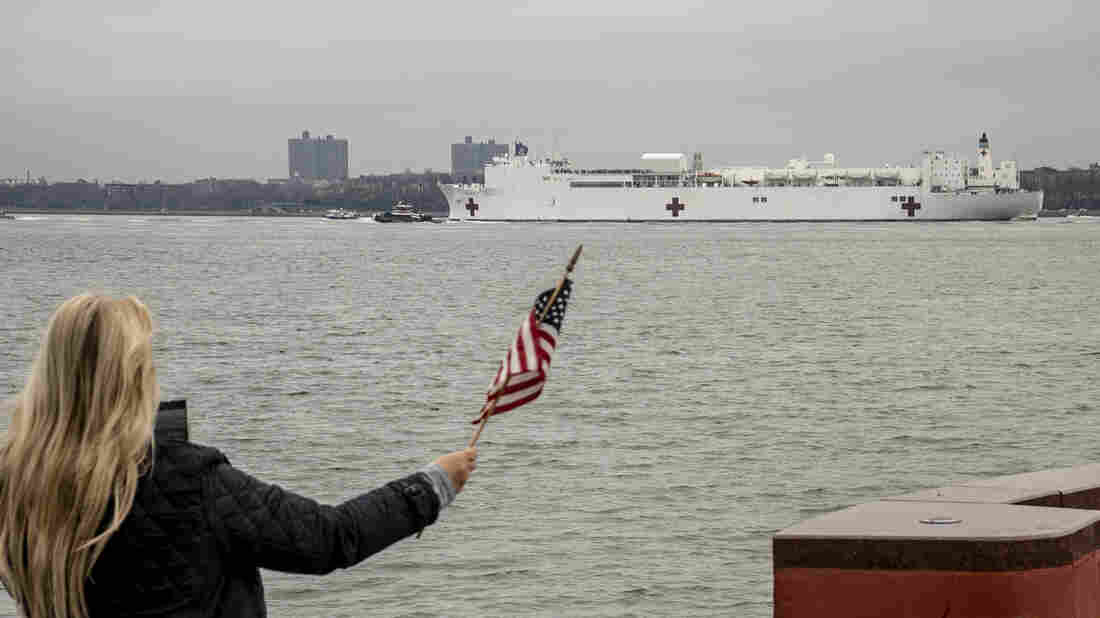 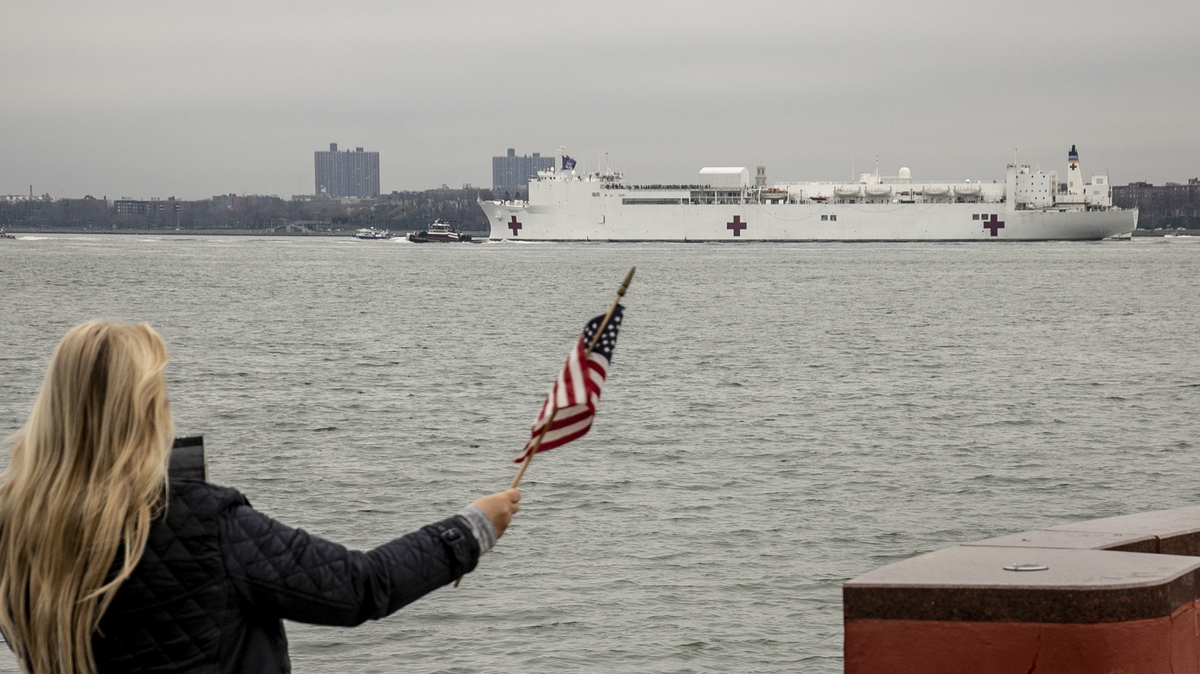 The U.S. Navy hospital ship Comfort is welcomed to New York City by Charlene Nickloan, waving a flag from the Matthew Buono war memorial in Staten Island, N.Y., on Monday.

The USNS Comfort, one of the Navy's hospital ships that has often been called on to deliver humanitarian aid, has arrived in New York City to help ease the strain of the COVID-19 pandemic. The ship entered New York Harbor on Monday morning, passing the Statue of Liberty on its way to Pier 88 in Manhattan.

The ship will be used to treat patients who do not have the disease caused by the coronavirus but who urgently need other care. Those patients could otherwise face long delays as the city's health infrastructure struggles to cope with an outbreak that has killed more than 775 people and infected more than 60,000 in New York state.

The hospital ship had previously been deployed to New York in the aftermath of the Sept. 11, 2001, terrorist attacks.

Similar to the Comfort's mission on the East Coast, the USNS Mercy arrived in Los Angeles on Friday. The ship accepted its first patients on Sunday, receiving referrals from local hospitals, the Pentagon says.

USNS Comfort has about 1,000 beds and a dozen operating rooms, enabling it to take pressure off of New York's health care system. Gov. Andrew Cuomo says it will act as a "relief valve for hospitals that are struggling now, that are over capacity all over this city."

The hospital ship's mission ranges from supporting military operations to performing humanitarian missions and aiding Americans during national emergencies such as the one currently gripping the U.S.

"The last time that this great hospital ship was here was in the wake of 9-11, where she served as respite and comfort for our first responders working around the clock," said Rear Adm. John Mustin, vice commander, U.S. Fleet Forces Command.

As the ship arrived, Mustin said, "Our message to New Yorkers – now your Navy has returned, and we are with you, committed in this fight."

The Comfort departed Naval Station Norfolk on Saturday, after a send-off attended by President Trump — who called it "a 70,000-ton message of hope and solidarity to the people of New York."