Accessibility links
'The Danish Way' Is Working: Prime Minister Hints At A Gradual Reopening For April : Coronavirus Live Updates Prime Minister Mette Frederiksen is expressing cautious optimism that her country will be able to begin a gradual reopening after Easter. "The Danish way of doing things is working," she said Monday. 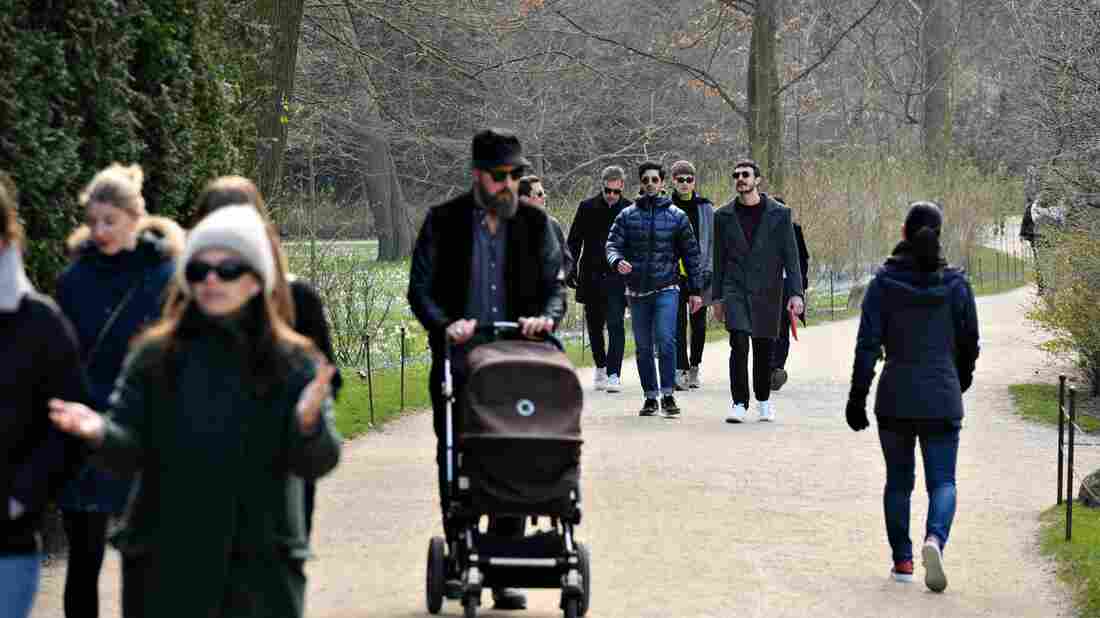 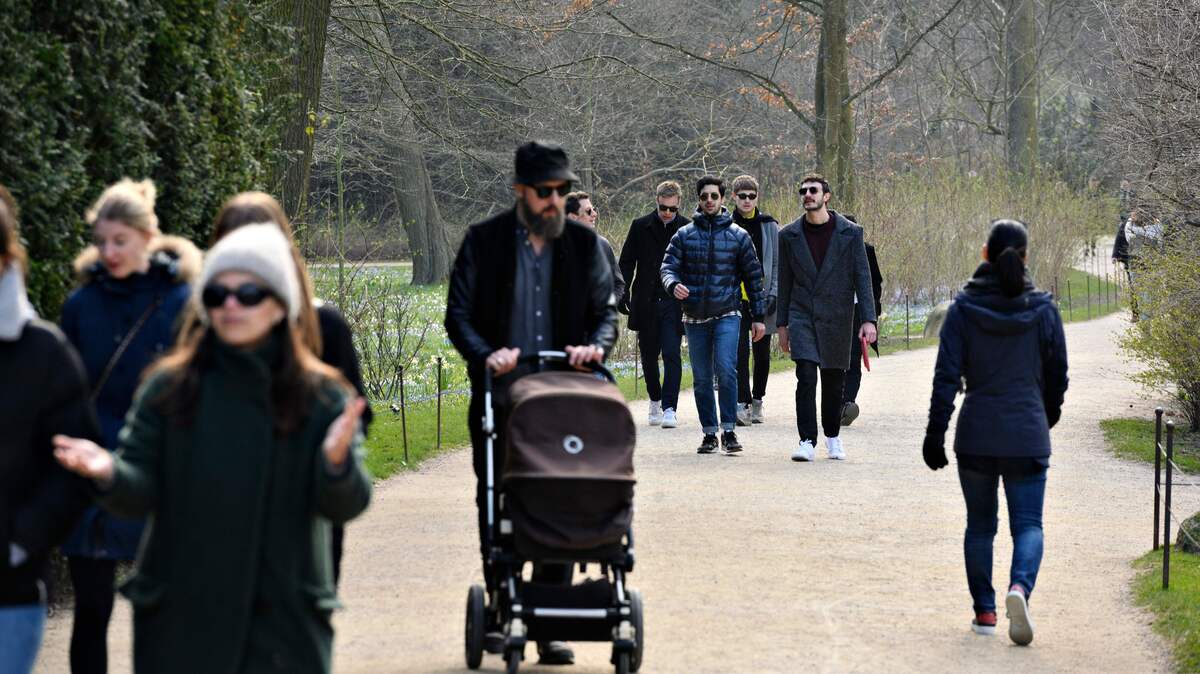 People walk in Frederiksberg Gardens in Copenhagen, Denmark, on March 28.

Denmark's prime minister, Mette Frederiksen, is expressing cautious optimism that her country will be able to begin a gradual reopening after Easter. "The Danish way of doing things is working," she said at a news conference on Monday.

Amid the coronavirus outbreak, Denmark was one of the first European countries to announce a full closure of public schools and institutions and to impose strict limits on social gatherings. It was also one of the first nations to close its borders, which it did on March 14.

As of Monday, Denmark had 2,555 confirmed cases of COVID-19 infection and 77 deaths.

While the number of patients in intensive care continues to rise, infectious disease expert Kare Molbak says "infection pressure" — the average number of people infected by each infected person — is now half of what it was in mid-March.

"The epidemic is in no way over," he says, "but we can see that it is more under control than in other parts of Europe. So ... what has Denmark done differently? Because we can see that there are lots of countries that have acted similarly ... but still have big problems. My professional opinion is that what has been effective in Denmark is that we acted early."

Frederiksen also credits the willingness of Danes to unite in following the rules.

"Our joint efforts are absolutely crucial," she said during her widely broadcast news conference.

In fact, Danes have been so good at self-isolating that doctors have experienced a drastic drop in calls. It's quiet to the point that the head of the Danish College of General Practitioners is now reminding people with ailments other than the coronavirus that they still can — and should — seek treatment.

While emphasizing the need for a "gradual" movement back to business, Frederiksen did not offer many details about how that might look. She hinted at the possibility of staggered school and work hours and a continuation of restrictions on gatherings.

She also spoke directly to Denmark's seniors, saying they would likely need to take precautions for a longer period of time.

"We are asking the weakest to be the strongest right now," she said. "And that is a tough request."

Despite the overall optimism of her message, Frederiksen admonished Danes not to take her word as a guarantee, emphasizing the need for continued restraint.

"If we can see that the numbers begin to rise drastically, if we can see that Danes begin to gather inside and outside — not to keep their distance — then we cannot open Denmark again after Easter," she warned. "In fact, we can end in the opposite situation where we have to tighten the rules even more."