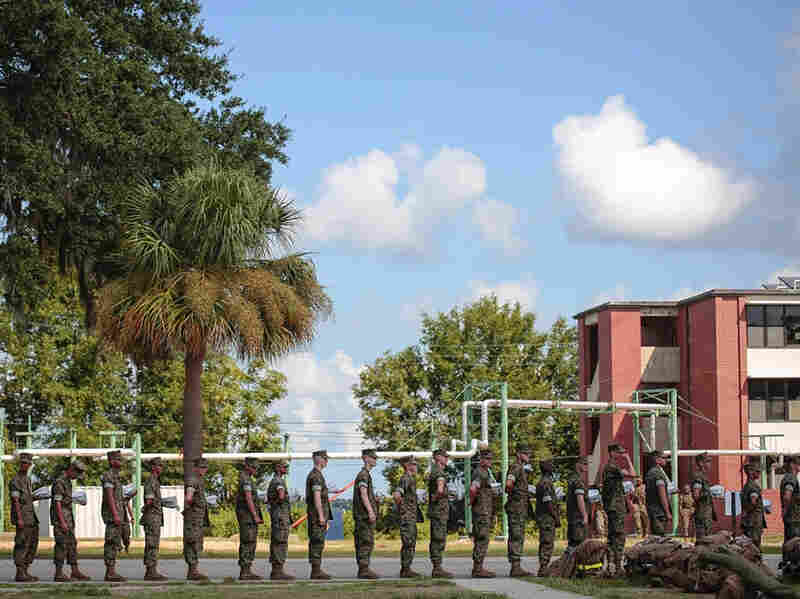 U.S. Marine Corps recruits at Parris Island shown in 2018. The Marine Corps announced Monday that it was suspending shipments of marines for basic training to Parris Island over concerns about coronavirus infections there. Sgt. Dana Beesley/AP hide caption 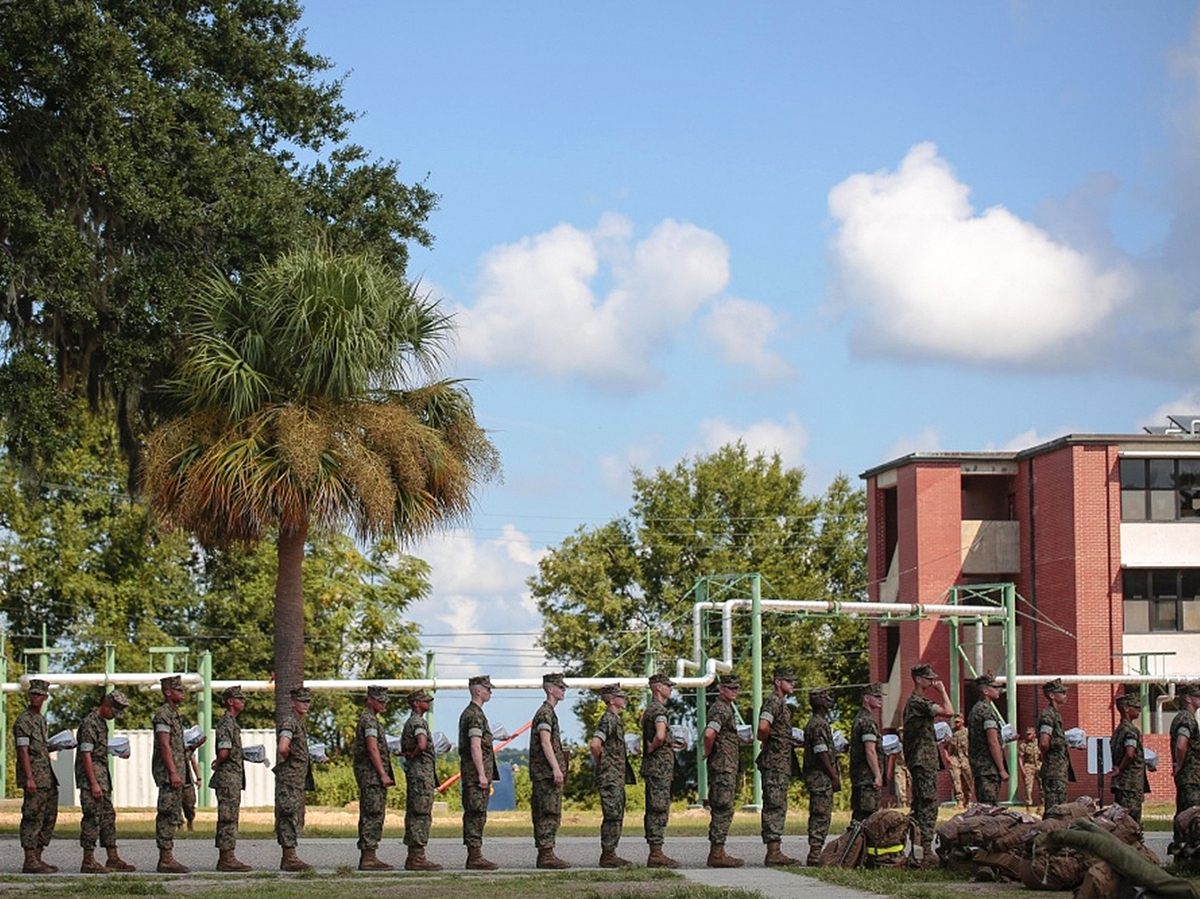 The U.S. Marine Corps says it is temporarily suspending the shipment of recruits to its 105-year-old depot at Parris Island, S.C., where all newly enlisted Marines east of the Mississippi River are sent for basic training, after several people at the facility tested positive for novel coronavirus.

"The preservation of our Marines, recruits and their families is the highest priority for Marine Corps Recruiting during this national emergency," reads a tweet from Marine Corps Commandant Gen. David Berger. "With that in mind, we've paused this week's shipping of new recruits to Parris Island and will revise our overall shipping plan to ensure we are able to meet the nation's needs while protecting its next generation of Marines."

The decision to stop sending new recruits comes four days after Acting Secretary of the Navy Thomas Modly confirmed that two recruits at the Parris Island installation had tested positive for COVID-19, as did two Marines working in areas apart from the training spaces.

Berger last week defended continuing training operations at Parris Island despite the coronavirus pandemic. "It's true - the Marine Corps is unique. We are mandated by law to be the nation's most ready force, and that's what I think you expect us to be," the commandant told reporters at the Pentagon.

"Some of that [training] is absolutely necessary — everything from where they live to martial arts training, some of that is pretty close and up personal," he added. "But we're very confident that both the leadership that supervises that training and the medical capabilities needed to respond to it are all in place."

In a message on Monday to recruit depot personnel, its commanding general, Brig. Gen. James Glynn, describes the pause in receiving new recruits as necessary for bolstering facilities there.

"We were granted this opportunity to further expand the facilities available to screen arriving recruits and personnel, as well as care for those going through quarantine and isolation," Glynn writes. "The manner in which we recruit and train has been examined, with many modifications already made, and they will continue to be made as the situation requires."

The Washington Post reported on March 16 that the U.S. Navy recommended freezing training for 30 days but was overruled by the Pentagon.

Marine recruiters have been told to limit their contacts with potential recruits to telephone and online exchanges. But they are still expected to accompany those they have recruited to their points of departure for boot camp, a practice which some recruiters now consider risky.

"I don't know what they're doing and if they've been exposed to the virus, and yet I have to drive them to the hotel for shipping," Military.com quotes one unnamed recruiter as saying. "I am being exposed to this virus on a regular basis and, in turn, I am exposing my family."

Training for those recruits already at Parris Island and the Marines' West Coast recruit depot in San Diego continues, according to the Marine Corps.

Continuing as well are hair grooming standards that require frequent contact with barbers who do not live at those installations.

"Everybody's still getting their heads shaved as long as the barbers come to work, but there will come that time that if it gets worse and worse and worse, where barbers won't come to work," Berger said on March 26. "In that case, we'll have to make a decision - do marines cut marines' hair, do we make adjustments?"