Accessibility links
Pelosi Looking At New Coronavirus Bill, Won't Be Tested Herself : Coronavirus Live Updates House Speaker Nancy Pelosi said it could be several weeks before any bipartisan legislation. She also said she would not be tested herself, despite an apparent new case among her members. 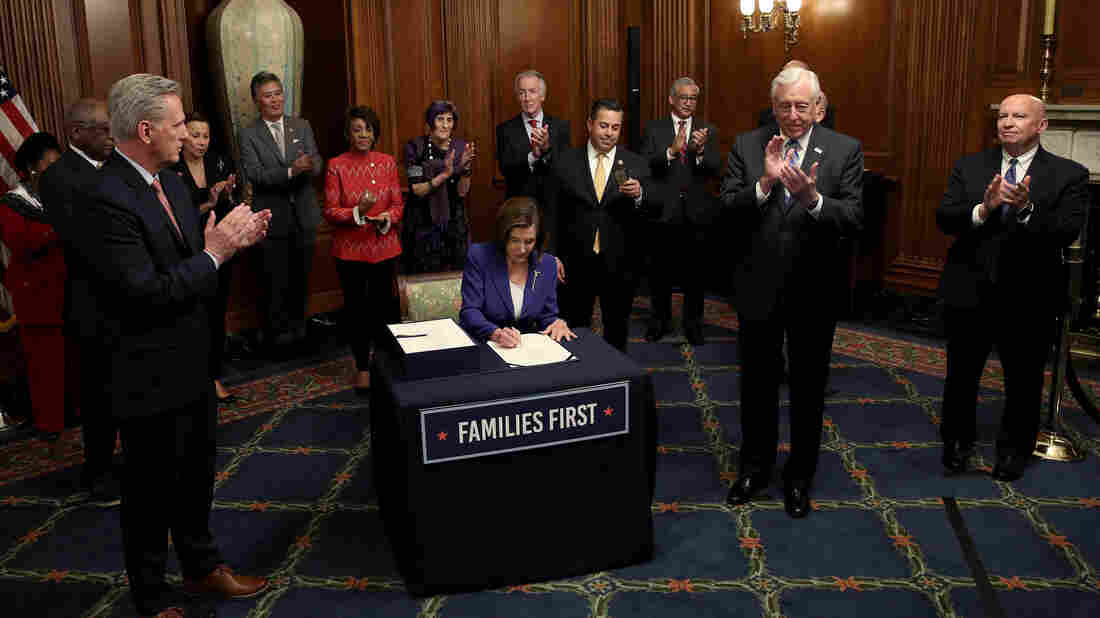 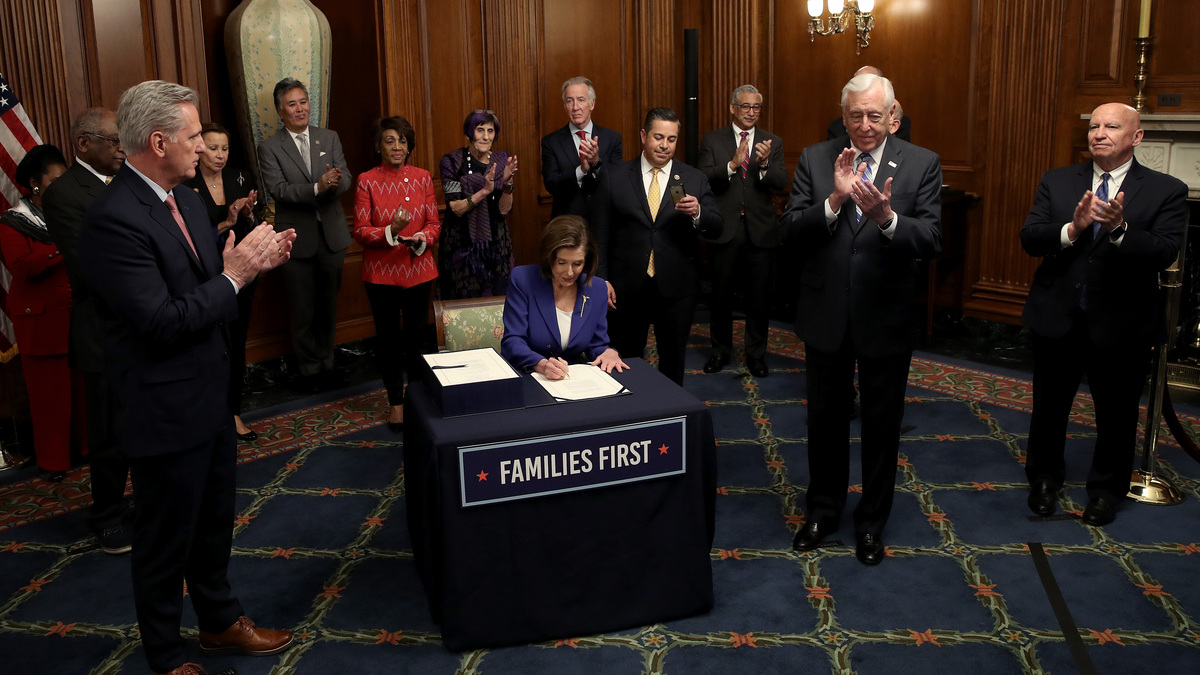 House Speaker Nancy Pelosi, surrounded by a bipartisan group of members of the House, signs the CARES Act on March 27.

House Speaker Nancy Pelosi, D-Calif., said House members are in the information-gathering stage of a fourth coronavirus response bill, but it could be several weeks before the lower chamber takes up the legislation.

Pelosi also said she would not be tested for the virus, even after a member who attended events with her on Friday is presumed to have a coronavirus infection.

Pelosi's comments about the next wave of spending come after the House on Friday approved a historic $2 trillion coronavirus response bill, which was signed into law by President Trump. Earlier this month, two smaller bills addressing testing and sick leave were passed.

"I would not suspect we would have any bipartisan legislation before we return after Easter and Passover ... but we are getting ready," Pelosi told reporters during a call on Monday.

The House also extended its recess until April 20.

"We must do more to help our helpers in this moment of national crisis," Pelosi said.

She suggested a new wave of direct payments to Americans — mirroring the $300 billion effort in the bill approved Friday — still needs bipartisan support to move forward in the next bill.

Pelosi also shot down interests in allowing remote voting, which has seen increasing support among rank and file members in recent weeks.

"Let's not waste too much time with something that is not going to happen," she said.

Members had urged the move as a coronavirus outbreak continues to impact lawmakers directly.

So far, five members have tested positive for the illness. On Monday, Rep. Nydia Velazquez, D-N.Y., said she became ill Sunday and was diagnosed as "presumed coronavirus infection." She was advised not to take a coronavirus test, she said in a statement. The House Small Business Committee chair would be considered the sixth member if she tested positive.

On Friday, Velazquez spoke on the House floor ahead of the voice vote approving the coronavirus bill. She also attended a subsequent bill enrollment ceremony with Pelosi and other members.

On Monday, a spokesman said Pelosi won't be taking a test for the coronavirus illness.

"Following the announcement by Chairwoman Velazquez, the Speaker today consulted with the Attending Physician who found her contact to be of low risk and recommended the Speaker take no particular action," the statement said.