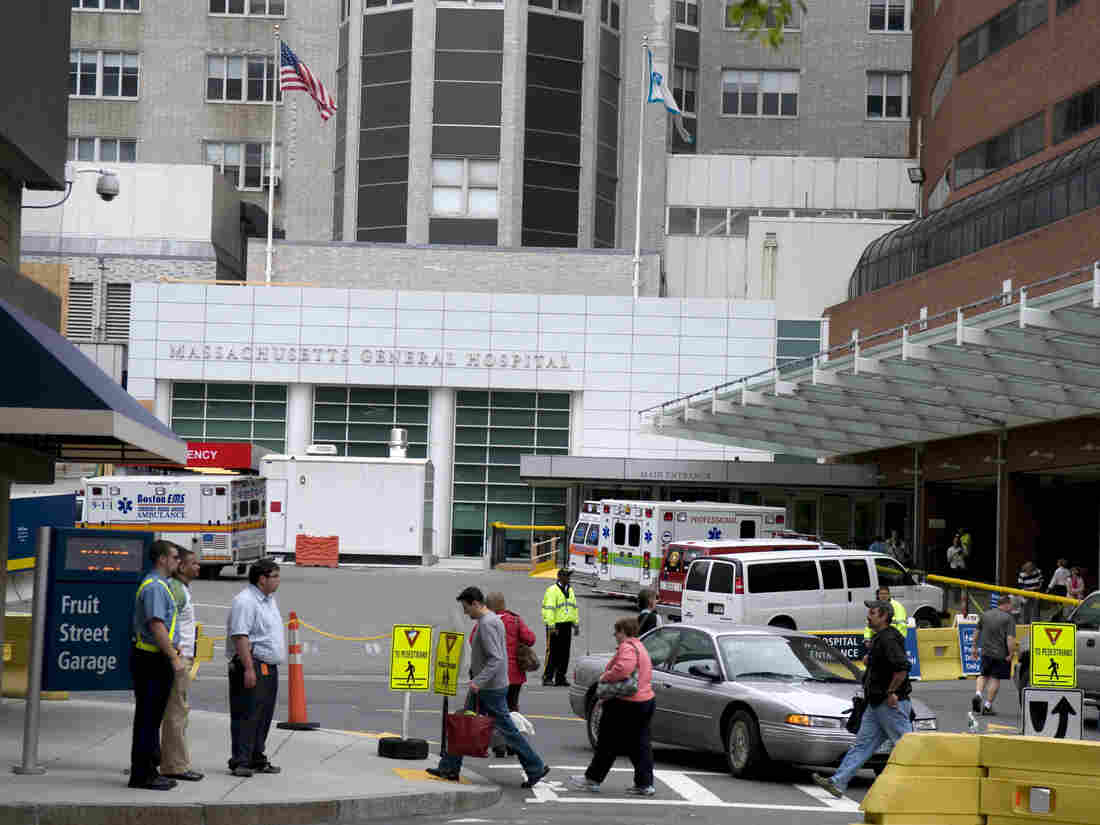 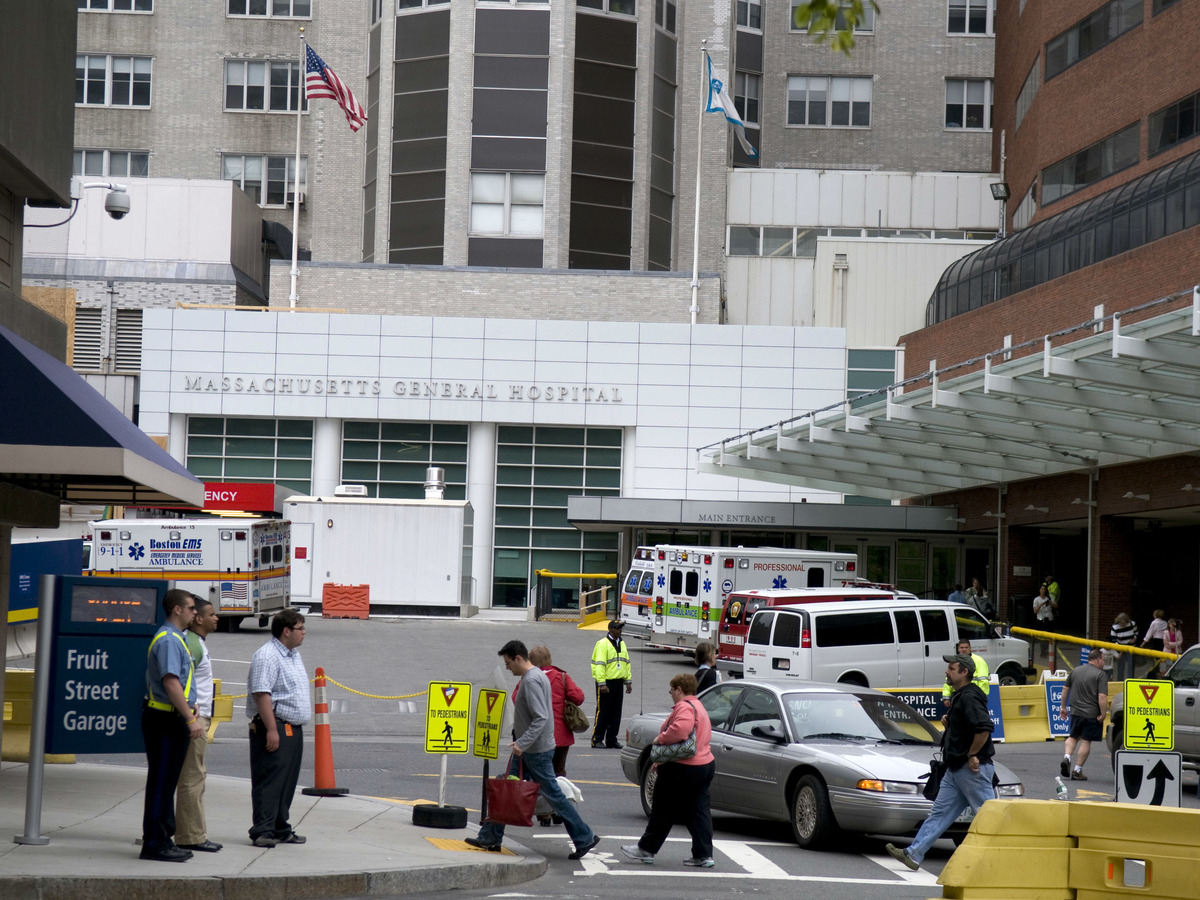 Massachusetts General Hospital, seen here, confirmed to NPR on Monday afternoon that 115 of its staff members have tested positive for COVID-19.

Four of Boston's largest and best-known hospitals said on Monday that in all, 345 of their employees have tested positive for the coronavirus, putting additional pressure on the area's already stretched medical resources.

Additionally, a WBZ reporter stated on Monday afternoon that Brigham and Women's Hospital said that it had 107 employees who were positive for COVID-19.

Just last Friday, MGH said that 41 employees had received a positive diagnosis — an increase of 180% in four days.

As of Monday, Massachusetts has reported 5,752 confirmed cases of the coronavirus; more than 2,900 of those positive cases were for people in Middlesex, Essex and Suffolk counties — an area that includes Boston and many of its close suburbs, as well as smaller cities and towns. In all, more than 43,000 people have been tested in the state so far. There have been 56 deaths.

While those numbers are not at the level of hot spots such as New York City and its metropolitan area, as well as New Jersey or California, officials anticipate a ramp up in positive cases in Massachusetts over the next few weeks.

At a press conference on Monday, Gov. Charlie Baker said that the state expects to see a surge in positive cases sometime between April 7 and April 17 — and that he anticipates a great deal of need in the health care sector, including for medical supplies, beds and ventilators.

At a Monday afternoon news conference, Boston Mayor Marty Walsh said that nearly half of the people currently diagnosed with the illness are younger than 39, according to television station WHDH.