Accessibility links
Central Park And Tennis Center Are Becoming Hospitals, Due To Coronavirus Crisis : Coronavirus Live Updates The East Meadow in Central Park and a training facility at the Billie Jean King Tennis Center in Queens are scheduled to become makeshift hospitals while regular facilities are strained by COVID-19. 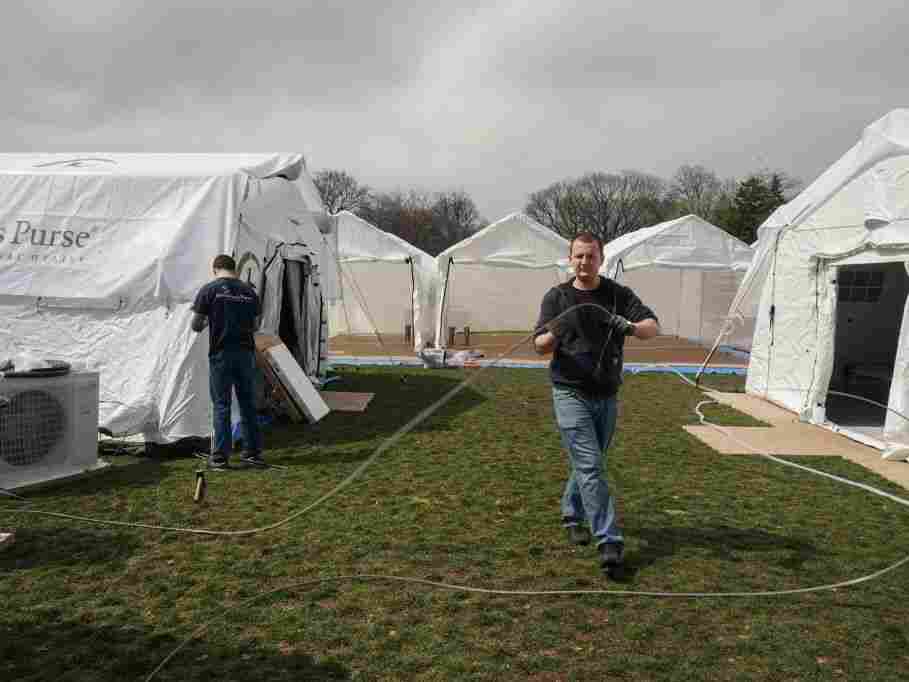 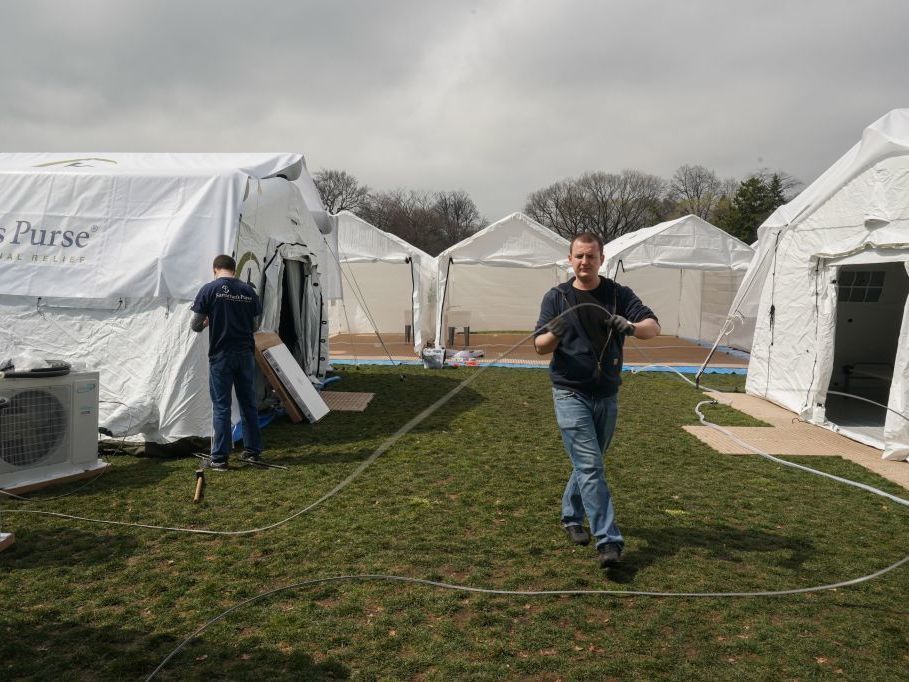 Volunteers from the relief organization Samaritan's Purse set up an emergency field hospital in New York's Central Park on Monday.

As New York City's hospitals begin to buckle under the weight of the coronavirus crisis, two public spaces that are popular recreation spots in better times are being turned into field hospitals.

One such facility has been set up in Central Park, in the East Meadow. It's a grassy space normally populated by sunbathers, but as of Tuesday it will be a 68-bed respiratory care unit opened in partnership between the relief organization Samaritan's Purse and Mount Sinai Health System.

Another is about to be built at the home of the U.S. Open Grand Slam tennis tournament. The Wall Street Journal reported Monday that the city will build a 350-bed space in Queens, at the Billie Jean King National Tennis Center located in Flushing Meadows-Corona Park, which is also the largest public tennis facility in the world.

Additionally, the tennis center's Louis Armstrong Stadium will become a commissary that will package 25,000 meals per day for medical professionals and others. Construction may begin as early as Tuesday.

On Monday morning, the city welcomed the arrival of the USNS Comfort, a Navy hospital ship. The ship, which has about 1,000 beds and a dozen operating rooms, will treat patients who need urgent medical care, but who do not have COVID-19.

The New York City metropolitan area is already being hit hard by the virus. As of Monday afternoon, the city counted 38,087 positive cases and 914 deaths. New Jersey had 16,636 positive cases and 198 deaths, particularly clustered around the cities, towns and suburbs closest to New York.

Last Friday, New York Gov. Andrew Cuomo announced that the state had completed the construction of a 1,000-bed temporary hospital at the Jacob K. Javits Convention Center, on the far west side of Manhattan.