Accessibility links
Economy On Lockdown: Jobless Rate Could Be Highest Since WWII : Coronavirus Live Updates As efforts to slow the coronavirus pandemic temporarily put millions of Americans out of work, forecasters are predicting a record slowdown in the U.S. economy. 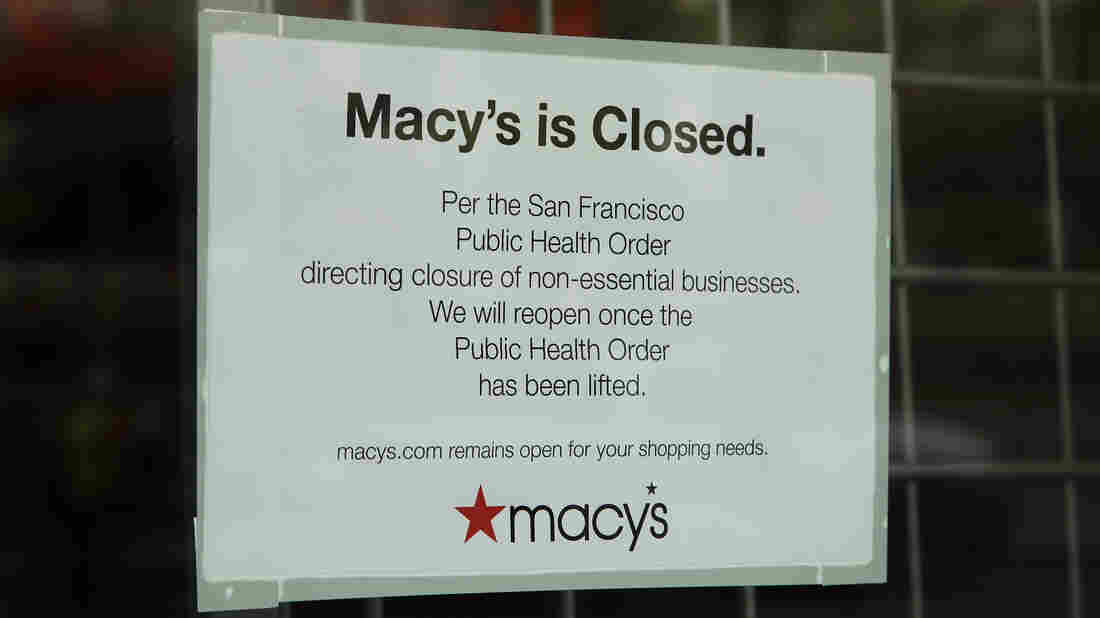 As efforts to slow the coronavirus pandemic temporarily put millions of Americans out of work, forecasters are predicting a record slowdown in the U.S. economy. Ben Margot/AP hide caption 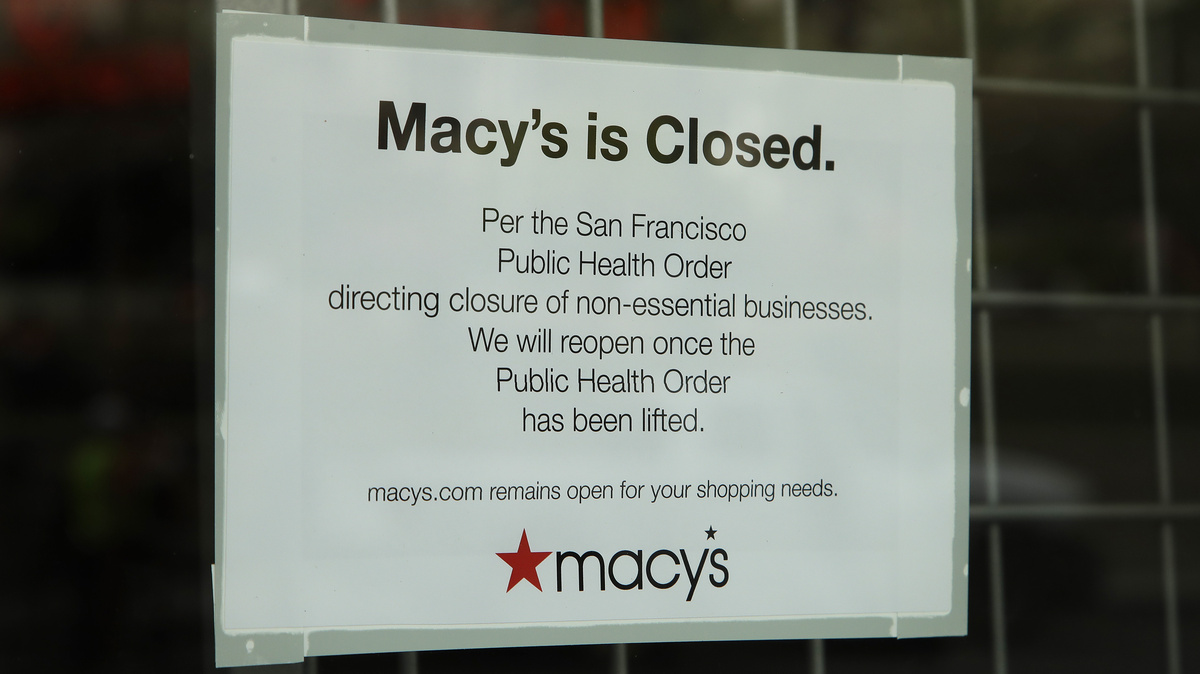 As efforts to slow the coronavirus pandemic temporarily put millions of Americans out of work, forecasters are predicting a record slowdown in the U.S. economy.

With millions of American workers suddenly idled in an effort to slow the spread of the coronavirus, the United States appears poised to go from the lowest unemployment rate in half a century to the highest since World War II.

Forecasters at Oxford Economics project some 20 million people will lose their jobs in the coming weeks, as the unemployment rate climbs to 12%. Goldman Sachs is even gloomier, predicting a jobless rate of 15% — although forecasters say the headline number could be lower, if stay-at-home orders prevent people from being part of the labor force and looking for work.

Goldman now expects an even sharper contraction in the U.S. economy than it was predicting a couple of weeks ago, with GDP shrinking at an annual rate of 9% in the quarter that just ended, and a jaw-dropping 34% in the next three months. That would be by far the steepest drop in economic activity on record.

Many of the job losses are likely to be concentrated in retail, restaurants and hospitality. Hotels, stores and other gathering places have been shuttered as Americans are urged to "hunker down" at home.

This week, big retailers including Macy's, Gap and Kohl's furloughed tens of thousands of workers.

The layoffs mark an abrupt reversal for what had been an uncommonly robust job market, with unemployment of just 3.5% in February.

The decline will begin to show up on Friday when the Labor Department releases March employment numbers. But because that report is based on surveys conducted three weeks ago — before the bulk of the coronavirus crackdown — it will merely hint at what's to come. Forecasters expect the report to show a modest decline of about 100,000 jobs.

The week after that March survey, a record 3.28 million people applied for unemployment. Goldman Sachs says the following week may have been even worse, with as many as 5.5 million newly jobless people filing claims.

If, as some of these ominous forecasts project, unemployment climbs to 12% or 15%, that would be the highest on record since World War II. The previous peak was in 1982, when it reached 10.8%. Unemployment during the Great Depression approached 25%.

In addition to the hit to services, Goldman expects a steep drop in manufacturing during the second quarter, driven in part by the shutdown of auto plants. Food and beverage manufacturers, however, are enjoying increased demand, as are manufacturers of medical equipment.

With millions of people out of work, and others anxious about their employment, Goldman also expects to see a dent in consumer spending in the coming months. But the investment bank predicts the economy will start to rebound by mid-summer, with GDP growing at an annual rate of 19% in the third quarter.

In China, where the coronavirus first appeared, the economy has begun to recover, although activity has not returned to pre-pandemic levels.