Accessibility links
Turkmenistan Has Banned Use Of The Word 'Coronavirus' : Coronavirus Live Updates Reporters Without Borders says the government has forbidden state-controlled media from using the word and ordered its removal from health brochures distributed at hospitals, schools and workplaces.

Turkmenistan Has Banned Use Of The Word 'Coronavirus'

Turkmenistan Has Banned Use Of The Word 'Coronavirus' 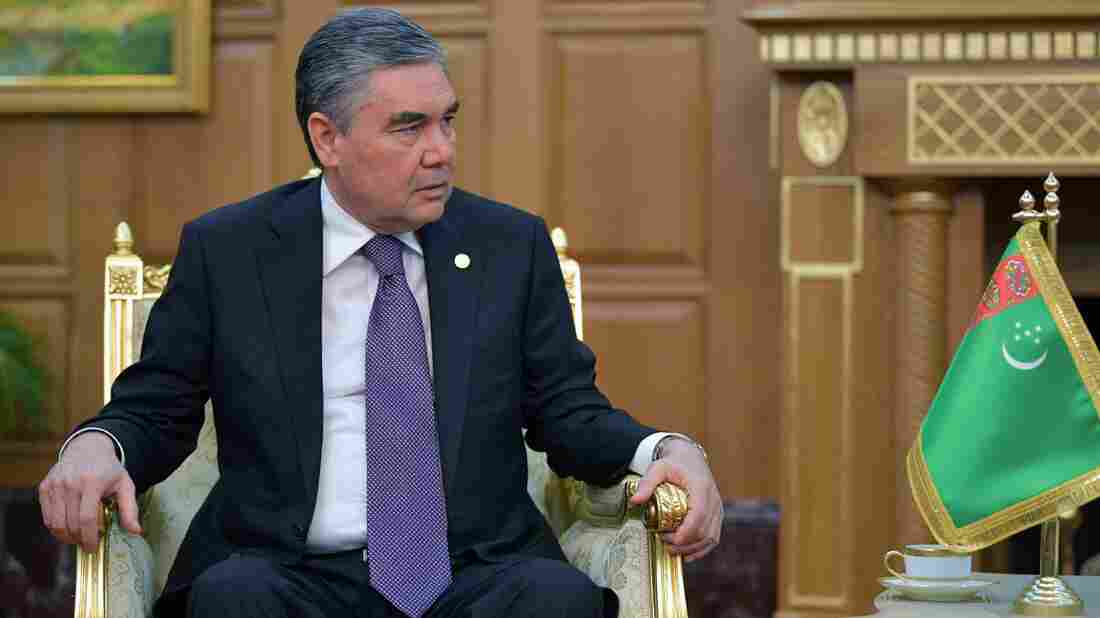 Turkmenistan's President Gurbanguly Berdymukhamedov, seen here in Ashgabat in October 2019, earlier offered remedies to combat the virus from a book on medicinal plants that he authored. Alexei Druzhinin/AP hide caption 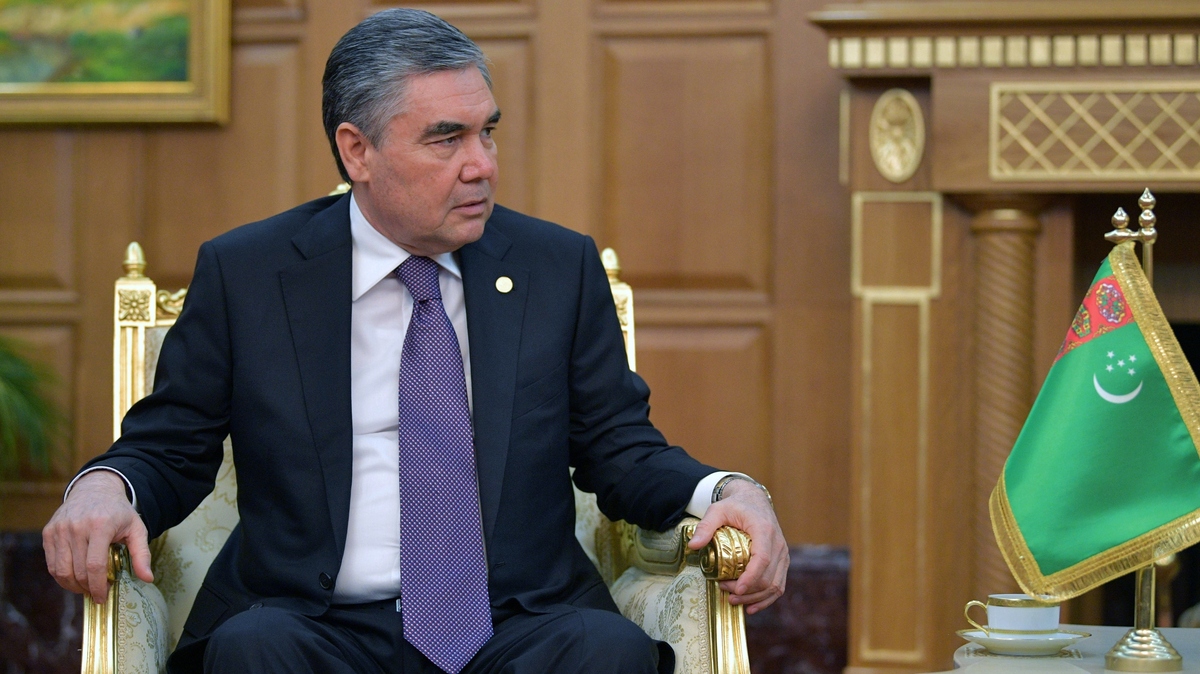 Turkmenistan's President Gurbanguly Berdymukhamedov, seen here in Ashgabat in October 2019, earlier offered remedies to combat the virus from a book on medicinal plants that he authored.

The Central Asian country of Turkmenistan claims it has no coronavirus cases. But if you happen to utter the word "coronavirus" while waiting, say, for the bus in the white-marbled capital Ashgabat, there's a good chance you'll be arrested.

That's because the Turkmen government, run since 2006 by the flamboyant dentist-rapper strongman Gurbanguly Berdymukhamedov, has reportedly banned the word, according to Paris-based Reporters Without Borders (RSF).

Citing reports from Chronicles of Turkmenistan, which RSF describes as a rare independent media outlet in this notoriously secretive and restrictive country, the press freedom organization says Berdymukhamedov's government has forbidden state-controlled media from writing or uttering the word and has ordered its removal from health brochures distributed at hospitals, schools and workplaces.

"This denial of information not only endangers the Turkmen citizens most at risk, but also reinforces the authoritarianism imposed by President Gurbanguly Berdymukhamedov," Jeanne Cavelier, the head of Reporters Without Borders' Eastern Europe and Central Asia desk, said in a statement. "We urge the international community to react and to take him to task for his systematic human rights violations."

Turkmenistan's neighbor to the south, Iran, is one of the countries worst hit by the coronavirus. Other neighboring countries in Central Asia have hundreds of confirmed cases.

Turkmenistan is ranked last in RSF's World Press Freedom Index. It's a place where speaking out is punished and where the government frequently shuts down the country for no reason, says Alexander A. Cooley, director of the Harriman Institute at Columbia University and an expert on Central Asian politics.

"Banning the term 'coronavirus' might seem to us obscene and extreme," Cooley says. "But in reality, when the state controls all of the media and all of the digital nodes coming in and out, it's not that outrageous. My sense is that they'll try and keep [the pandemic] under wraps as long as they can."

Cooley says the government likely anticipates a big post-pandemic economic collapse in a country highly reliant on the sale of natural gas to China.

"That probably spurred the government on to this new kind of more denialist type of posture," he says.

Berdymukhamedov doesn't want to look weak, he says, because he "portrays himself very much as a superman of all trades, the one in charge, the one to be revered and listened to."

Before banning talk of the pandemic, Berdymukhamedov had reportedly offered remedies to battle the virus from a book he authored on medicinal plants.