Accessibility links
Italy Observes Moment Of Silence For COVID-19 Victims, As Case Numbers Plateau : Coronavirus Live Updates As the country moves into its fourth week of lockdown, the head of Italy's national institute of health announced that the country "has reached a plateau" in its infection rate. 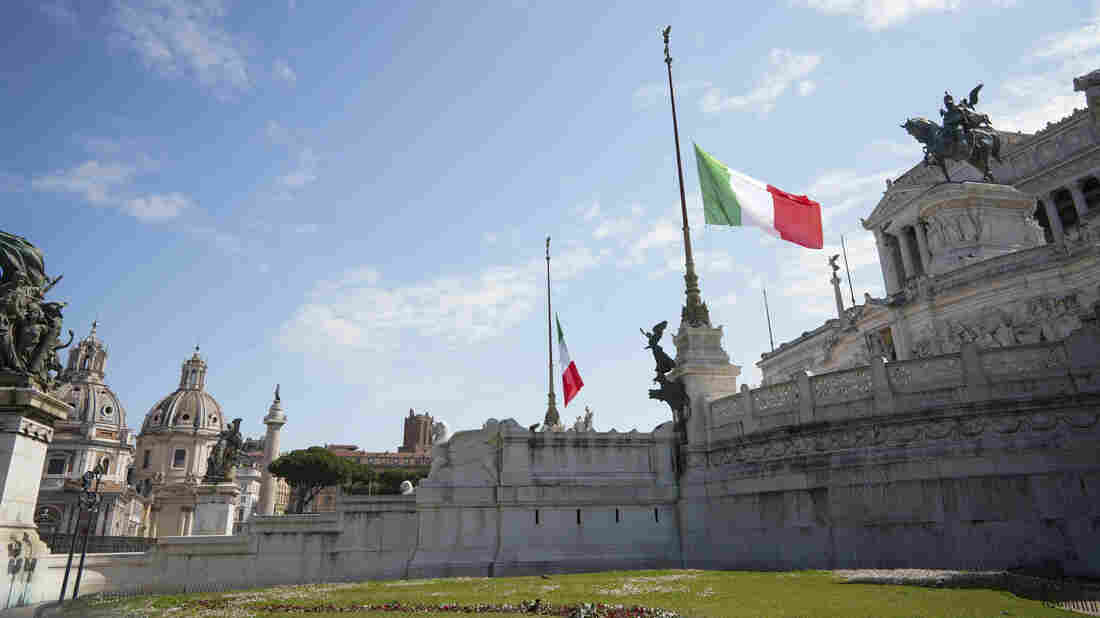 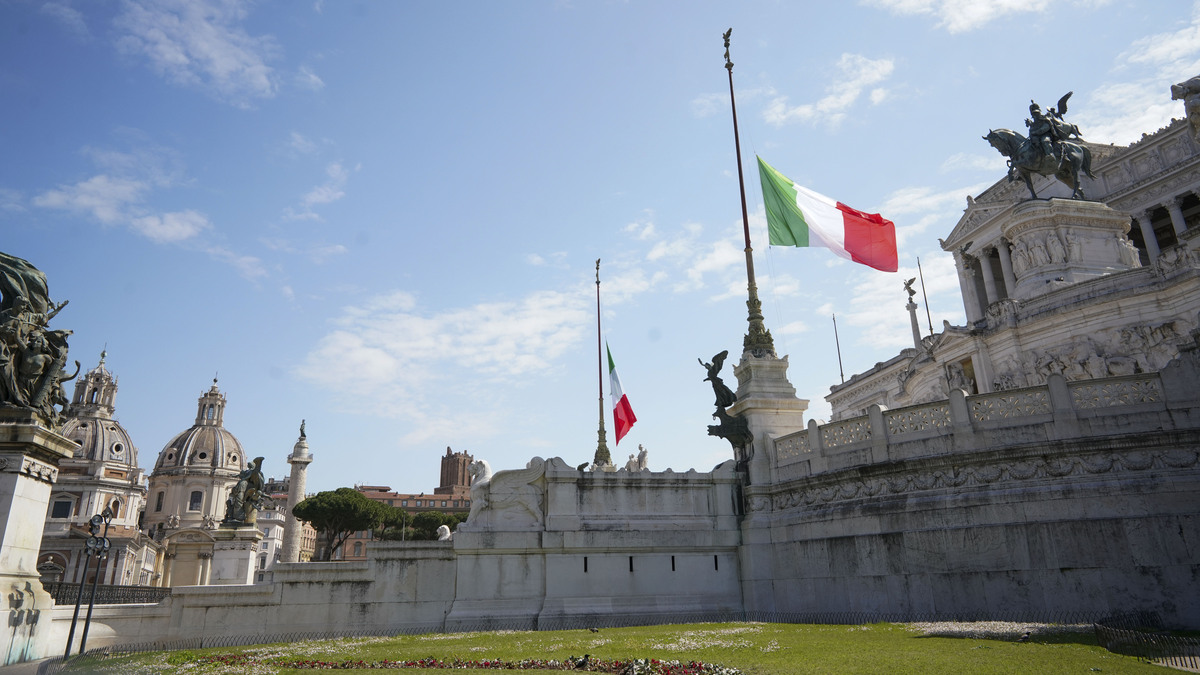 During a minute of silence commemorating COVID-19 victims, flags fly at half-staff Tuesday at Rome's monument to the unknown soldier.

Cities across Italy, the country hardest hit in coronavirus deaths, marked a minute of silence on Tuesday at noon to honor the many victims since the outbreak emerged about six weeks ago.

The death toll as of Tuesday had reached 12,428, and the total number of cases stands at almost 106,000. Italy's victims account for more than a third of the pandemic's global fatalities.

At government buildings across the country, flags were lowered to half-staff, and Italians marked a minute of silence to honor the victims, most of whom were residents of the northern Lombardy province, Italy's financial and business heartland. The Lombardy city of Bergamo is Italy's hardest-hit urban area.

The moment-of-silence initiative was promoted by a group of mayors to show solidarity with residents in the crisis' epicenter.

As the country moves into its fourth week of lockdown, the head of Italy's national institute of health, Silvio Brusaferro, announced that the country "has reached a plateau" in its infection rate. The past 24 hours saw 4,053 new infections, just three more than the previous day.

Brusaferro said there should soon be a decline in new cases "if we continue to place maximum attention on what we do every day." He added that it would be folly to relax current restrictions on business and movement.