Accessibility links
Dolly Parton Will Read Bedtime Stories To Kids Online Every Week : Coronavirus Updates "Dolly hopes this series of stories will provide comfort and reassurance to coping kids and families during the shelter-in-place mandates," the Imagination Library said. 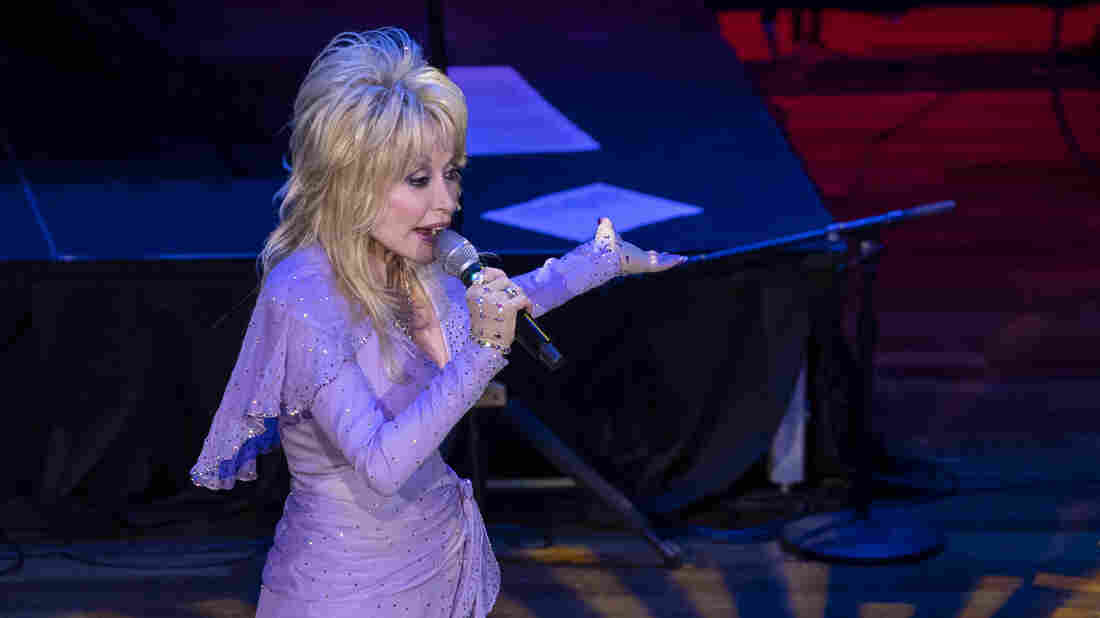 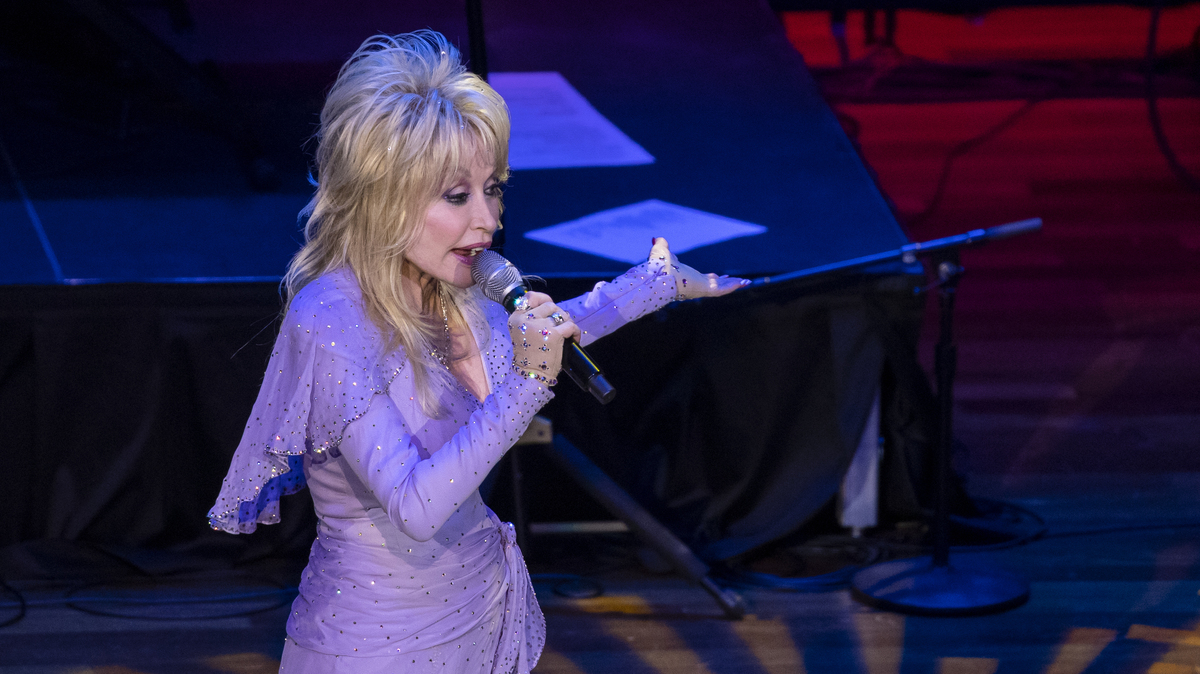 Dolly Parton will read children's books on a video stream once a week, drawing titles from her Imagination Library. She's seen here performing in Nashville, Tenn., in January.

Musician and philanthropist Dolly Parton is launching a weekly series in which she reads a children's book to an online audience at bedtime, drawing books from her popular Imagination Library project. The goal, the nonprofit says, is to give kids and families "a welcome distraction during a time of unrest and also inspire a love of reading and books."

The "Goodnight With Dolly" readings will be streamed on YouTube, through Parton's Dollywood and elsewhere starting on Thursday at 7 p.m. ET. The first book in the series is The Little Engine That Could, by Watty Piper.

The bedtime stories promise to provide another online resource for parents and kids alike. The COVID-19 pandemic has ended the school year early for thousands of children; it has also disrupted normal routines in the U.S. and around the world.

"Dolly hopes this series of stories will provide comfort and reassurance to coping kids and families during the shelter-in-place mandates," the Imagination Library said.

The Little Engine That Could is the "welcome book" kids receive when they register in the monthly book program in the United States and Canada. The Imagination Library also operates in Australia, Ireland and the U.K.

The other books in the 10-week series are:

Her music made Parton famous, but to many young people, she's known simply as "the Book Lady." Her Imagination Library has delivered more than 130 million free books to children, earning special recognition from the Library of Congress. Parton started the program in Tennessee in 1995, and took it to the national level in 2000.

"The program is available in communities where a local partner has teamed up with the Imagination Library," as NPR's Maureen Pao has reported. "Those partners could be nonprofits, state agencies or a public library system, for instance. Any child from birth to 5 — before they head off to kindergarten — is eligible. Local partners pay about $25 per child per year, an amount that covers the cost of the book and shipping."

A documentary film about Parton's book program is slated to come out in September.