Accessibility links
COVID-19 Vaccine Development Gets Boost From HHS : Coronavirus Live Updates The Department of Health and Human Services outlines support for Moderna and Johnson & Johnson, as the companies work to develop coronavirus vaccines. Beefing up manufacturing capacity is a priority. 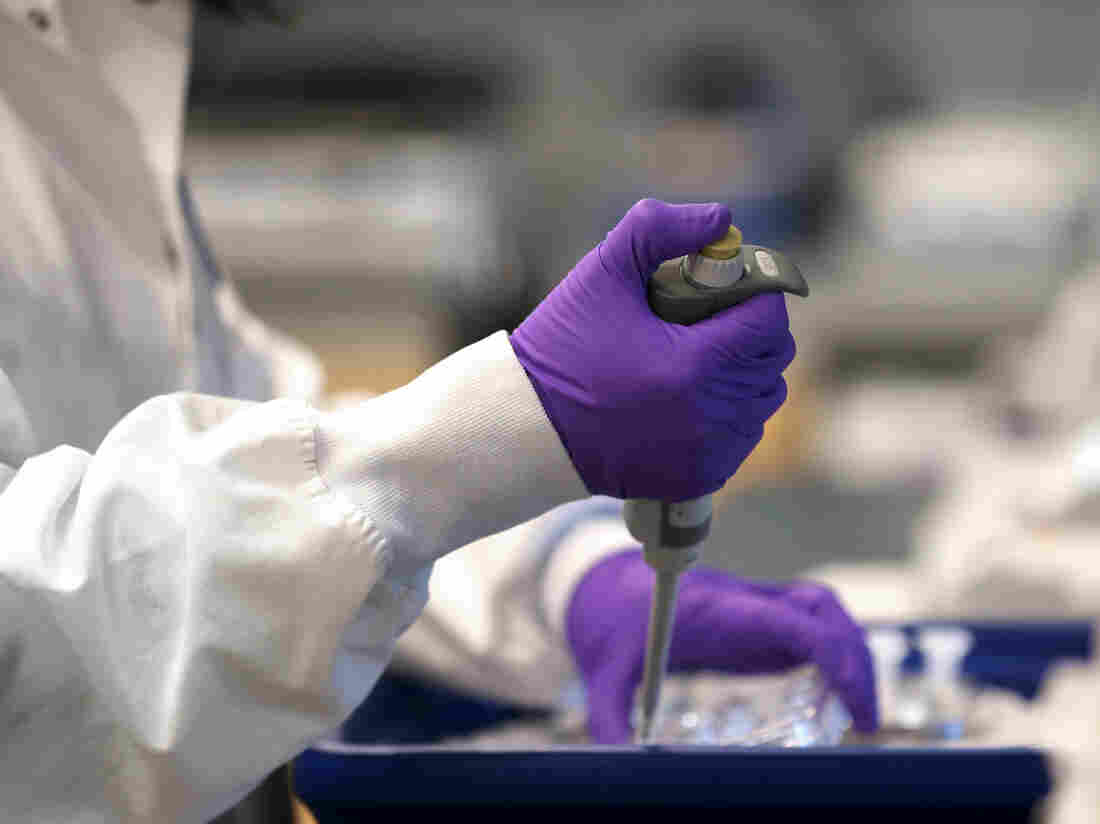 A scientist works in a lab at Moderna in Cambridge, Mass., in February. Moderna has developed an experimental coronavirus medicine, but an approved treatment could be more than a year away. David L. Ryan/Boston Globe via Getty Images hide caption 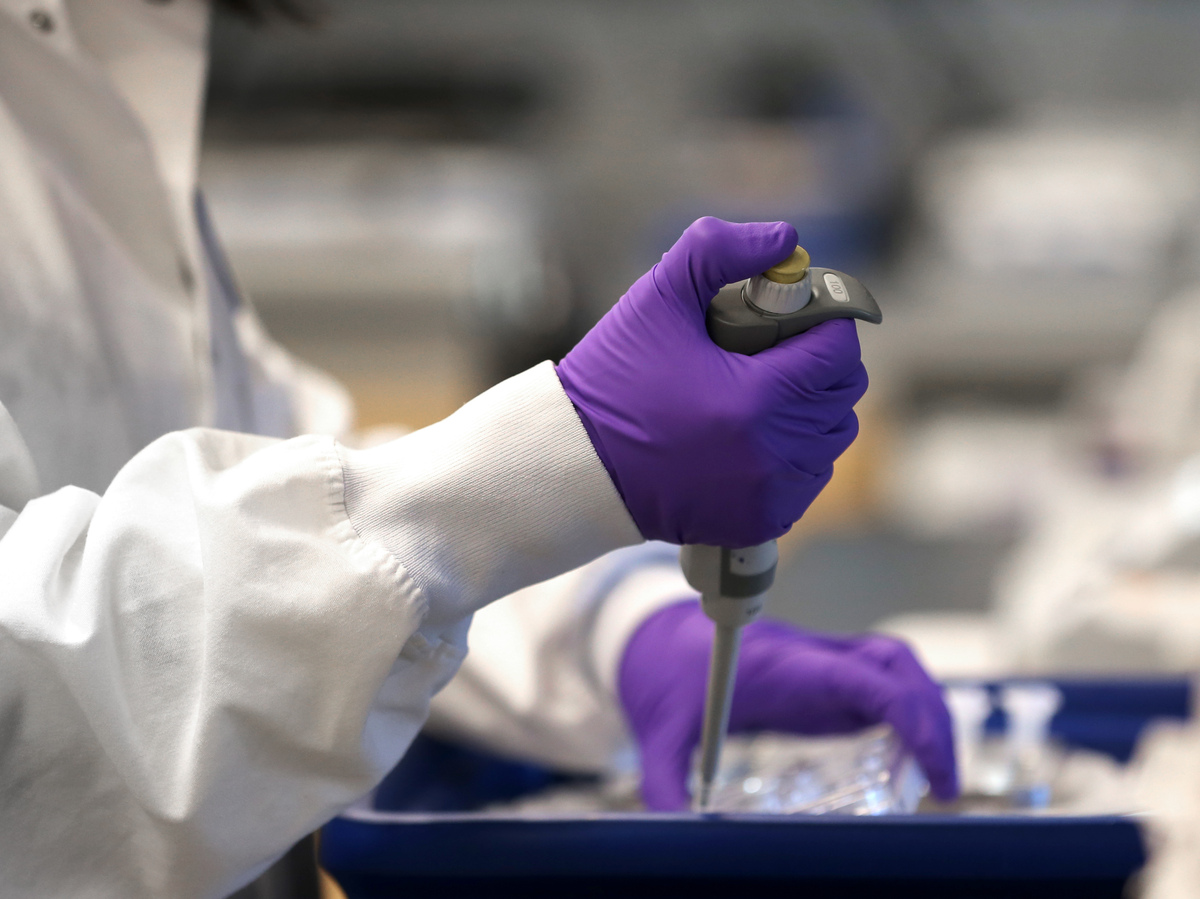 A scientist works in a lab at Moderna in Cambridge, Mass., in February. Moderna has developed an experimental coronavirus medicine, but an approved treatment could be more than a year away.

The Department of Health and Human Services outlined how it will support Moderna and Johnson & Johnson as they develop vaccines against the novel coronavirus that's sickened more than 800,000 people worldwide as of Tuesday afternoon.

HHS's Biomedical Advanced Research and Development Authority, BARDA, said Monday that it will help speed up clinical trials for both companies' experimental vaccines, and support Janssen Pharmaceuticals, a unit of Johnson & Johnson, in making up to 300 million doses annually in the U.S.

"Vaccines are essential to saving lives," BARDA director Rick Bright said in a statement. "Delivering a safe and effective vaccine for a rapidly spreading disease like COVID-19 requires accelerated action with parallel development streams. The rapid progress we are making with industry partners clearly demonstrates a commitment to protecting people at home and abroad."

The Janssen vaccine clinical trials are expected to begin "no later than" this fall, according to the HHS announcement, which also said the goal is to get a COVID-19 vaccine ready for emergency use in the U.S. in early 2021.

Meanwhile, the company will begin preparation for large-scale vaccine production Wednesday, Janssen spokeswoman Katie Buckley wrote in an email. The company would be able to make 600 million vaccine doses by the end of 2020, with 300 million manufactured in the U.S., she wrote. "We are however investing in new production facilities to increase that number."

If Janssen's vaccine is proven safe and effective, the company will also make it available "in China and other parts of the world," said a statement by Paul Stoffels, chief scientific officer at Johnson & Johnson.

Moderna's early vaccine trials are already underway with help from the National Institutes of Health. BARDA will support phase 2 and 3 clinical trials, which typically involve hundreds or thousands of patients.

"Given the pandemic, Moderna has already started to prepare for the rapid acceleration of its manufacturing capabilities that could allow for the future manufacture of millions of doses should mRNA-1273 prove to be safe and of expected benefit," the company said in a statement. "Moderna is engaged in discussions for outside funding, including with BARDA, of such activities and will continue to work with government, industry and other third parties to responsibly and rapidly move forward."

HHS declined to share specific dollar figures with NPR, but Johnson & Johnson said that the company and BARDA would together contribute $1 billion toward its COVID-19 vaccine efforts.

A Moderna spokesperson didn't respond in time for publication to a question about how much money BARDA was committing toward the company's vaccine development.