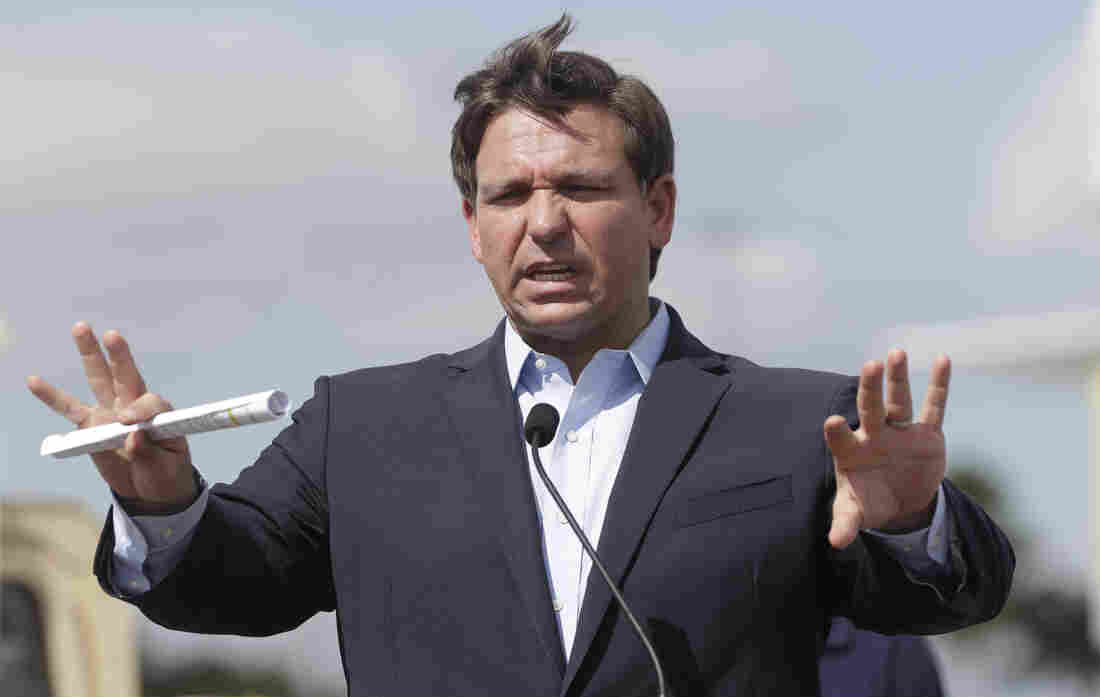 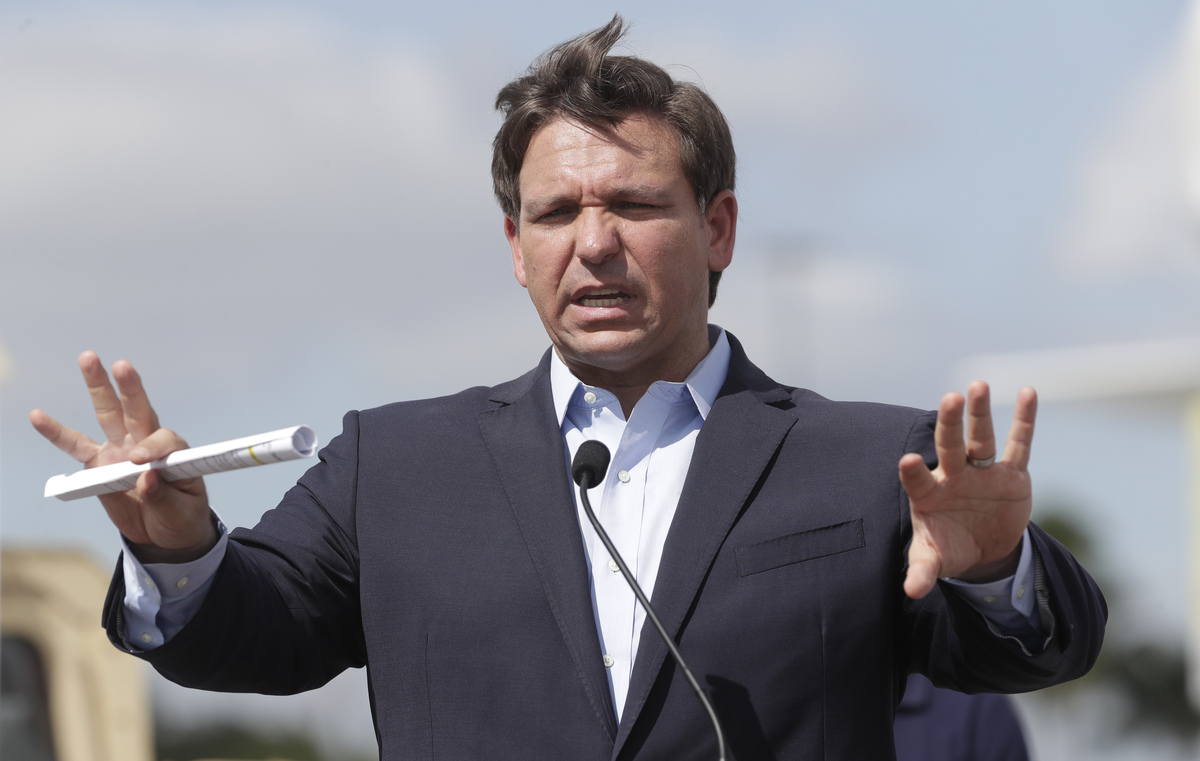 Florida Gov. Ron DeSantis speaks during a news conference at a drive-through coronavirus testing site in front of Hard Rock Stadium on Monday.

Vice President Mike Pence added to the DeSantis accolades, saying the Republican governor has "been taking decisive steps from early on."

But according to public health experts, thousands of heath care workers and a pending lawsuit, DeSantis' leadership has been woefully inadequate.

Florida is in the grip of an intensifying coronavirus outbreak, with state health officials on Tuesday reporting 600 more confirmed cases, bringing the Sunshine State's total infections to more than 6,700. Officials say 85 Floridians have died of COVID-19.

Florida is one of the few states with a large number of infections that still have not ordered residents statewide to remain indoors. DeSantis has issued a "safer at home" order covering four South Florida counties that is in effect until April 15.

But that measure falls well short of the White House task force's own guidance that is now urging all Americans to avoid contact, nonessential businesses to shut down and travel be greatly restricted for the next 30 days at least.

The first coronavirus cases were detected in Florida on March 1, yet public health experts say DeSantis' actions were anything but "decisive steps" taken "early on."

As thousands of spring breakers flocked to Florida, DeSantis generated criticism for refusing to close beaches around the state. Governors in other parts of the country were locking down cities and counties, but DeSantis adopted a hands-off approach for weeks.

The tactic has left front-line medical workers unsettled. Nearly 2,000 Florida healthcare professionals signed an open letter to DeSantis pleading with him to take more aggressive actions to hinder the spread of the virus, including enacting a statewide shelter-in-place order.

José Szapocznik, an epidemiologist at the University of Miami Miller School of Medicine, had this to say to the Tampa Bay Times of Florida's response to the pandemic: "Quite honestly, if we don't do anything, we'll be like New York," referring to the United States' epicenter of the global coronavirus outbreak.

A lawsuit filed by a Santa Rosa Beach lawyer argues DeSantis is constitutionally required to protect state residents from the virus and is asking for a state lockdown, including the closure of all beaches.

Despite mounting pressure to embrace more stringent measures, DeSantis indicated at a Tuesday press conference that he plans on staying the course.

"I think no matter what you do, you're going to have a class of folks who just do whatever the hell they want to," said DeSantis, noting that Floridians should be "responsible," avoid crowds and stay indoors, but he would not be mandating those practices with a statewide order.

"People should just chill out and stay around the house as much as they can," DeSantis said. "In terms of being social right now, this is just not the time to have big social gatherings."

DeSantis said if the White House task force specifically asked him to adopt greater containment policies, he would consider it, but he noted that federal officials have not done so.