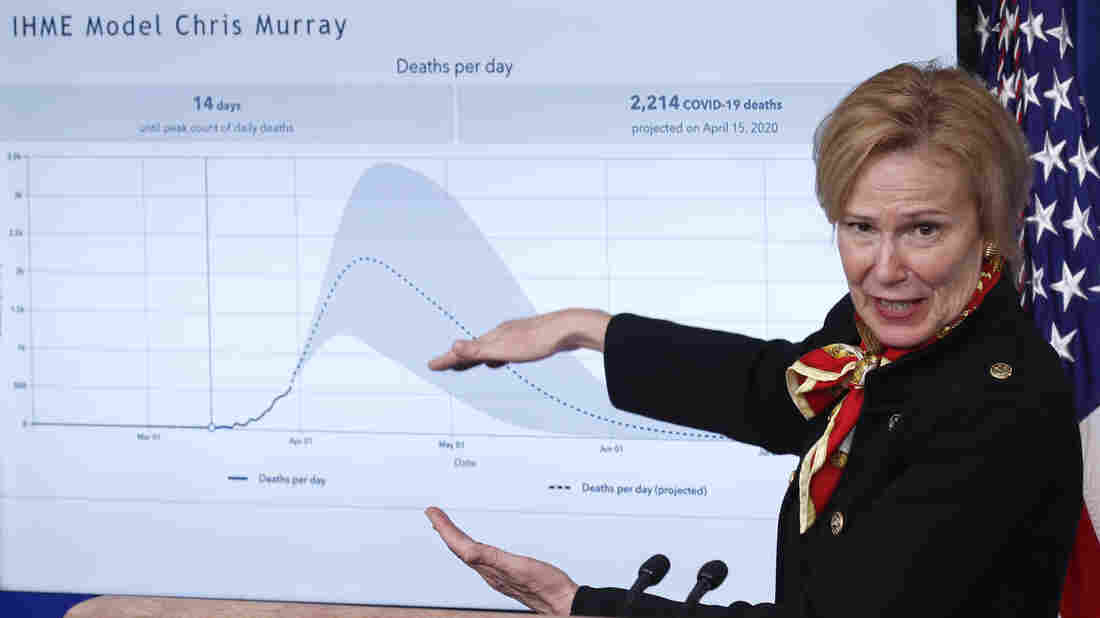 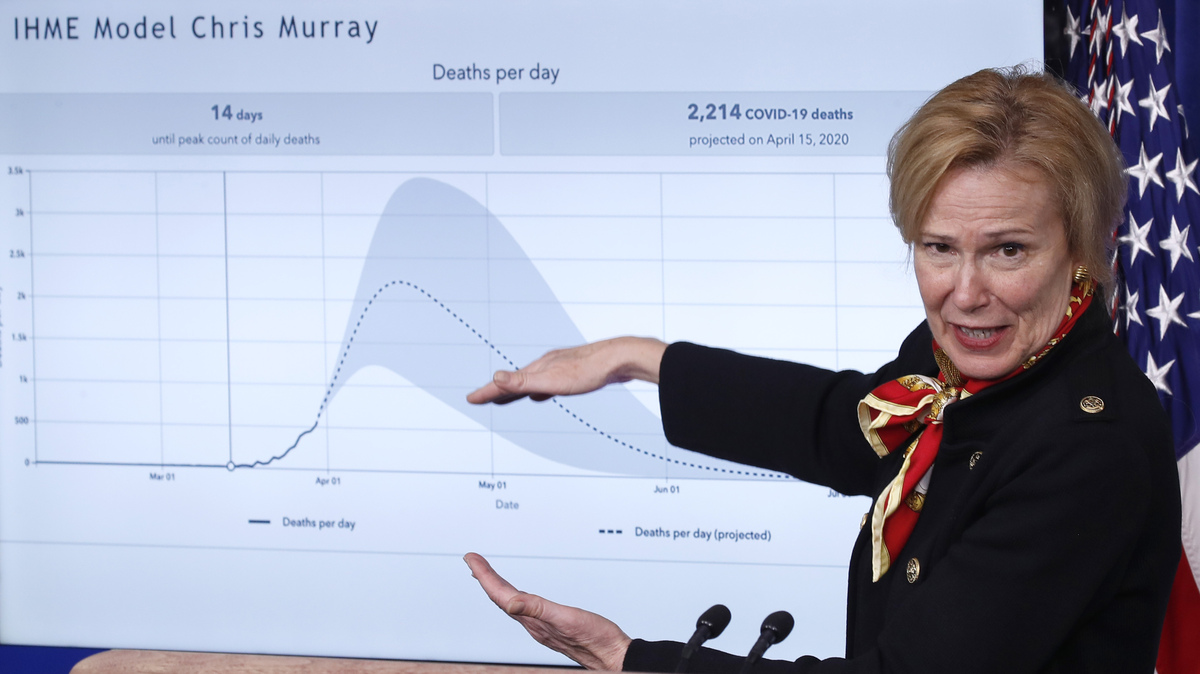 Dr. Deborah Birx, White House coronavirus response coordinator, discussed one of the models used to estimate potential deaths from coronavirus in U.S. during a briefing Tuesday.

At a White House briefing on Tuesday, Dr. Deborah Birx, the coronavirus response coordinator, laid out a grim vision of the future.

The best computer models, she said, predict that between 100,000 and 200,000 Americans will die from COVID-19 during the coming months, even if the country continues the strict social distancing measures that most states have adopted. Relaxing those restrictions would send the toll much higher.

It would be a shocking escalation in the epidemic's death toll. So far, the epidemic has claimed fewer than 4,000 lives in the United States, and roughly 40,000 worldwide.

Yet when Birx was pressed about whether this dark future is inevitable, or can still be avoided, she equivocated. "We really believe and hope every day that we can do a lot better than that," she said.

The models – in particular, a model developed by Chris Murray, at the University of Washington – assume that the future of the epidemic will play out much like the recent past, Birx said. "If you ask Chris Murray, he would say he's using the information coming out of New York and New Jersey and applying that to potentially other states having the same outcomes."

Birx is hoping that New York and New Jersey turn out to be unusual. Some states, like Washington and California, have managed to avoid the spikes in coronavirus infections that overwhelmed New York City. If other states manage to duplicate that experience, it would change the model's assumptions about the epidemic's trajectory.

Dr. Anthony Fauci, director of the National Institute of Allergy and Infectious Diseases, also says he's hoping for fewer deaths – but people should prepare for what the models now predict. "Is it going to be that much? I hope not. But being realistic, we need to prepare ourselves, that that is a possibility," he said.