Accessibility links
Cruise Ship Struggling With COVID-19 Headed To Florida : Coronavirus Live Updates A cruise ship with four dead and nearly 200 people who have been sick with suspected COVID-19 may dock in Fort Lauderdale if cruise company executives and public officials can agree on a plan. 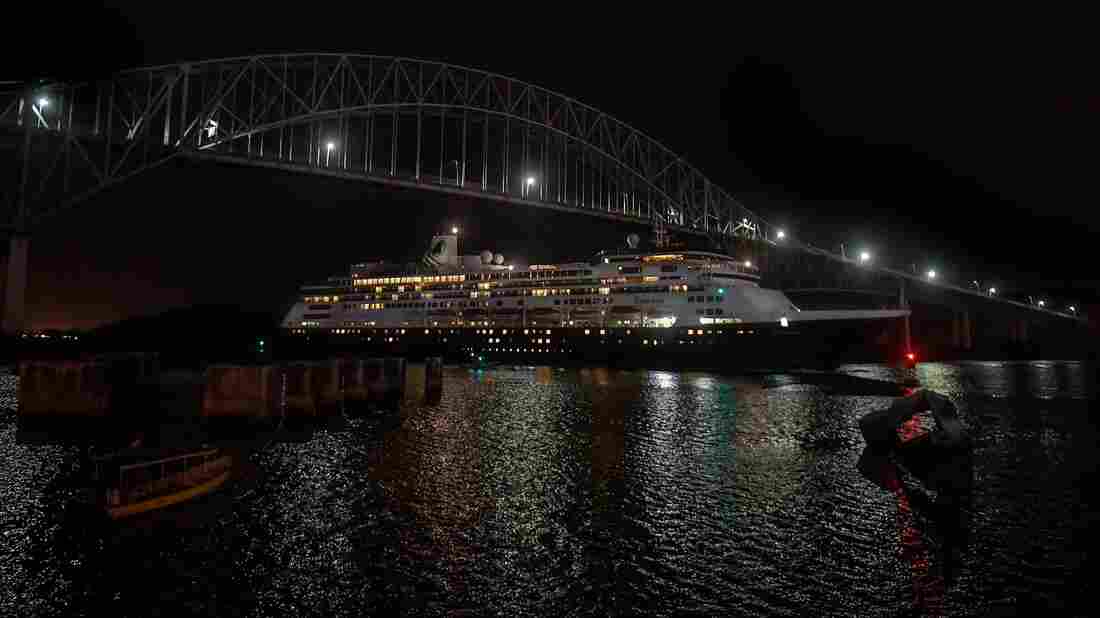 Holland America's cruise ship Zaandam navigates through the Panama Canal on Sunday. Passengers and crew, some of whom may have COVID-19, have been stranded on the ship while looking for a country to accept them. Luis Acosta/AFP via Getty Images hide caption 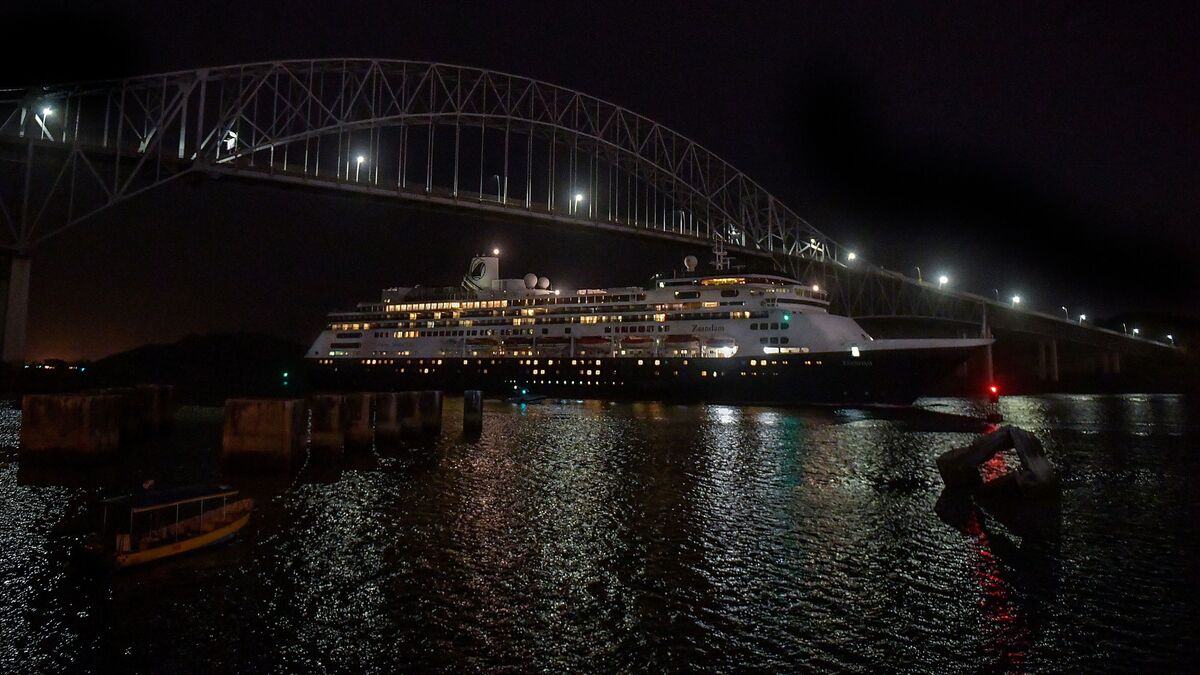 Holland America's cruise ship Zaandam navigates through the Panama Canal on Sunday. Passengers and crew, some of whom may have COVID-19, have been stranded on the ship while looking for a country to accept them.

A cruise ship with four dead and nearly 200 people who have been sick with suspected COVID-19 may be allowed to dock in Fort Lauderdale, Fla. The Holland America ship Zaandam has been denied permission to disembark passengers by several countries.

Executives with the cruise line's parent company, Carnival, are working with the Coast Guard, the Centers for Disease Control and Prevention, and local officials in Florida's Broward County on a plan that would allow healthy passengers to disembark.

Under the plan Carnival is discussing with Broward County officials, the company would charter planes and buses to take healthy passengers directly from the port in Fort Lauderdale to their destinations. Among the many foreign passengers on the cruise, Carnival says there were 250 Canadians, 120 Australians, plus passengers from Ireland, the United Kingdom and other European countries.

Although nearly 120 crew members and 76 guests have been sick with flu-like symptoms, Carnival vice president Bill Burke says at least 60 have totally recovered. Seven people are sick enough that they're being treated in the ship's medical center. Two are so sick, the company has asked Mexico for permission to take them there for treatment. Burke said Mexico has refused. Speaking in person at the County Commission meeting, he said, "We are coming to the place of last resort. Now, I hope that those two people we would like to medevac today to Mexico will survive the couple-day transit."

The commission deferred action until a plan is finalized that gives the county assurances sick passengers and crew members from the Zaandam won't be a burden on area hospitals. Broward County Commissioner Nan Rich says once the plan is finalized, the ship should be allowed to dock. She said, "These people have been turned away from so many countries, one after the other. We are their last hope. What are we going to do? Let the ship go back out to sea and just float around and let people die? I don't think so."

The Zaandam is expected to arrive Thursday. Carnival says another of its cruise ships, the Coral Princess, is due to arrive in Fort Lauderdale on Saturday. It also has sick people on board.