Accessibility links
Nearly Half A Million Companies In Germany File For State Funds To Pay Workers : Coronavirus Live Updates As Europe's largest economy gets hit with COVID-19, a German government financial aid program will make up some of the lost income for millions of employees. 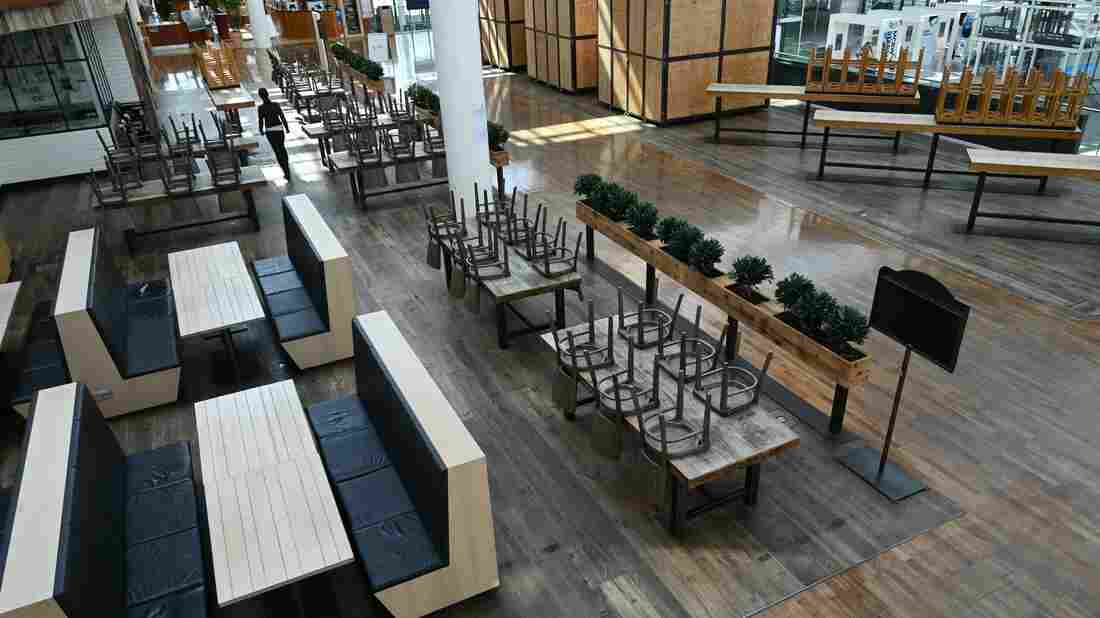 A woman walks at a closed restaurant in an empty terminal at the airport in Munich. Businesses across Germany have closed or cut back hours because of the new coronavirus. Christof Stache/AFP via Getty Images hide caption 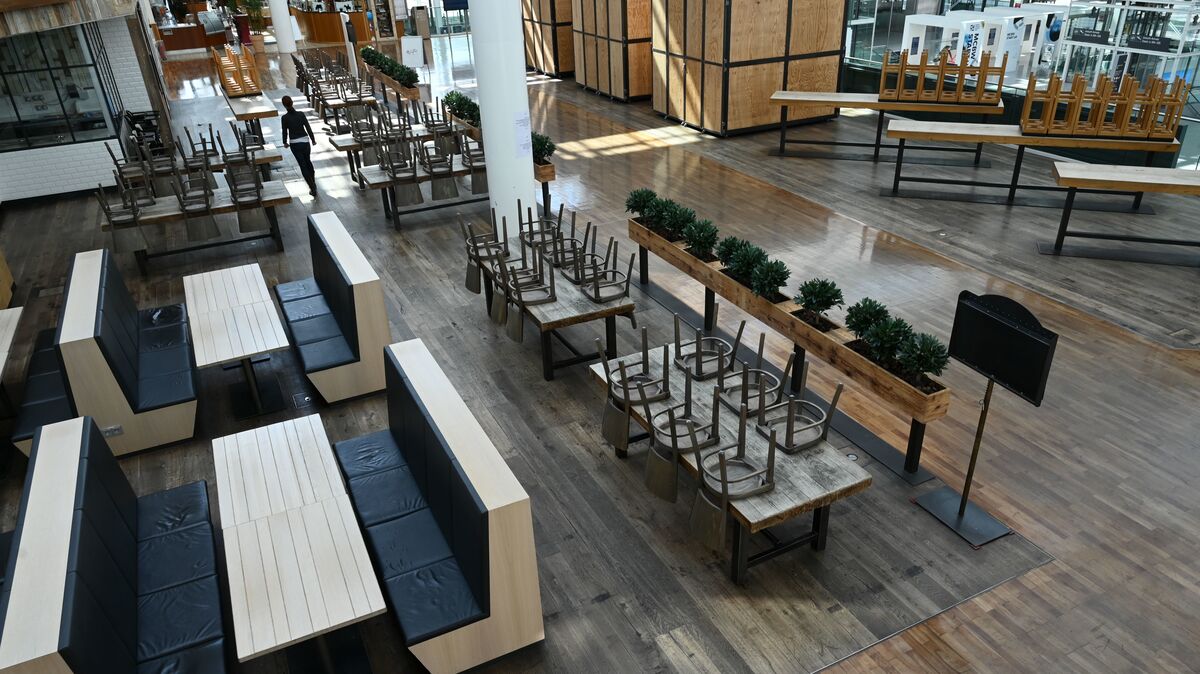 A woman walks at a closed restaurant in an empty terminal at the airport in Munich. Businesses across Germany have closed or cut back hours because of the new coronavirus.

In Germany, nearly half a million companies have applied for government funds to support employees with reduced work hours, as the country with the largest economy in Europe pushes to contain the new coronavirus.

Heavy restrictions on public life, an export slump because of nations' lockdowns and broken supply chains throughout industry have meant millions of Germany's workers are eligible for public financial aid.

Known as Kurzarbeit, the government's compensation program allows firms to reduce employees' hours while the state provides much of the lost income, a cushion meant to help them avoid layoffs.

Some 470,000 companies have filed for the program so far. Bloomberg News reported that the applications suggest 9 million workers — about a fifth of Germany's workforce — could be affected by the work hour cuts.

The benefits could also be possible for around 1.3 million municipal employees this year, according to Germany's Association of Local Employers.

Germany has registered more than 73,200 confirmed cases of COVID-19 and more than 800 deaths. It is a lower rate than some of the other hard-hit European countries, but the virus is dealing an economic blow.

Twenty times more companies have filed for the Kurzarbeit to help deal with coronavirus reductions than the number that used the federal subsidy during the global financial crisis a decade ago.

Federal Employment Minister Hubertus Heil says unemployment will increase in Germany for the first time in many years, but that the compensation system should soften the blow.