Biden Says It's 'Hard To Envision' Democratic Convention As Planned

Biden Says It's 'Hard To Envision' Democratic Convention As Planned 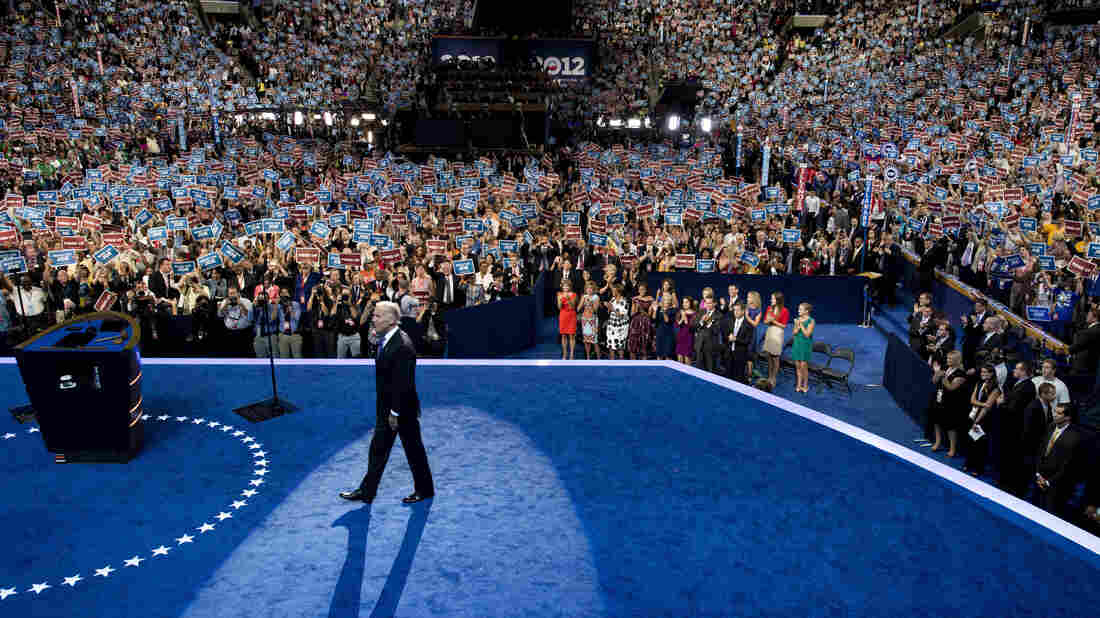 Joe Biden takes the stage at the Democratic National Convention in 2012. He said it's "hard to envision" a similar scene this year. Brendan Smialowski/AFP via Getty Images hide caption 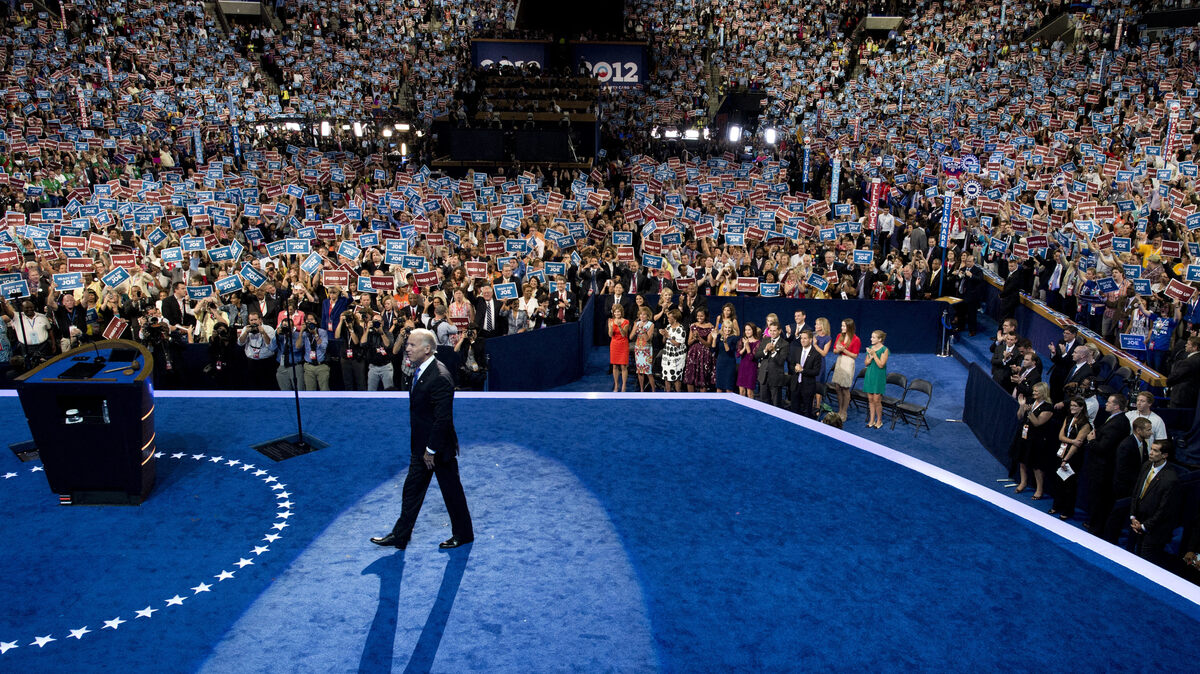 Joe Biden takes the stage at the Democratic National Convention in 2012. He said it's "hard to envision" a similar scene this year.

"The fact is, it may have to be different," the leading Democratic presidential candidate said in an interview with MSNBC on Tuesday night.

Drive-thru voting? A virtual Democratic convention? @JoeBiden talks about the changes we could see to the 2020 election because of #coronavirus.

In a statement provided to NPR on Wednesday, Democratic National Convention Committee CEO Joe Solmonese said that as planning goes on for the convention, "we will balance protecting the health and well-being of convention attendees and our host city with our responsibility to deliver this historic and critical occasion."

The former vice president also predicted a rise in absentee voting and the use of other alternatives to traditional in-person voting come November, something already seen in states planning primaries this spring.

This comes as more than a dozen presidential primary elections have been delayed as a result of the coronavirus pandemic.

Biden also said the date of the November presidential election should not be changed, regardless of how Americans end up voting.

"There would be no rationale for eliminating or delaying the election; it may be virtual," he added.

Biden went on to advocate for all states working toward providing a "secure, remote voting possibility."

"This is about making sure that we're able to conduct our democracy while we're dealing with a pandemic," Biden said. "We can do both."

The former vice president has not yet surpassed the threshold of 1,991 delegates needed to secure the Democratic presidential nomination, but he has established a solid lead that his rival, Vermont Sen. Bernie Sanders, has acknowledged would be very difficult to overcome.

According to NPR's delegate tracker, Biden has 1,217 total pledged delegates. Sanders would need more than 64% of the remaining delegates to obtain the nomination.