Accessibility links
In 'Big Adjustment,' Some European Countries Push For Residents To Wear Masks : Coronavirus Live Updates Austria, the Czech Republic and Slovakia have issued strong recommendations or orders for people to don face coverings in certain public places — though lots of their neighbors continue to disagree.

In 'Big Adjustment,' Some European Countries Push For Residents To Wear Masks

In 'Big Adjustment,' Some European Countries Push For Residents To Wear Masks 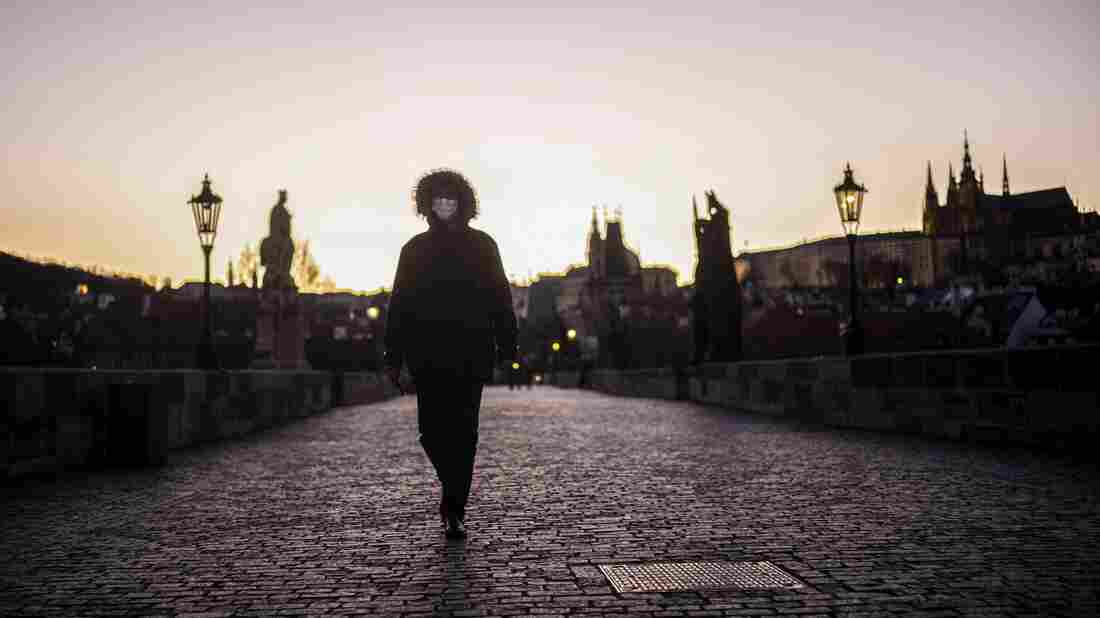 A man wearing a face mask crosses the Charles Bridge in Prague on Tuesday. The Czech Republic is one of a handful of places throughout Europe now mandating that residents wear face masks when they leave their homes. Michal Cizek/AFP via Getty Images hide caption 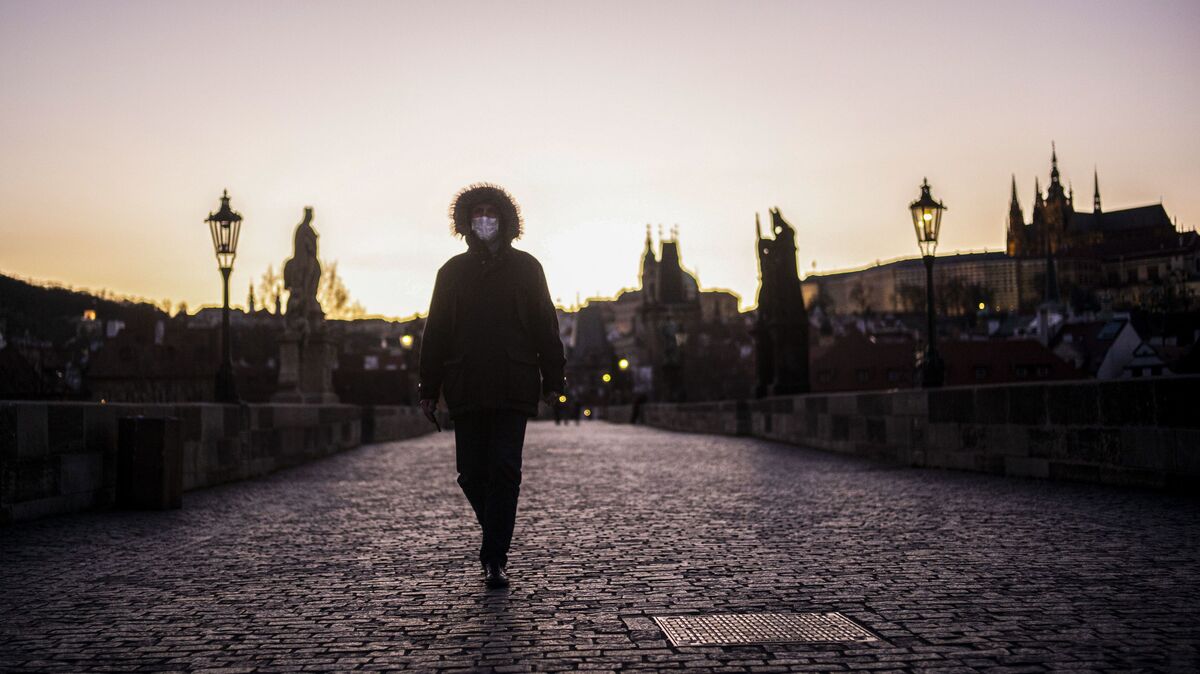 A man wearing a face mask crosses the Charles Bridge in Prague on Tuesday. The Czech Republic is one of a handful of places throughout Europe now mandating that residents wear face masks when they leave their homes.

For weeks, when healthy Americans asked whether they should be wearing face masks in public to help stem the spread of the coronavirus, health authorities in the U.S. have answered with a definitive no. Now, with the Centers for Disease Control and Prevention reviewing its policy, those recommendations may soon change — but in Central Europe, a handful of countries have already made that decision.

Austria, the Czech Republic and Slovakia have recently made it compulsory to wear some form of covering over their mouths and noses when entering certain public spaces. In this respect, they have more closely followed the lead of health authorities in Asian countries — such as China and South Korea, where masks have been strongly encouraged and even widely distributed — than their own neighbors in Europe so far.

"I am fully aware that masks are alien to our culture," Austrian Chancellor Sebastian Kurz said Monday, in explaining that supermarkets were expected to start handing out masks to shoppers on Wednesday. "This will require a big adjustment."

Many health authorities have argued that, given a widespread shortage of personal protective equipment, and given that there's no evidence that masks protect their wearer from infection, masks should be reserved only for medical professionals.

But a sea change has been noticeable recently in some official recommendations, as it becomes clear that people infected with the virus may spread it even if they are not showing symptoms. Thus, some form of facial covering — even if the person is presumed healthy and the mask is improvised — may still be helpful, at least in preventing unknowing sufferers from spreading the virus to others.

Those conclusions, however, are not universally embraced. And many of Austria's neighbors have resisted making this "adjustment" on a nationwide scale. 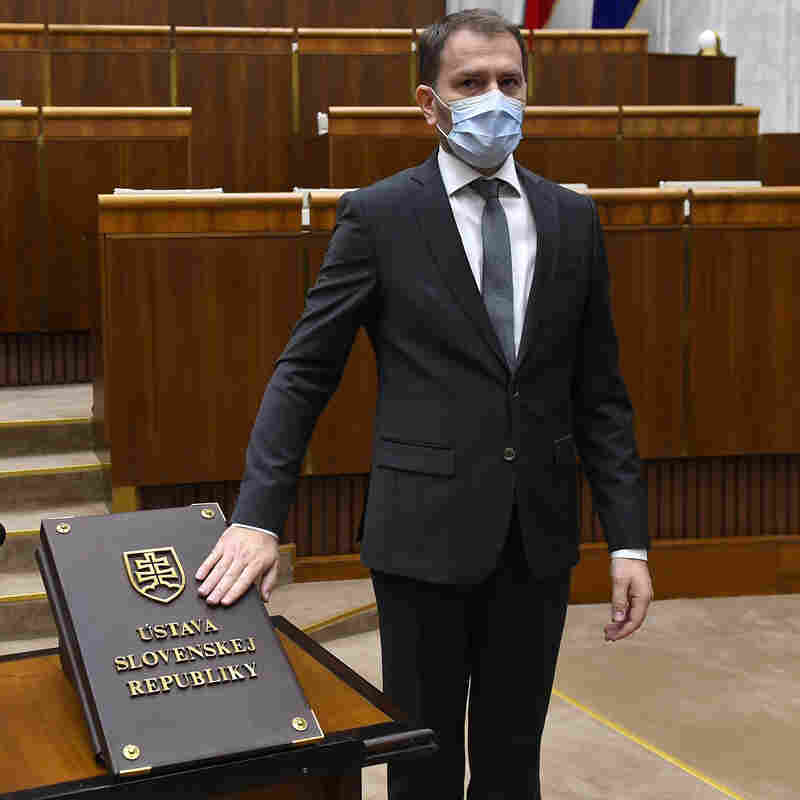 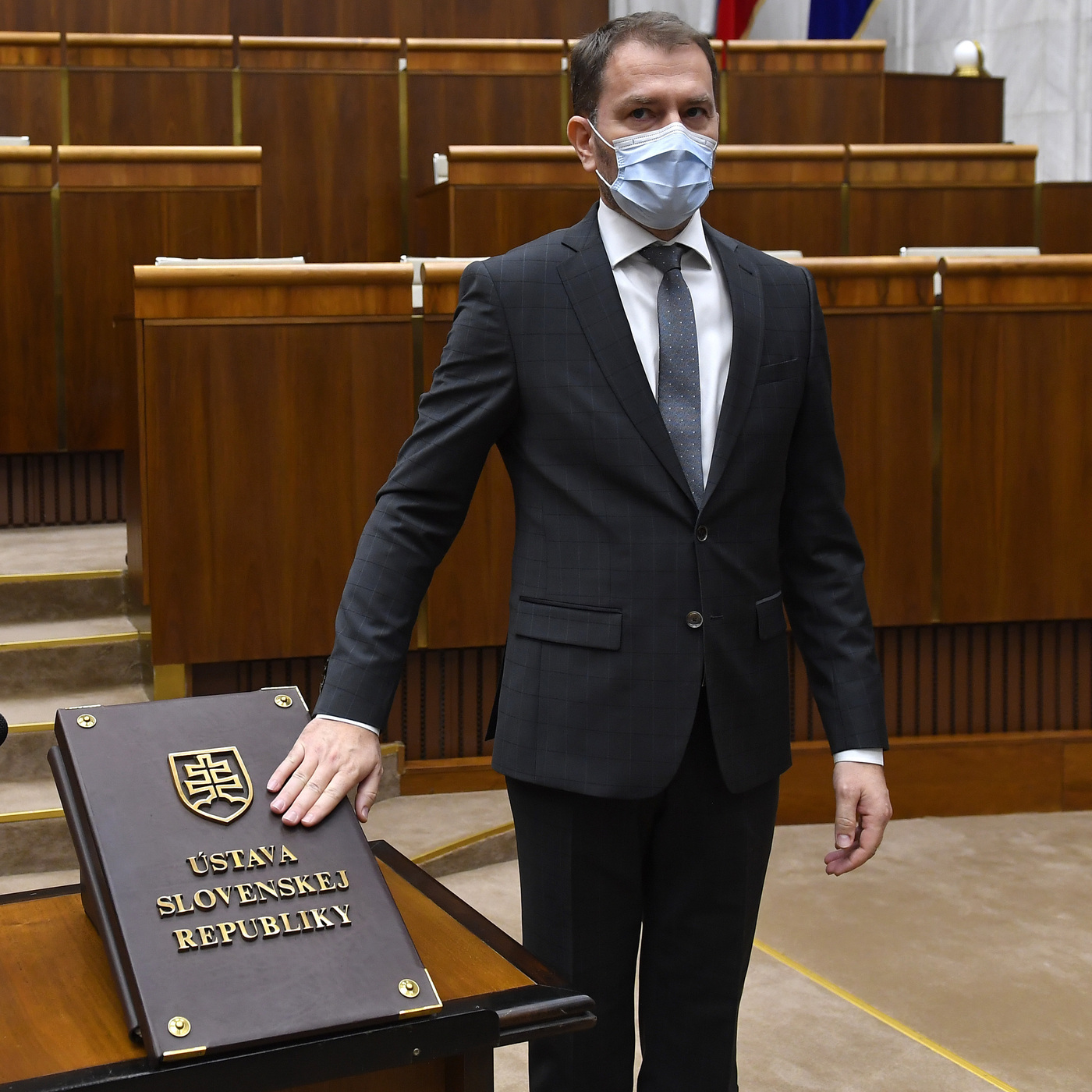 Slovakian Prime Minister Igor Matovic, while wearing a face mask, takes the oath during the inaugural session of the new Parliament in Bratislava last month.

Jena, a city in eastern Germany, announced this week that within several days it will be compulsory to wear a mask in supermarkets and on public transit — but the German government as a whole has issued no such recommendation. Speaking anecdotally, NPR's Rob Schmitz, who is based in Berlin, reports he was the only shopper he saw on a recent visit to the supermarket wearing a mask.

"Everyone stared at me," he observed, referring to a trip Saturday, "and some of them even gave me angry looks."

As of Wednesday afternoon, the European Centre for Disease Prevention and Control continued to discourage the use of face masks, noting that "it is possible that the use of face masks may even increase the risk of infection due to a false sense of security and increased contact between hands, mouth and eyes while wearing them."

That has not stopped Slovakia, along with several of its neighbors, from proceeding with its own push for residents to wear them. In fact, when President Zuzana Čaputová swore in the country's new governing coalition last month, each new member of the country's highest echelon of power — including new Prime Minister Igor Matovic — pledged their oath of office through a mask.

And the Czech Prime Minister, Andrej Babiš, would like to see the U.S. follow their example. On Sunday, he encouraged President Trump to wear a simple cloth mask and "try tackling virus the Czech way."

Mr. President @realDonaldTrump, try tackling virus the Czech way. Wearing a simple cloth mask, decreases the spread of the virus by 80 %! Czech Republic has made it OBLIGATORY for its citizens to wear a mask in the public. Pls retweet. God bless America!https://t.co/BATFV8l3ob