Accessibility links
National Guard To Help In Wisconsin Election As Sanders Calls For Delay : Coronavirus Live Updates Despite the coronavirus outbreak and a dire shortage of poll workers, Wisconsin is still going forward with a statewide election on April 7. 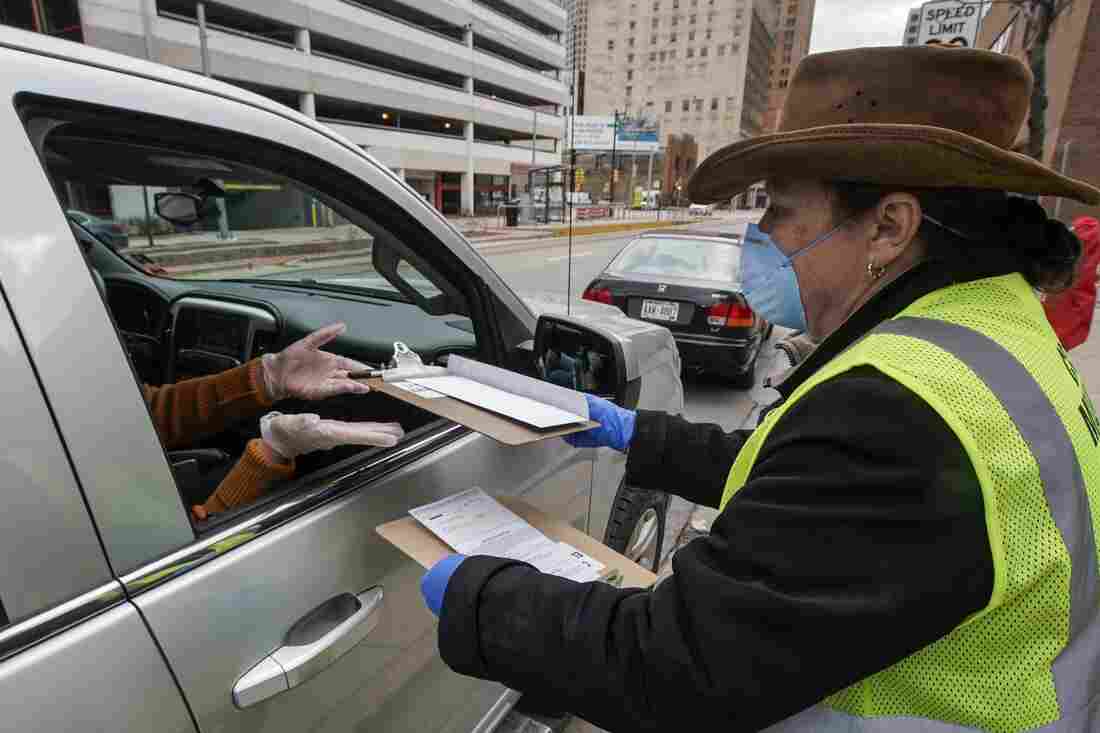 Jill Mickelson helps a drive up voter outside the Frank P. Zeidler Municipal Building Monday March 30, 2020, in Milwaukee. The city is now allowing drive up early voting for the state's April 7 election. The state is facing renewed calls to postpone the election amid the coronavirus outbreak. Morry Gash/AP hide caption 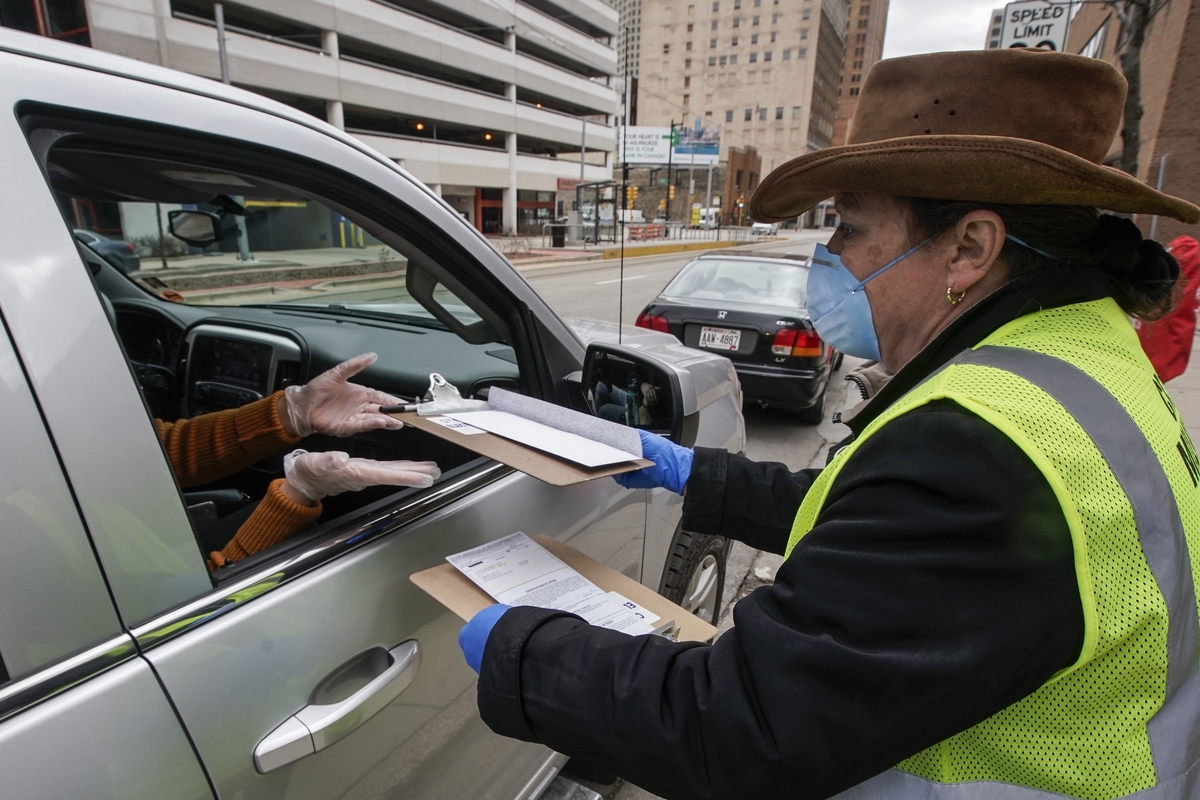 Jill Mickelson helps a drive up voter outside the Frank P. Zeidler Municipal Building Monday March 30, 2020, in Milwaukee. The city is now allowing drive up early voting for the state's April 7 election. The state is facing renewed calls to postpone the election amid the coronavirus outbreak.

Democratic presidential candidate Bernie Sanders said Wednesday that Wisconsin should postpone next week's scheduled primary election amid the coronavirus outbreak, even as the state's governor said he was turning to the National Guard to help staff polling places on April 7.

"People should not be forced to put their lives on the line to vote, which is why 15 states are now following the advice of public health experts and delaying their elections," said Sanders in a statement. "We urge Wisconsin to join them. The state should delay Tuesday's vote, extend early voting and work to move entirely to vote-by-mail. While we wait for a decision, we urge our supporters to vote-by-mail."

The state is going forward with the election, which includes the presidential primary, because numerous state and local offices are on the ballot that have terms that expire in April.

A federal judge is hearing arguments Wednesday in a lawsuit from a broad coalition of Democratic and voting rights groups arguing the election should postponed.

Gov. Tony Evers, a Democrat, defended the state's decision on Wednesday in an interview on NPR and WBUR's Here & Now.

"I have spent literally days encouraging people to vote absentee and we have had significant successes. This is the largest absentee ballot we've had for a primary in the history of Wisconsin," said Evers.

More than a million absentee ballots have been requested — a record — but the state also plans to offer limited in-person voting, even as the state election commission warned Tuesday it is short nearly 7,000 poll workers because volunteers are concerned about being exposed to the coronavirus while serving.

The state plans to call in the National Guard to staff polling sites, according to a brief filed Tuesday in federal court on behalf of Evers.

"Governor Evers has agreed to use members of the Wisconsin Army National Guard to assist as poll workers, but it is anticipated that the assistance of the National Guard will not satisfy all of the current staffing needs," wrote Assistant Attorney General Hannah Jurss.