Accessibility links
Moscow To Launch New Surveillance App To Track Residents In Coronavirus Lockdown : Coronavirus Live Updates Muscovites will have their movements followed through a program required on their smartphones. They will also have to carry a new QR code with their personal data. 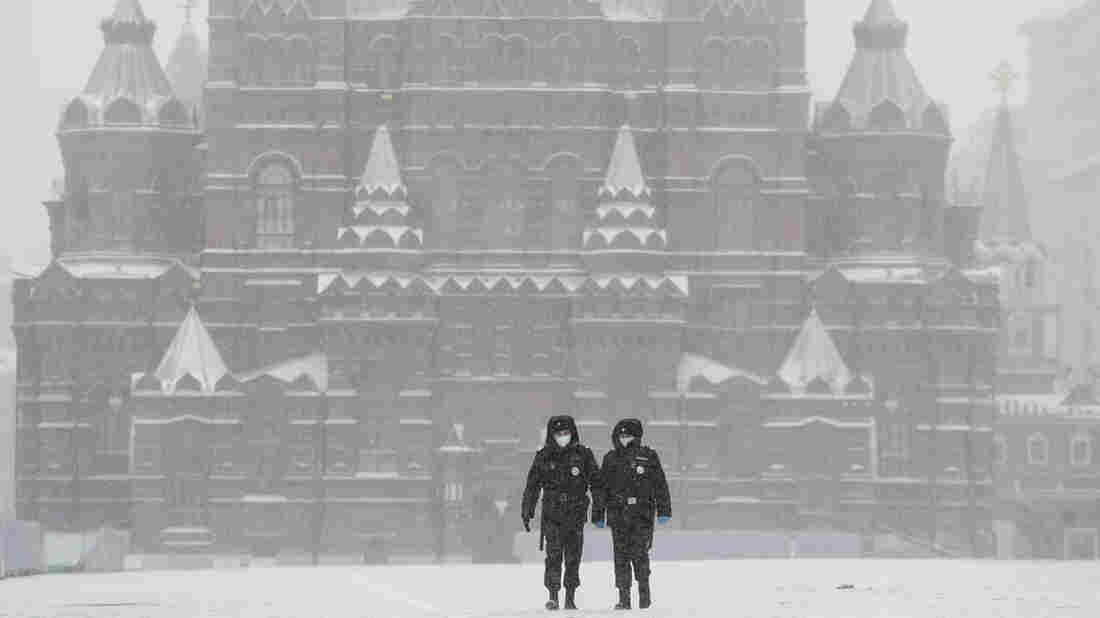 Police officers walk across an empty Red Square in Moscow on Tuesday, as the Russian capital goes into lockdown to stem the spread of the new coronavirus. Pavel Golovkin/AP hide caption 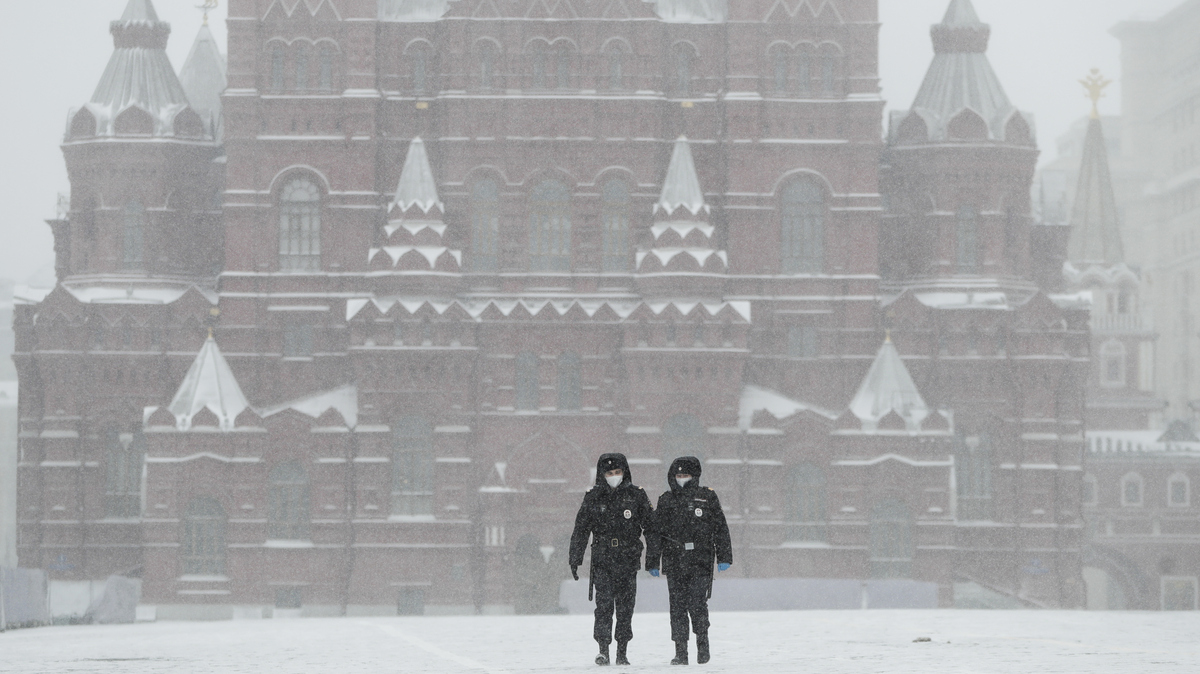 Police officers walk across an empty Red Square in Moscow on Tuesday, as the Russian capital goes into lockdown to stem the spread of the new coronavirus.

City authorities in Moscow are rolling out new digital "social monitoring" tools targeting the public, after what officials say were constant violations of the city's quarantine imposed this week to fight the spread of the new coronavirus.

Under restrictions in place since Monday, most of the city's 12 million residents must remain indoors, barring a few exceptions — like trips to the supermarket or pharmacy, taking out the trash or briefly walking the dog.

But starting Thursday, Muscovites will have their movements tracked through a mandatory app required on their smartphones. Don't have one? The city says it will lend out devices.

"The main goal is, together with the patient, encourage that he does not go outside," said Eduard Lysenko, the head of the city's Department for Information and Technology, in an interview with Echo of Moscow radio.

In addition, Moscow residents will be obligated to register for a government-issued QR code — a small square matrix bar code containing personal data. What information the codes will hold isn't yet clear. But Russians must present it on their smartphones or carry a printout of their QR profiles to present to police, when requested. (City officials say they're also preparing to educate the public — and elder Russians, in particular — on what a QR code actually is.)

The new tools will merge with existing street cameras and face recognition software to quickly identify residents who stray from their homes and/or quarantines, say authorities.

Israel Begins Tracking And Texting Those Possibly Exposed To The Coronavirus

Adding incentive to follow the rules, President Vladimir Putin on Wednesday signed a law introducing criminal penalties — including fines and up to seven years in prison — for skipping quarantine and infecting others. The Russian leader also signed legislation granting the government additional powers to declare an immediate national state of emergency, without the parliament's approval.

Yet members of Russia's opposition — no strangers to state surveillance or prisons — are expressing particular unease about a growing digital arsenal the government says will help it fight COVID-19. A state task force on Wednesday reported more than 2,700 cases of infection and 24 deaths from the disease, with the majority of cases in Moscow.

"One thing is clear," wrote Leonid Volkov, a chief strategist of opposition leader Alexei Navalny, on his Telegram channel. "The coronavirus will eventually leave but this digital concentration camp will remain."