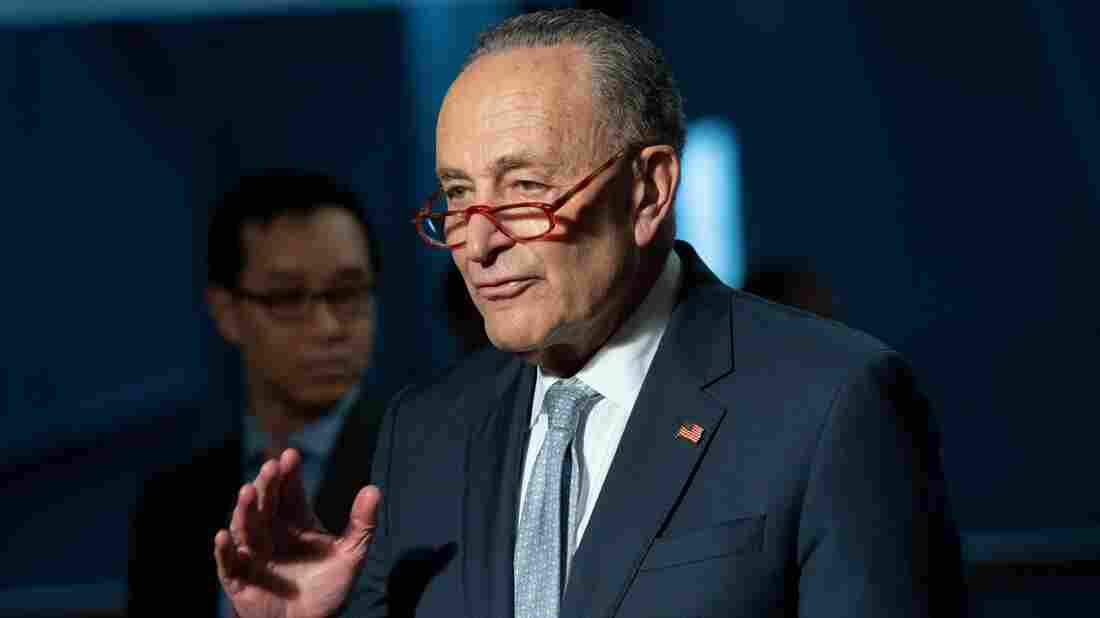 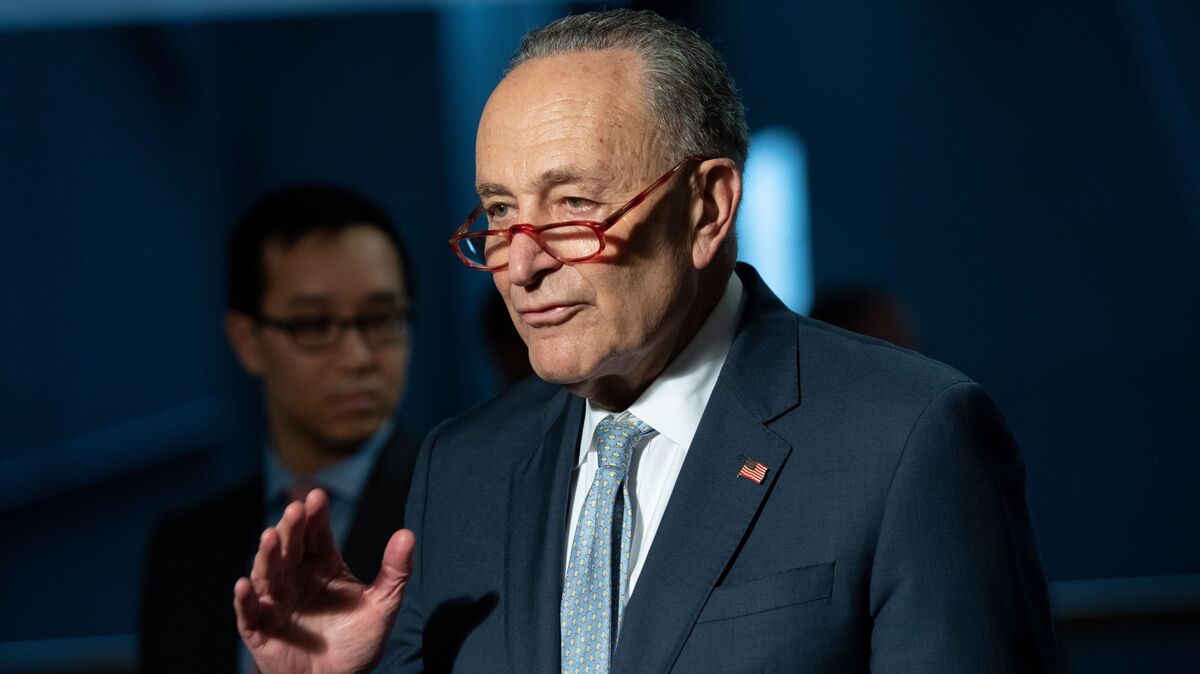 Speaking to NPR's Mary Louise Kelly, the New York Democrat also said there will be another coronavirus relief package, and that legislation should require hazard pay for all frontline workers like nurses, doctors and first responders.

"These nurses, these doctors, health care workers, they're risking their lives," he said. "I'm sure when they walk to work or take the subway to work, they're wondering, will I catch this virus? But they're like the firefighters and police officers and construction workers were heroes of 9/11; these are our heroes today. And they should get hazard pay."

Schumer is currently practicing social distancing from his home in Brooklyn. He said he's been spending most of the time working the phone, except for a couple hours a day when he's responsible for childcare for his young grandson.

The Senate minority leader also said he's been pushing Trump to appoint a distribution czar, ideally a general with logistics experience, to manage the deployment of medical supplies like ventilators and masks to states.

A week after the Senate passed a historic $2 trillion rescue package — the third bill responding to the pandemic — he said Congress "will do" a fourth coronavirus relief package, though his vision for what that bill will prioritize seems to differ some from Trump's suggestion Tuesday of a massive infrastructure bill.

With interest rates for the United States being at ZERO, this is the time to do our decades long awaited Infrastructure Bill. It should be VERY BIG & BOLD, Two Trillion Dollars, and be focused solely on jobs and rebuilding the once great infrastructure of our Country! Phase 4

Schumer said infrastructure investment is a key tool for stimulating the economy, but it might come further down the road.

"I think that the first job is to beat this health care crisis and deal with people who have their immediate problems," he said. "I would not at all be adverse to an infrastructure package. ... It's a longer range view of getting the economy back, but job No. 1 is get those materials to our hospitals and health care workers, get those unemployment checks out."