Accessibility links
Coronavirus Fact Check: Esper Says There Are Calls For Military Shutdown : Coronavirus Live Updates In describing steps the military is taking to confront the pandemic within its ranks, Defense Secretary Mark Esper said a shutdown is "not feasible." He did not say who is recommending such a move.

FACT CHECK: Defense Chief Claims Some Are Calling For Military Shutdown Due To Virus

FACT CHECK: Defense Chief Claims Some Are Calling For Military Shutdown Due To Virus 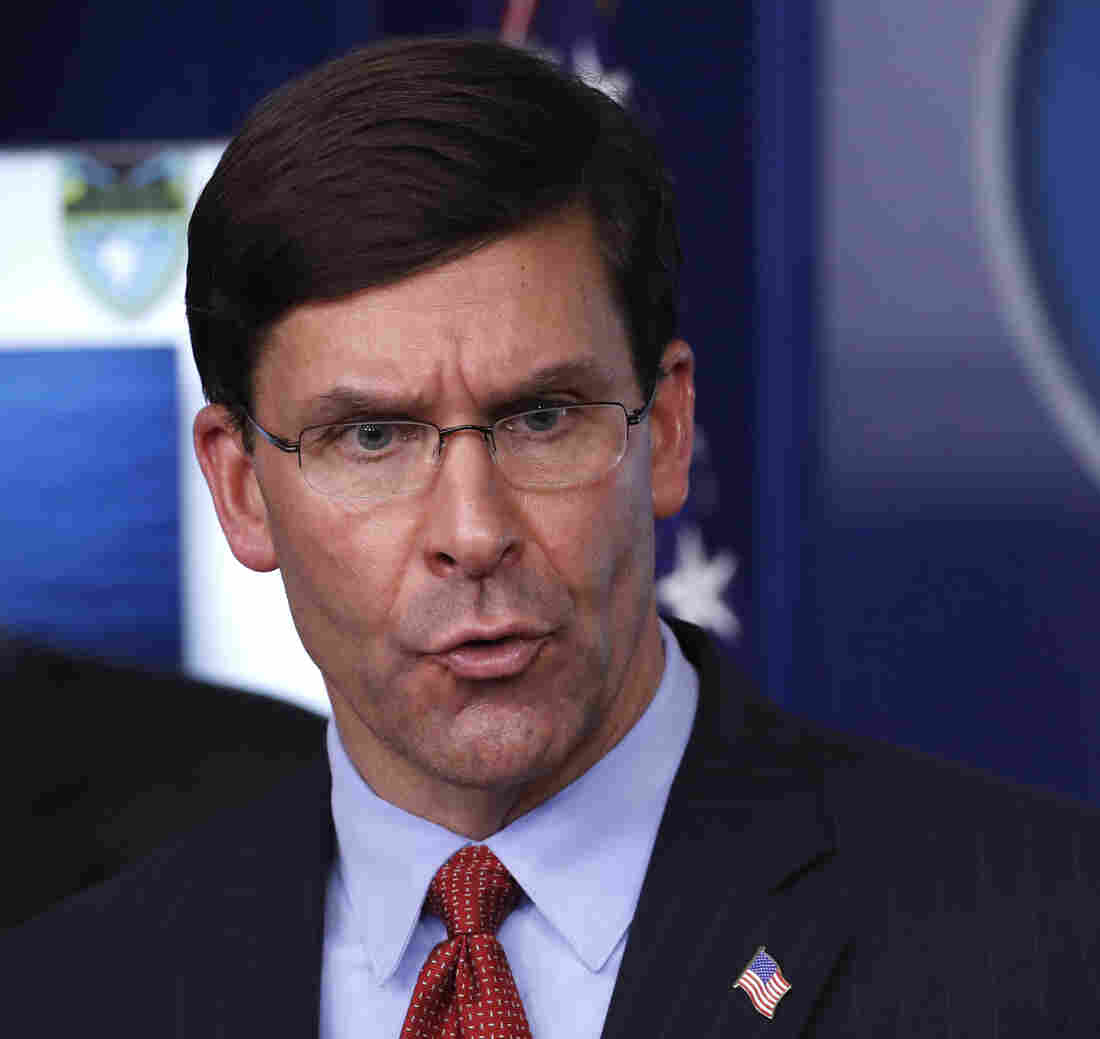 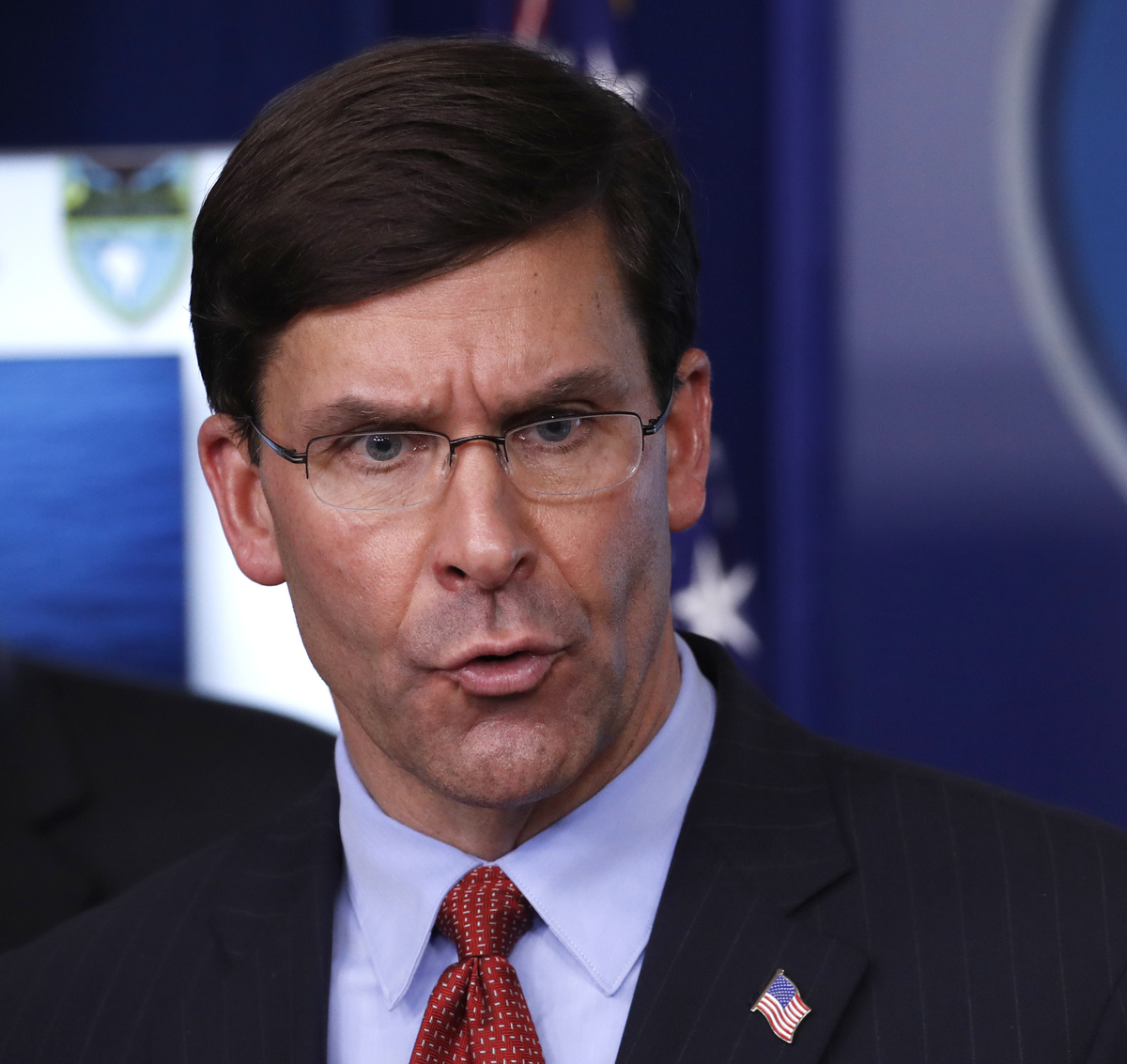 Defense Secretary Mark Esper speaks about the coronavirus in the James Brady Press Briefing Room of the White House on Wednesday.

In describing steps the military is taking to confront the coronavirus pandemic within its ranks, Defense Secretary Mark Esper said Wednesday that some are calling for the U.S. military to cease operations.

"There seems to be this narrative out there that we should just shut down the entire United States military and address the problem that way. That's not feasible," said Esper during the White House's coronavirus task force briefing.

Esper spoke following comments by the Navy's top officer, Adm. Mike Gilday, regarding an outbreak of the novel coronavirus aboard the aircraft carrier USS Theodore Roosevelt. Gilday said 1,000 personnel had already left the ship and another 1,700 would disembark by Friday. The Nimitz-class vessel normally carries a crew of 5,000 to 5,200.

Esper did not say who is recommending a full military shutdown and it's not entirely clear what provoked his comment. Pentagon spokesman Jonathan Hoffman, in an email to NPR, denied there was any exaggeration in Esper's remarks at the White House.

"There were a number of comments online and in articles on the [USS Theodore Roosevelt] stating or implying that since we are 'not at war' we should just stop all our military activity and pull everyone off the ships and stop our training," Hoffman wrote.

The mass disembarkation comes after the commanding officer of the Theodore Roosevelt asked that nearly all personnel be removed from the aircraft carrier and quarantined in Guam, where the ship is now docked. Officials said at least 93 sailors on the ship have tested positive for the novel coronavirus.

Gilday, the Navy's top admiral, said at the White House briefing "we're making great progress in terms of testing" the crew for infection and that the ship remains and will continue to be "fully operational."

As part of the Pentagon's efforts to mitigate the spread of the virus, Esper issued an order last week temporarily putting an end to major movements by U.S. forces around the globe.

"The purpose is to make sure that we're not bringing the virus back home, infecting others, that we're not spreading it around the military," Esper told Reuters.