Accessibility links
States Consider Whether Religious Services Qualify As 'Essential' : Coronavirus Updates Some see Government bans on large public gatherings as attacks on religious freedom when they are applied to houses of worship. 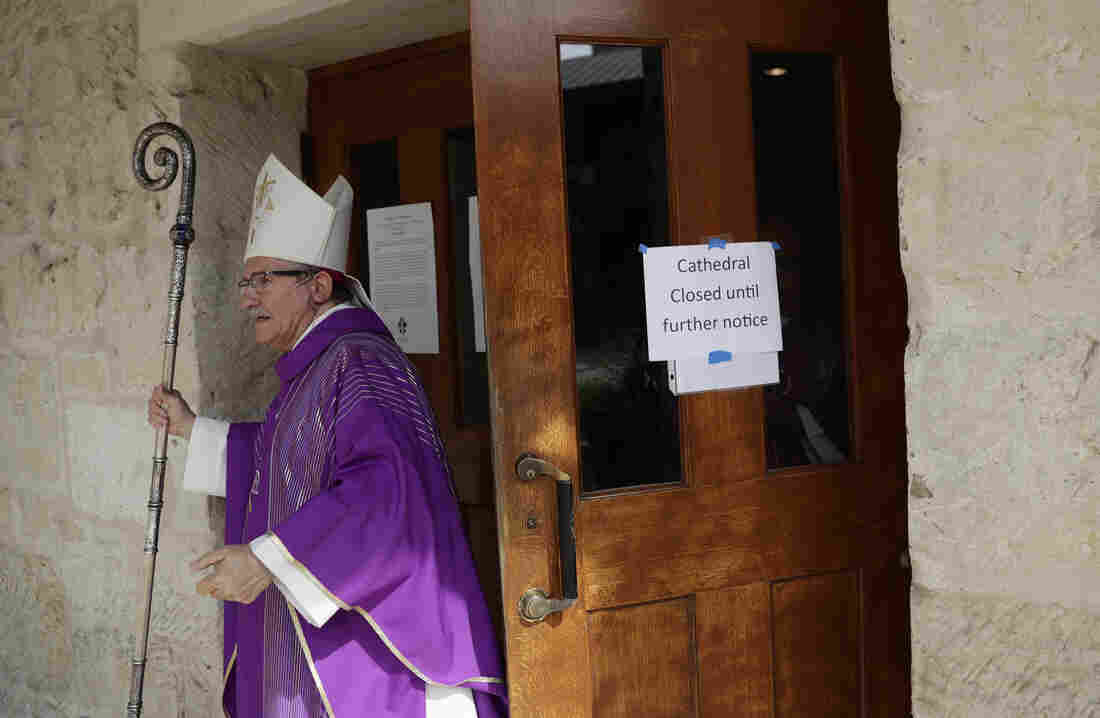 Bishop Michael Boulette exits San Fernando Cathedral after leading a televised service to an empty church in San Antonio, Texas on March 29. Due to the coronavirus outbreak churches in the area are closed and many are televising services or holding services online. Eric Gay/AP hide caption 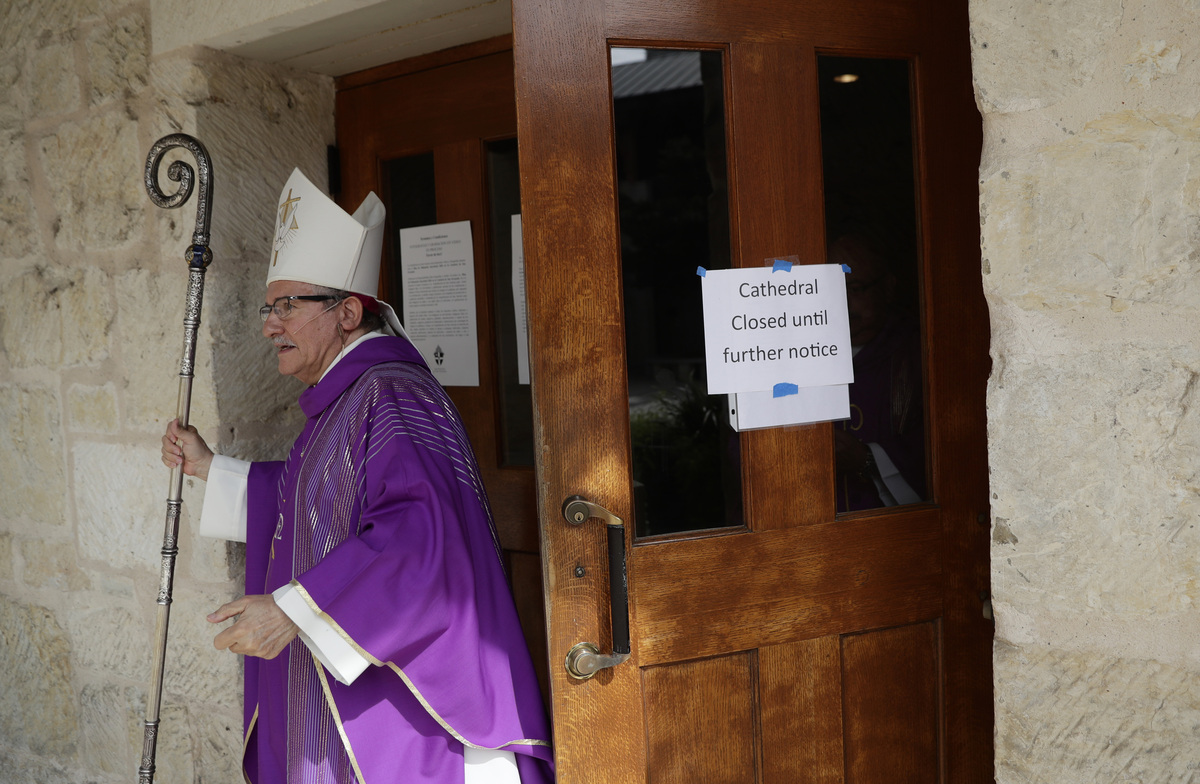 Bishop Michael Boulette exits San Fernando Cathedral after leading a televised service to an empty church in San Antonio, Texas on March 29. Due to the coronavirus outbreak churches in the area are closed and many are televising services or holding services online.

The nationwide move to close churches, synagogues and mosques as part of the broader effort to slow the spread of the coronavirus is meeting some new resistance.

In a new "safer-at-home" order banning many activities, Florida Governor Ron DeSantis Wednesday said "attending religious services" is among the "essential" activities that would be permitted. The order came two days after the arrest of a Tampa pastor, Rodney Howard-Browne, who held worship services in defiance of a local ban on large gatherings. That ban is now effectively overruled.

Governors in several other states have also designated houses of worship as providing essential services and thus exempt from shutdown orders. Those provisions have come in the wake of criticism, largely from conservatives, that any order to close churches constitutes a violation of the principle of religious freedom.

"Why is it the church can't meet when it has a constitutional right to do so and has undertaken extraordinary efforts to protect people, but commercial businesses can meet with no constitutional protections and many do nothing to protect anyone?" the organization said in a press release.

A coalition of Catholic leaders on Wednesday similarly issued an open letter calling on authorities to recognize religious services as essential and pleading for the allowance of "some form of a public mass," especially at Easter.

Many churches and other houses of worship have been forced to close in response to government bans on public gatherings of more than ten people. It is not yet clear whether the broadening move to include religious institutions as essential will allow churches, synagogues, and mosques to reopen.

In several states that do not explicitly mandate church closures, religious leaders are strongly recommended to suspend services.

An executive order issued Tuesday by Texas Governor Greg Abbott explicitly designated religious worship as essential and thus exempt from a mandate that "every person" in the state "minimize social gatherings" and "in-person contact," and it overruled the local bans on large gatherings that had forced the closure of many Texas churches.

Legal guidance issued in connection with Abbott's executive order, however, advised that houses of worship "must, whenever possible," conduct their activities remotely.